Alan Fielden with JAMS: Marathon at the Barbican 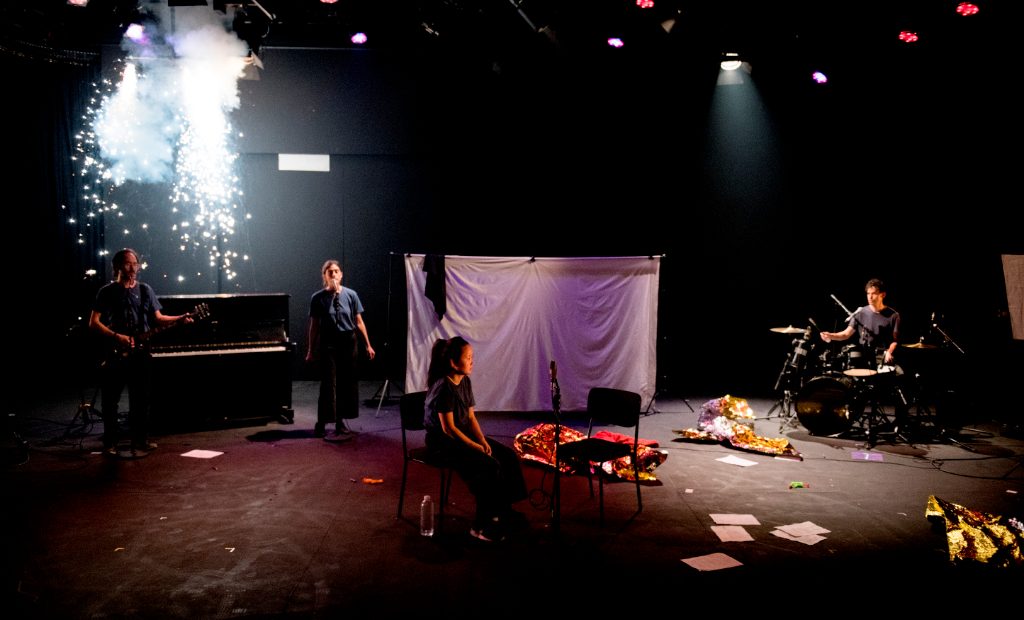 Alan Fielden with JAMS: Marathon at the Barbican | Theatre review

It has been proved that the now common use and abuse of technology and the modern fragmented reading habits the online infinite world is getting us accustomed to, in the long-term, lead to short-memory and lack of lasting focus. And that is exactly what the protagonists of Marathon are experiencing in this new experimental theatre piece.

Alan, Sophie, Malachy and Jemima are trying to re-enact the Greek myth of the man who ran across two countries to deliver to the King the message of the army’s defeat. Near the frontline, the people seem not to be aware of the conflict, and the communication is a real struggle. The rehearsals for the play are harder than what is foreseen, as the memories of parts of the group’s past performance of their show emerge randomly and, even in a collective attempt to remember, the sequences appear inconsistent and confused.

A characteristic technique used by the company, winner of the Oxford Samuel Beckett Theatre Trust Award, is the creation of the production through jamming, thus the narrative is intrinsically threaded with sounds. The music element is a great feature of this work, from the clapping to the mimicking noises made by mouth to the live music. Though there is a melodious flow to the work, having a lot of pauses and silences cutting through the play risks plunging proceedings into an excessively slow rhythm.

The root of the disjointed stage practice is identified quite late in the piece. The toil of the characters and their difficulties even in interacting among themselves are very well performed, but it would have benefited the show to scatter a couple more references about the origin of their problem across the runtime.

The four actors operate the lights, move the props and set the special effects themselves, as a real work-in-progress is opened up to the audience. On the stage, there are yellow foils theatregoers may recognise from recent news bulletins as the blankets used to cover the rescued migrants; there are other subtle, effective uses of these technical aspects, like the kitch neon light signalling the presence of corpses, or the smoke hiding and making (in)visible the depicted mental confusion. The curated presence of these objects, without being too overwhelming, is a wonderful communicative extra.

In its broken staging, Marathon provides a scary representation of the development of our super-efficient, multi-tasking habits and is an acute, multi-faceted representation of our fragmented society. Paradoxical sequences spur laughs from time to time, however, they are always pointing to likely scenarios we may all be subject to one day.

Alan Fielden with JAMS: Marathon is at the Barbican from 20th September until 29th September 2018. For further information or to book visit the theatre’s website here.

Read our interview with Alan Fielden and JAMS about the making of Marathon here. 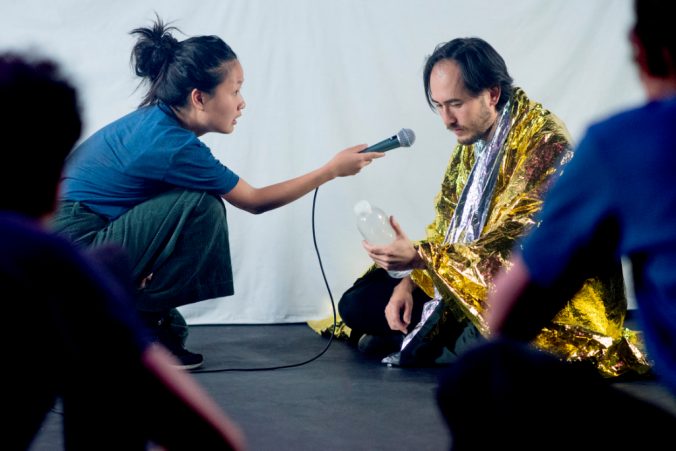 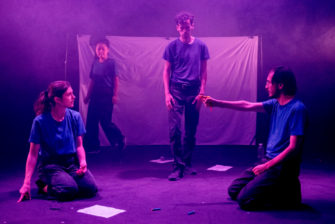 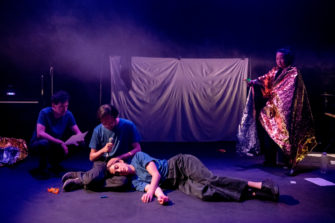 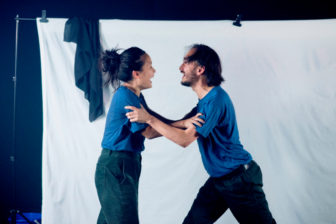 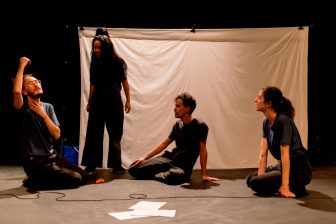 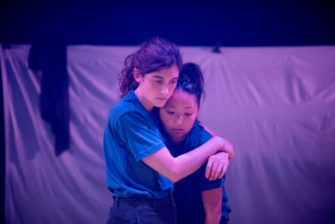