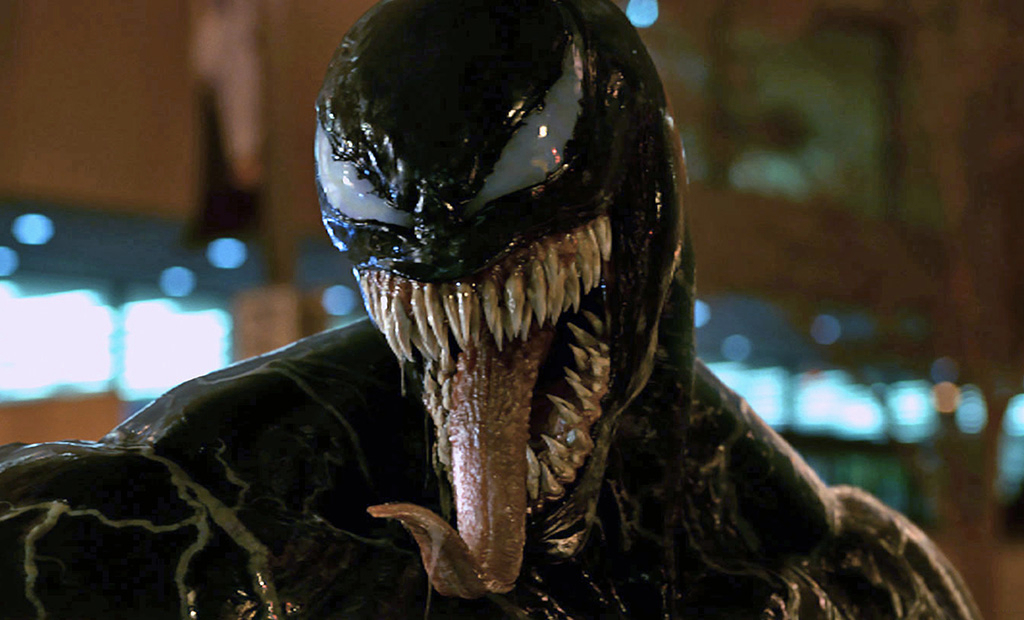 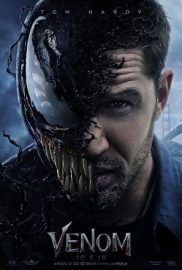 The Venom hype has recently dropped to depressingly low levels with news such as Tom Hardy claiming that his favourite 40 minutes were cut, and Ruben Fleischer already teasing a director’s cut, neutralising high expectations. Fortunately – or unfortunately – this painfully generic superhero movie reaches the low bar set for itself. One can tell Venom will be substandard when it opens with a Pusha T song that’s autotuned.

Based in San Francisco, Eddie Brock (Hardy) is a charismatic journalist who trusts his instincts more than his boss when he’s assigned to interview Carlton Drake (Riz Ahmed), the shady survivalist conducting dangerous experiments using symbiotic organisms in a fortress tucked in the Marin Headlands. One of his rogue creations escapes and finds its way to Brock, who’s at a low point in his career after losing his job and separating from his partner Anne Weying (Michelle Williams).

The parasite turns Brock into a raging carnivore, effectively making him the biggest enemy of the Bay Area. The host inherits an inner voice when he fuses with Venom, the self-appointed name of the symbiote, and the cringey relationship between the two is reminiscent of Stephanie Meyer’s The Host. Though, unlike Saoirse Ronan, Hardy redeems his grating inner voice with some disarmingly laugh-out-loud lines. Other times though, his dialogue is funny for the wrong reasons, informing the most over-the-top performance by a prestigious actor since Jake Gyllenhaal’s turn in Okja.

Red flags were raised in the road to release but the biggest one was hoisted long ago when Spider-Man was known to be out of the picture. The characterisation of Venom fundamentally doesn’t work without Spider-Man, the source of the primary motivation, powers and conflict for him. This independent take on the character suffers from the same issues that plagued Suicide Squad; the attempt to create an anti-hero is inefficient when possessing the same qualities of any superhero.

Ahmed phones it in as the most one-dimensional character of his career, nothing beyond an unethical corporate archetype. Maybe he’ll soon be quoted saying he hasn’t seen the movie, but he’s seen the house it built. Neither him nor anyone else needs to watch Venom anyway, but all could benefit from seeking Upgrade instead, which features a similar concept but is significantly better in every aspect. Ironically, it stars an actor commonly referred to as “the discount Tom Hardy” – that’s a non-sensical title now.

Watch the trailer for Venom here: