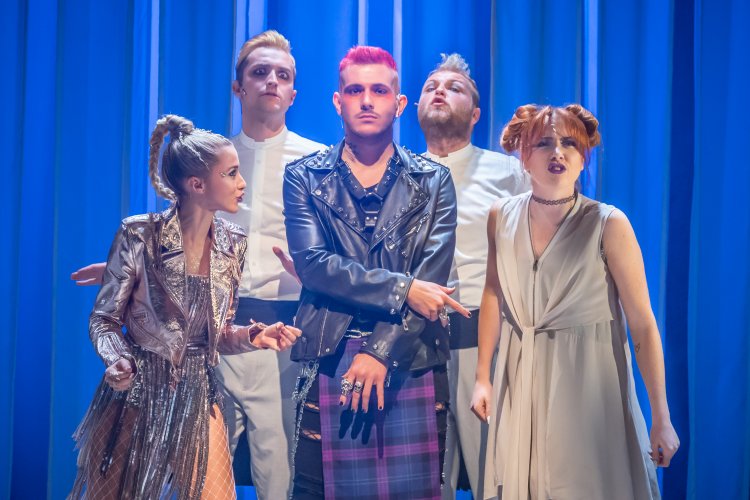 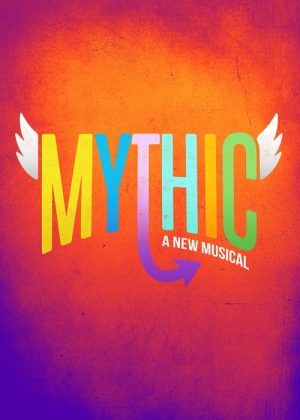 Like Wicked once flipped the well-known The Wizard of Oz on its head, Mythic does the same with the tale of Persephone, Queen of the Underworld, and makes its world premiere at London’s Charing Cross Theatre. Writer Marcus Stevens has penned a musical that fuses cheesy pop with a modern twist on ancient mythology, portraying gods and goddesses as celebrities and rockstars. Expect a fun and lighthearted take on what could easily have been a dark story of entrapment and trickery.

Instead of focusing on the kidnapping of Persephone by evil underworld god Hades, the musical combines two straightforward narratives into one big love story. Both are unexpectedly sweet. The first is the overprotective but fierce motherly love of Demeter, Goddess of Nature. The second is the attraction between her daughter Persephone and bad boy Hades with the red hair, ripped jeans and studded leather jacket. The rebellious teenager dreams of partying it up with the celebrity gods, but she’s been kept close to her mother to watch over the harvest – the equivalent of being eternally grounded. After accidentally ending up in Hades’s underworld, a surprisingly upbeat angle about identity and finding your real home is revealed, alongside some moving commentary on parent-child friction.

This is a production that has clearly had a lot of fun updating mythology, with a subplot that paints Zeus as a bit of a wimp and has one of his many children, Aphrodite, adding glitz and glamour (that is probably as relevant of the C-List celebrities she’s reminiscent of). There’s also a hell of a lot of underworld puns, plus those familiar with the original stories will appreciate repurposed details such as Persephone’s pomegranate seeds. The production’s thoughtfulness extends to its simple set, completed with ethereal drapes.

Music by Oran Eldor runs throughout, featuring some catchy pop tunes and almost constant song. It may not be very rock (as billed) but there are hints of gospel that work particularly well with the ensemble. The lyrics capture the story well too, with highlights being duet Beauty in the Darkness and finale I Return to You. Daniella Bowen’s voice (Demeter) is a particular delight and these musical numbers are performed by a talented cast, if theatregoers can look past the occasional shoutiness.

This new musical is unlikely to become a West End legend overnight. However, it shows plenty of promise from Stevens, who has made a wacky idea on paper work. With even a few touches of raw emotion, it’s more of a heavenly than hellish experience.

Mythic is at Charing Cross Theatre from 1st October until 24th November 2018. Book your tickets here.