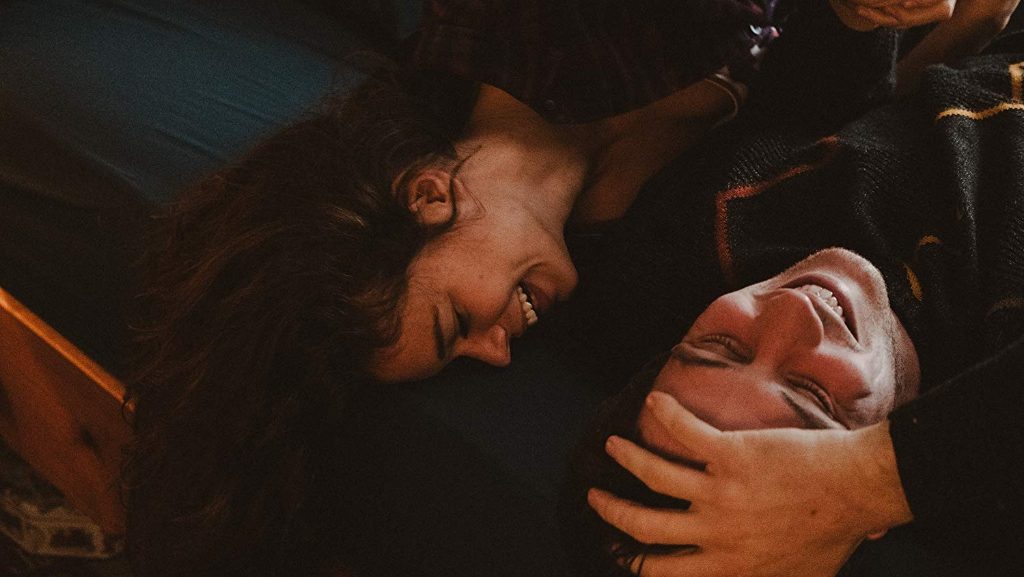 London Film Festival 2018: Only You | Review

One in seven couples in the UK have difficulty conceiving, and yet it is an issue that few films take the time to adequately explore. At long last, Harry Wootliff’s Only You takes an honest and sensitive look at a modern relationship forced off-course by infertility.

After sharing a taxi on New Year’s Eve, Jake (Josh O’Connor) and Elena (Laia Costa) fall immediately for each other. Despite a considerable age gap, their relationship develops faster than most, and it’s not long before they have set their sights on building a family. However, when the couple face medical complications, their resultant loss tests the limits of their love.

Both O’Connor and Costa tackle their characters with a deft and delicate touch. We are swept up instantly into their attraction, caught in the giddy excitement of new love. O’Connor is boyish yet gentle, maturing visibly from scene to scene. Costa, more sceptical of the world, plays with the subtle insecurities of a woman who never feels she can be enough. As the bond between them becomes taut and strained, the actors navigate the subtle mood changes in the room, the smallest of looks that betray the most heart-wrenching truths. The absence in their lives is palpable, but we never doubt their devotion.

However, without enough friction, the feature does struggle a little when it comes to pacing. After launching head-over-heals into a passionate romance, the second act feels comparatively static. Of course, this is the nature of the beast: their life has been derailed now that the future they had planned is in question. But the breaking point comes a little too late; the film struggles to handle such a painstaking process without losing some of its punch.

In spite of this shortcoming, Only You is visually rich, exploring the stages of life. Autumn leaves symbolise the season coming to an end, but they also remind us of the renewal that is to come. A full moon hangs bright in the sky, expectant, rounded, but then waning into another lunar cycle. Costa undergoes another round of IVF. The film gives a stark depiction of the needles and the pregnancy tests and the hospital bills. Just as difficult is a language and imagery saturated in parenthood: talk of baby showers and playdates, walls of framed photos construct a perfect vision of family.

And yet, through it all, O’Connor and Costa build a partnership bursting with love. The notion of perfection is put under scrutiny as the movie redefines what we mean by a family unit. “Only You” is double-sided: it could be an expression of loneliness and loss, or it could be one of unfaltering love and dedication. Or, in the complex quagmire that is life, it could just as easily be both.

Only You does not have a UK release date yet.

Watch a clip from Only You here: