The Convert at the Young Vic 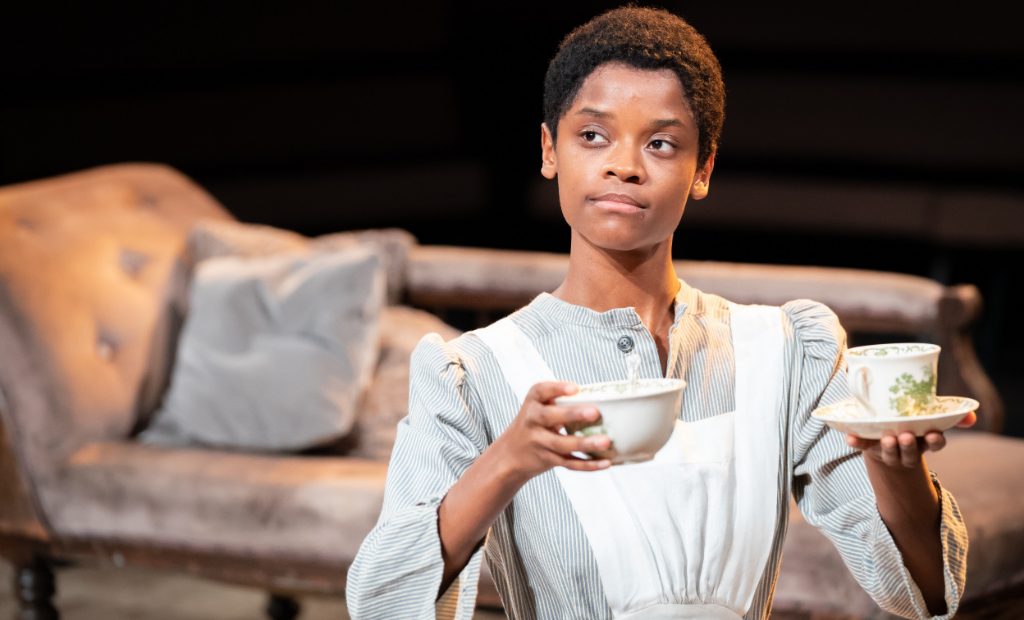 The Convert at the Young Vic | Theatre review

It’s rare a play gets revived as quickly in London as Danai Gurira’s The Convert. Little under two years since its UK premiere at the Gate Theatre it has turned up in Kwame Kwei-Armah’s debut season at the Young Vic. Ola Ince’s production makes a strong argument for the drama’s swift return to the capital, however, its witty Pygmalion vibes gradually giving way to a devastating entanglement of faith, family and colonial violence.

1896, in what’s now modern-day Zimbabwe. Jekesai (Letitia Wright) is renamed Esther by her master Chilford (Paapa Essiedu), a Roman Catholic in a land of “pagan” ritual determined to pursue the “savage soul saving” dictated by the white man. He provides schooling for her in the lessons of the Bible, her knowledge of English entwined with the word of God. But not everyone welcomes this invasion. And as tensions start to boil over, the convert is forced to pick between her two selves.

It speaks to Gurira’s history as a performer that she has written such a fantastic play for actors. Essiedu’s buttoned-up priest is someone entirely convinced by their own game of pretend. He speaks and acts with the superiority of his English oppressors, racism internalised to the point he is almost allergic to the practices of his fellow countrymen, without ever quite realising he will never be equal to those with whom he has aligned.

His dear friend Chancellor (Ivanno Jeremiah, suave and threatening) is just trying to make the best out of an awful situation. Tamba (Rudolphe Mdlongwa) is an angry young man being robbed in his homeland. And Prudence (the excellent Luyanda Unati Lewis-Nywao) is better educated than everyone around her but reduced in their eyes by her race and gender, alone in her sanity.

For these figures, Wright’s convert is putty to be moulded, a trait the Black Panther star manifests with wonderful physicality. At the start she is a coiled spring of energy, only to be drawn up into a perfectly straight line, the posture of the pious. When urged, flashes of Jekesai burst out of Esther’s frame; otherwise she inhabits a Catholic conviction all the more righteous for the rote nature of its learning.

It isn’t until the play’s final scene that Jekesai/Esther – estranged from her family and shocked by the hypocrisy of the English faithful – truly finds her voice, her crushing confession becoming a moment of delicate synthesis.

The Convert is at the Young Vic from 7th December 2018 until 26th January 2019. For further information or to book visit the theatre’s website here. 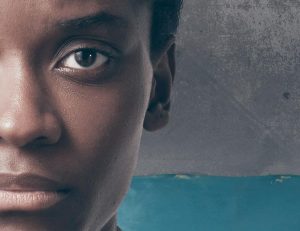