“I have so much in common with this character; we all do”: Actress Zorica Nusheva discusses finding her inner-rebel in God Exists, Her Name Is Petrunya 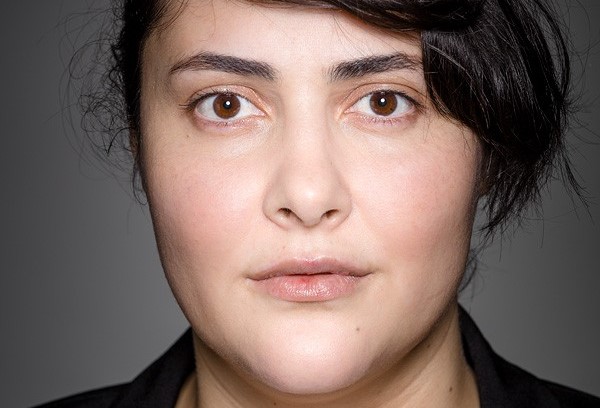 “I have so much in common with this character; we all do”: Actress Zorica Nusheva discusses finding her inner-rebel in God Exists, Her Name Is Petrunya

Zorica Nusheva makes her film debut in Teona Mitevska’s probing film God Exists, Her Name is Petrunya. The actress discussed her affinity with the eponymous protagonist, who refuses to accept her fate as a woman and questions the society in which she lives. She made the resounding point that we all can relate to the character with her rebellious voice inside. Zorica highlighted the power of the film, which addresses the institutional powers of church and state and their implications on the female body, not only with regards to having an equal place and voice in society but also the pressure to conform to a certain vision of what women should look like.

What drew you to the role?

It was based on intuition. What was important to Teona was authenticity, immediacy and spontaneity. I have so much in common with this character; we all do.

I am pretty aware of the size of the stereotypes that exist in small towns: men are smart, women have to fulfil the expectations of their society. They don’t have the right to an opinion when it comes to making a decision. It’s subconscious and it’s beyond the personal psyche. When you’re a kid you don’t understand it. That’s the place in your heart where you find the rebel and you connect to Petrunya.

I absolutely know what it means to be poor and live on your parents’ support. Everything was based on intuition.

Did you research the ceremony?

I didn’t. It was based on my intuition of the screenplay.

Was there improvisation in the film?

Teona was very open when we worked, giving you space where you can create your own perspective of the character. Then you magically finish.

Petrunya awoke a lot of awareness in me. Quiet questions. As a kid you ask yourself, why is it? It was very painful acting Petrunya. I still have an emotional memory of that pain. It was difficult emotionally and mentally. Of course, everyone becomes stronger from pain; I gained a lot of strength personally.

There is a clear delineation in accepting the status-quo between the mother and Petrunya. How did you navigate this relationship?

About the mother: We cut the tension and the atmosphere when we met at the audition. We did talk a little about it. It was very clear. The screenplay is brilliant. This mother-daughter relation, it’s the most powerful bond you will have and is based on emotion, positive or negative. Of course, when someone says to Petrunya. “give me the cross”, she says “no, let’s talk about it”. But when the mother comes to her, she explodes. Why? Because this relationship is based on emotion. This is a heartbreaking relationship. The mother is this type of woman who comes from little towns that are trying to fulfil these stereotypes.

The film also touches on the need for women to adhere to a certain visual image. How do you view the emphasis on Petrunya’s appearance?

There is a sentence in the movie where she says, “I feel beautiful when I am naked.” If it was a slim actress that played Petrunya, it would be a celebration of the woman’s body and its sensual power. In this case, it’s pretty difficult – I’m a bit fat. It brings a greater value to the fight she is fighting about the stereotypes.

Did you have problems with this in your life?

You can see in the movie it’s pretty intimate. I have always found this body-shaming in a way, you can feel it. People have this lower opinion of you. When you get characters in the theatre you get them based on your looks; of course, it’s a normal thing. When we shot this scene it was months after I gave birth to my second child and my body was pretty frustrating.

Do you think there will be a continued positive shift for female filmmakers and women in the industry?

I’m here from yesterday. I don’t know. I need time to tell how it is in the film industry.

God Exists, Her Name Is Petrunya does not have a UK release date yet. Read our review here.