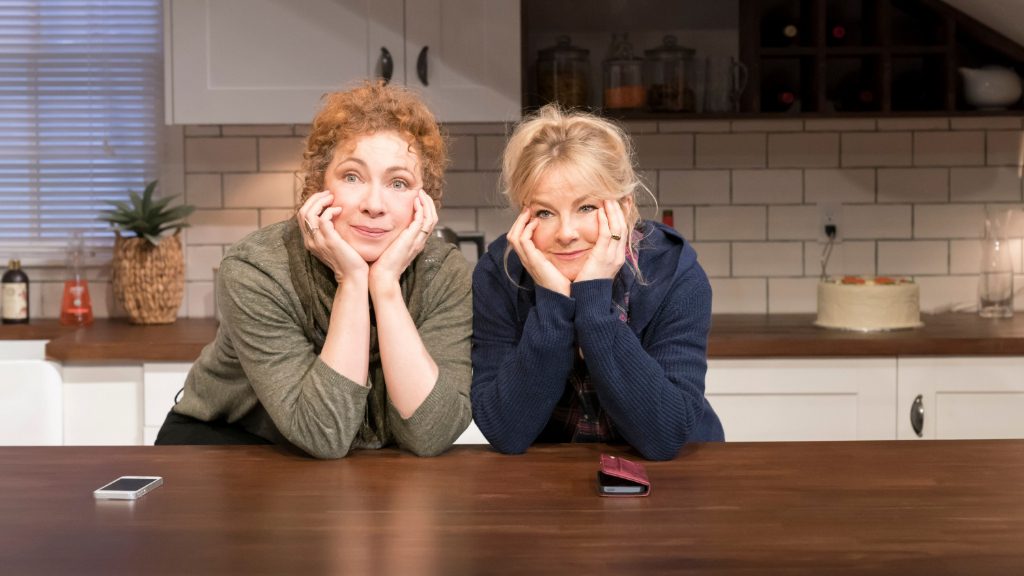 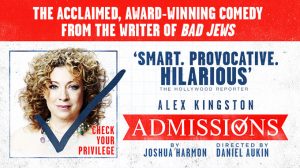 It is hard not to wonder, looking around the packed auditorium exclusively populated by middle-aged, white people, who the piece is for. The anodyne kitchen which also doubles as Sherri’s office is the supremely Anglo-Saxon scene as dreamed of in an M&S homewares catalogue. But it is amongst this aggressive neutrality that the most polarising scenes take place, led most notably by son Charlie (Ben Edelman). Upon rejection from his Ivy League college of choice, Edelman explosively rails against what he perceives as a policy of anti-white sentiment and exclusion in an eye-wateringly long rant. It is impassioned and furious, and his adolescent rhythm captures the universally appalling teenage endeavour. Yet, wrapped up in his misplaced furore – which cools into a firm rejection of his parents’ ambition for him – are profound questions of who, out of those in privileged positions, are willing to forgo their presumed place, and leave a seat, at the proverbial table.

However, it is Kingston’s perfectly odious Sherri who captures the double-standard of managed, office-based equality. At once obsessed by minority intake quotas and also privately ringing first-class colleges so they’ll accept her son, she is resolute in her commitment to, and ignorance of, the luxuries of privilege. Defiantly unrepentant, it takes the sudden collapse of her relationship with dear friend Ginnie (Sarah Hadland), after suggesting her son’s race sealed his college acceptance, for the hypocrisy at the core of her being to delightfully implode, leaving her hollow and without purpose. The schadenfreude of witnessing hypocrites fall apart is the sweet delight of the production as Kingston emotively captures Sherri’s excruciating realisation that she no longer holds all the cards, neither at work nor at home.

Admissions is a fiery reduction of the divisions that fuel national conversations of access and privilege. Cartoonish ignorance becomes the butt of every joke, and the moments of recognition of genuine discrimination bring the eeriest silence. Perhaps, elsewhere, these latter moments would be accompanied by cheers of solidarity from the audience but, here, there is nothing. But this is the domain which Harmon artfully rules: inducing communal laughter loudly and, equally, private silences from individual investigations of taciturn beliefs.

Admissions is at Trafalgar Studios from 28th February until 25th May 2019. For further information or to book visit the theatre’s website here.