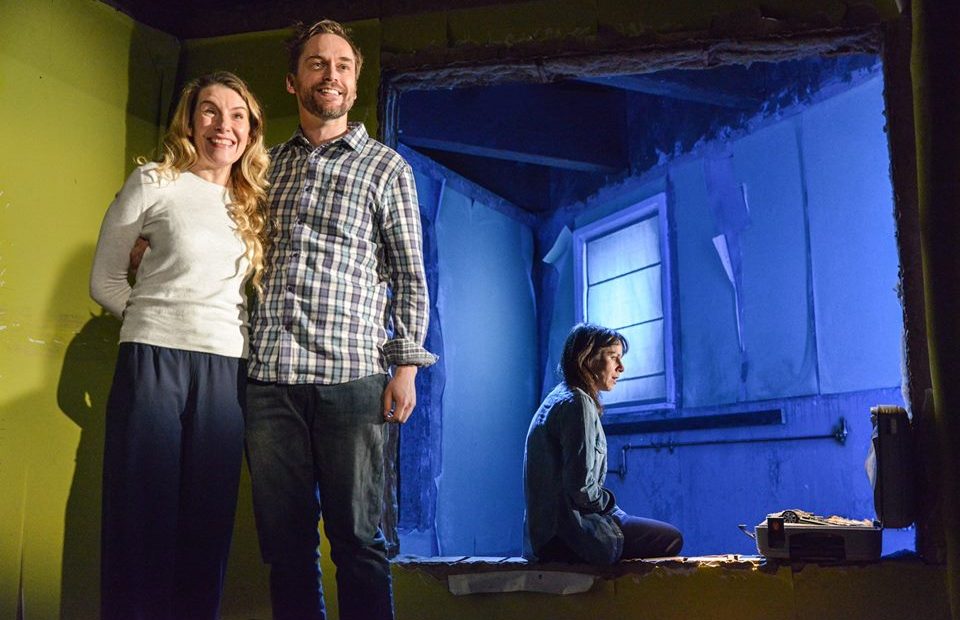 Have you ever felt pulled into two opposite directions, with two people expecting completely different things from you? This is what eight-year-old Alistair’s life becomes when Anne (his mum, played by Natalie Klamar) and Joe (his dad, played by Finlay Robertson) get divorced. Things seem amicable at first, but soon tension rises, and both parties appear on the brink of a mental breakdown.

Alistair is at the centre of his parents’ lives and the focus of Wilderness, but he never appears on stage. This highlights that, while both parents claim to have their son’s best interests at heart, the boy ultimately has no power over what happens in his life.

The stage is made up of two walls in a semi-circle with two large rectangular gaps in each wall which are repeated three times, leading to six rooms in a mirror-like setup. It is a simple yet effective design which highlights the divide between the parents.

Alistair’s suitcase, which he takes back and forth to Joe’s house, is the focus of much tension in the play, with Anne despairing over unwashed clothes, unfinished homework and abandoned toys. Ominous, disjointed sound effects and flashing lights add to the tension, while green and pink lighting schemes effectively change the scene from a cabin in the woods to both homes.

Kellie Smith’s script is filled with rage, miscommunication and sorrow, but it also includes plenty of hilarious lines which stop the show from turning into a melodrama. Klamar uses her whole body when acting and frequently shakes, jilts and dances. Her larger-than-life performance is a tad jarring and she seems to move her hips a lot without any apparent reason, but she successfully conveys her character’s nervous energy, stress and despair.

Robertson gives a strong performance, particularly in later scenes in which his anger, sorrow and defeat are utterly believable. Both actors are great screamers and their arguments are very believable, but they also manage to pull off a tender reminiscent scene which hints at the ups as well as the downs of their life together.

Neither character is particularly likeable, but this is one of the production’s strengths because it shows that Anne and Joe are both right and wrong about each other, that neither is doing the divorce “right”. It’s hard to pick a side when we hear both subjects making accusations against the other – again, an experience common to children of divorce.

Wilderness is an incredibly human play which does not attempt to sugarcoat its characters. Despite all the tension, however, the audience is ultimately left with a glimmer of hope that perhaps, somehow, things will work out for the best.

Wilderness is at Hampstead Theatre from 21st March until 27th April 2019. For further information or to book visit the theatre’s website here.

Watch the team behind Wilderness here:

Chris and Steve’s Universe of Music at King’s Place Theatre | Theatre review
“The cinema is a space for discovery, and we have sought to really celebrate that”: Film producer Elhum Shakerifar discusses Poetry in Motion – Contemporary Iranian Cinema