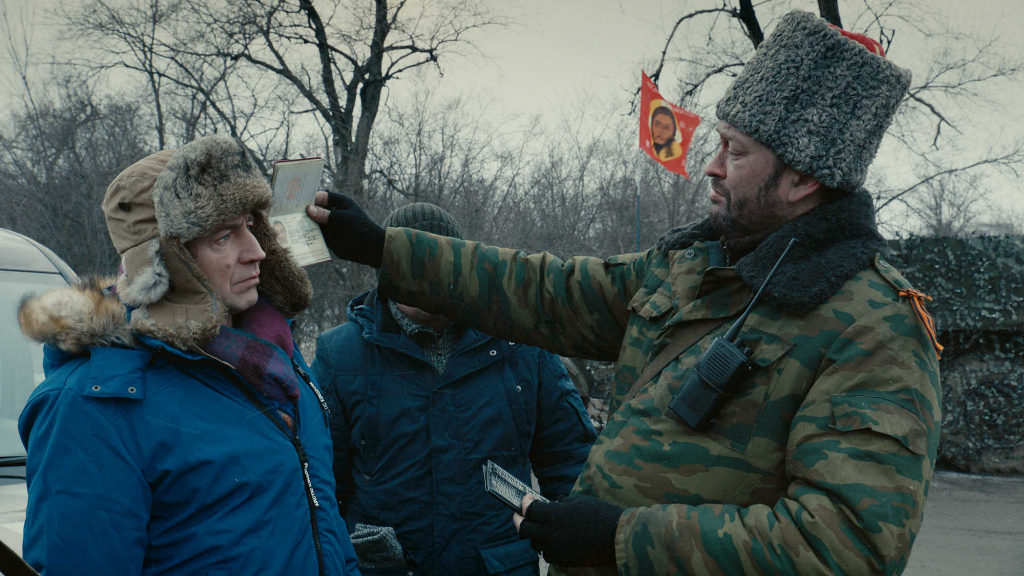 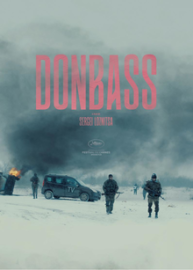 A series of 13 vignettes takes the viewer on a vivid, perfectly choreographed journey through the Donbass, in Sergei Loznitsa’s directorial take on the region’s state of deadly conflict. Short, inviting snapshots of scenes across the war-torn region are interwoven expertly in this documentary-esque film, which captures the politics, people and the everyday life of some of those involved in the struggle and strife afflicting Eastern Ukraine.

Violence, propaganda, fear and hate are prevalent in this dark, quasi-documentary. It makes for often harrowing viewing. The director places a spotlight on so many of the features of a conflict: the bureaucracy at political level, the fear on a human level, the thuggish attitudes inflamed by tension, and on and on. There’s so much to unpack, albeit only on the one side, as Loznitsa’s Donbass centres on the Russian-supporting separatist forces in Eastern Ukraine.

The viewer doesn’t have to be an expert on the politics of Donbass, but some prior context is preferable going into the film. Locked in an ongoing feud between separatist forces (who pledge allegiance to Russia) and Ukrainian loyalists, the Donbass region in the east of Ukraine has been a war zone for five years now. It’s no surprise Loznitsa has grounding in documentary filming, as his feature closely resembles structure and techniques resembling a war doc. There’s plenty of handheld filming, point-of-view shots and an attentiveness to character studying and presentation.

These presentations of wartime scenes are all linked by a setting or a character. For instance, a vignette focused on a specific character will use that person to segue into a new story, with them then being relegated to a peripheral role. These transitions are executed smartly and seamlessly.

The realism of it all is testament to incredible cinematography and simple yet strong performances from a cast lacking any star names. Not that glitz and celebrity would work whatsoever, Donbass’ power is in how closely it resembles reality, and horrifying that is.

Donbass is released in select cinemas and on demand on 26th April 2019.

Watch the trailer for Donbass here:

Greta | Movie review
“You can’t be what you can’t see”: Playwright Libby Liburd discusses Fighter and the need for true representation on the stage