Man of La Mancha at the London Coliseum 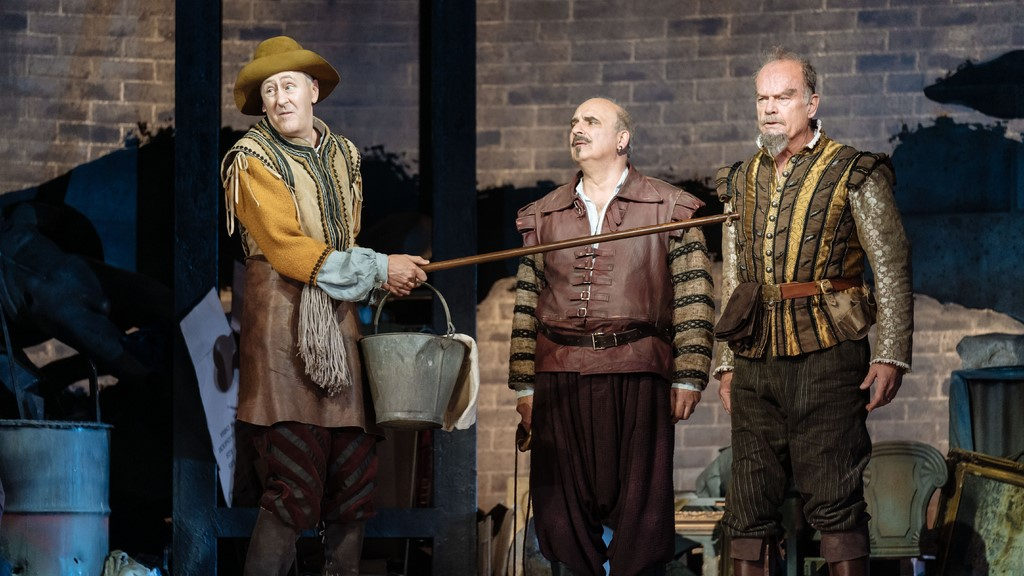 Man of La Mancha at the London Coliseum | Theatre review

If the Inquisition returns tomorrow, who’s most likely to be charged with idealism? Man of La Mancha breathes courage and the desire to believe in a higher mission from every note. Finally getting its long-awaited return to the West End, Dale Wasserman’s musical is hosted at the Coliseum with all the colours, inspiring lyrics and dynamic sets that made it a Broadway hit in the first place.

Cervantes (Kelsey Grammer) has been arrested and thrown in jail with a miscellaneous tribe of common thieves, traitors and other criminals. While he waits to be called up for his trial before the Inquisition, in order to stop the leader of the bandits, The Governor ( Nicholas Lyndhurst), from burning his manuscript, the writer also has to face a trial inside the prison. His defence takes the form of a play, telling the story of a man, Alonso Quijana, who lost his sanity seeking a way to bring justice to the world, and who, in the name of his cause, became the fearless knight-to-be Don Quixote.

The frame for Cervantes’s masterpiece helps to set the adventures and misfortunes of the protagonist within a more relatable context. On one hand, the author himself is involved, even impersonating the same Don Quixote: the parallel turns the fighter of windmills into a more real embodiment of the author’s creative mind, and less an absurd fantasy. On the other hand, the story within the story lays the foundations for potential discussions and reasoning outside of and about the romance itself.

Grammer’s easiness and powerful voice are a superb cornerstone for the whole production. His Don Quixote is deeply human. However, it is soon evident that this wouldn’t be enough without the support of both Peter Polycarpou, playing the faithful Sancho Panza, and Lyndhurst – without forgetting the cool manners of Eugene McCoy in the role of the Duke.

After an introductory orchestra piece featuring castanets, soon the stage design reveals a simple-yet-effective levered staircase, a symbol of power and darkness but also of reality and pain.

For a musical, Man of La Mancha gives a little too much prominence to the speech over the singing; the ENO ensemble deserve more space throughout as the leading musical machine. Perhaps, mainly due to the few lyrical numbers, the production loses some beats in terms of rhythm – especially in the first act.

With its bright colours and lively Spanish atmosphere, Man of La Mancha is truly a show to rekindle that personal quest that lives in us all.

Man of La Mancha is at the London Coliseum from 30th April until 8th June 2019. For further information or to book visit the theatre’s website here. 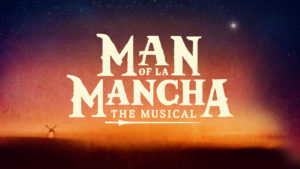