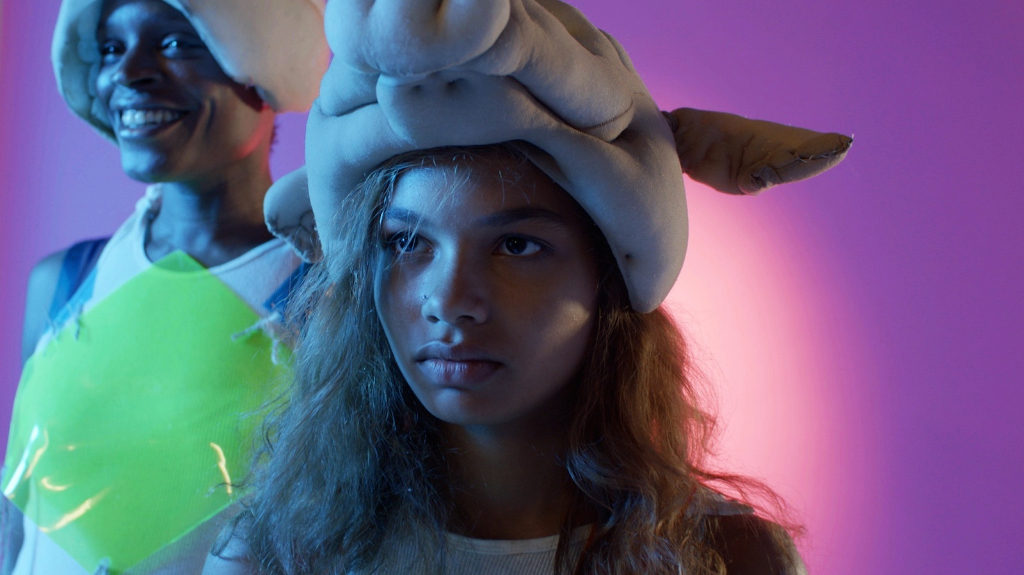 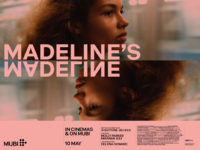 Director Josephine Decker’s latest experimental feature relates the story of a teenage girl on the cusp of adulthood, having recently been discharged from a psychiatric ward, where a nurse informs her, “What you are experiencing is just a metaphor.”

Up-and-coming star Helena Howard plays the eponymous protagonist, who we initially see behaving curiously as a cat in the opening scenes, living with her white mother Regina (Miranda July). The 16-year-old is part of a prestigious New York immersive theatre group, fronted by Evangeline (Molly Parker), who encourages the rising actress to incorporate her life experiences into her stage performances as much as possible. Suspended between her hazy – and sometimes vicious – visions and reality, Madeline is admired by all who meet her, though, as viewers, the greatness of her acting abilities is rarely witnessed by us, except in the latter half of the film. There is not much to grasp in this feature, apart from an angst-ridden character exploration, though we only see the volatile and physically violent relationship between Madeline and her overbearing, nervous mother.

Madeline’s relationship with Evangeline is a little less clear and makes the teenager appear envious, apparently desiring the tutor as a mother when she is thrown a surprise baby shower. Madeline seems to be happier around Evangeline’s husband’s family – who are Black African Americans – perhaps in relation to her own mixed race.

The adolescent continually seeks to provoke reactions from the maternal figures in her life, getting a bizarre sense of satisfaction when this occurs. In one part, Madeline is supposed to re-enact a patient in a psychiatric ward, but instead she pretends to be pregnant and imagines the baby cannot come out, incidentally dying within her. After this onslaught, there is a redeeming element later in the film where Regina is invited into the theatre group, the ensemble imitating her naturalistic moves, bringing to mind July’s own directorial films Me and You and Everyone We Know and The Future.

Decker’s hazy cinematography in every other scene becomes wearying, proving this feature an attack on all the senses. Despite a compelling performance by Howard and a cool score by Caroline Shaw, Madeline’s Madeline fails to impress, and brings to mind the paraphrased quote by psychoanalyst Carl Jung used in the film: “The pendulum swings between sense and nonsense.” In this case, it’s unfortunately the latter.

Madeline’s Madeline is released in select cinemas on 10th May 2019.