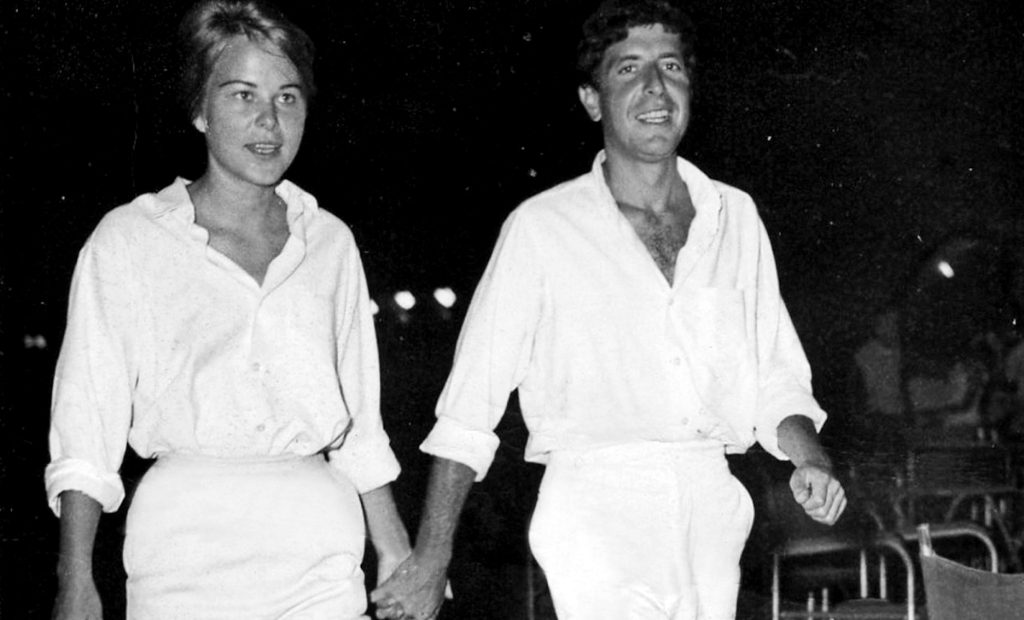 Before turning to music, for many years Leonard Cohen dedicated himself solely to writing. In April 1960, intent on making a career as an author, he went to chase inspiration on the Greek island Hydra, a bohemian hub for artists and creative minds. Within days, he met Marianne Ihlen, a young Norwegian woman and mother of a baby boy, who had just been left by her husband. The two bonded immediately, and she became his muse and partner for almost a decade. Their life on the island was idyllic, but in 1966 Cohen travelled to New York and sheepishly tiptoed into the music industry. It was the beginning of a stellar career, but fame and its demands, as well as the female attention he attracted, led to the waning of his relationship with Marianne. Nevertheless, the love between them never really faded, and found its final expression in a note that Leonard sent Marianne in 2016, when she was on her deathbed. He passed away three months later.

In 1968, 20-year-old Nick Broomfield travels to Hydra and has a brief affair with Marianne. An aspiring filmmaker, he records candid clips of Leonard’s muse and her son. Their friendship continues over the following years and Broomfield eventually goes on to realise his dream of becoming a director, specialising in biographical documentaries. The making of Marianne & Leonard: Words of Love was his instinctive reaction to the news of the lovers’ deaths. Having had a personal involvement and heard a first-person account of their relationship, Broomfield has given his documentary an intimate tone that makes it all the more touching.

Archive footage and interviews with Cohen and Ihlen are supported by the testimony of friends and clips from Leonard’s concerts. The series of images jumping from Marianne to Nick to Leonard’s experience initially seem distant and disconnected. Soon, however, they merge into one heartfelt narrative. The documentary is a beautiful tribute to a love story, but it reveals much more. It is about the muse and her search for her own identity as much as it is about the star and his youthful quests for pleasure and gratification, which give way to a spiritual search later in life. The film also captures the spirit of the 1960s and 70s, demonstrating the appeal of a life revolving around love and creativity and their free expression, but not forgetting to mention the bitter aftermath of overindulgence.

The work inevitably communicates Broomfield’s own affection towards Marianne and admiration for Leonard. Poignant and fascinating, it succeeds in transmitting the emotional dimension behind the events of the couple’s lives, allowing the audience to really feel the strength of their bond, as well as the melancholy feeling attached to that magical time in their life on the island that could never be recaptured.

Marianne & Leonard: Words of Love is released in select cinemas on 26th July 2019.

Watch the trailer for Marianne & Leonard: Words of Love here: