The Worst Witch at Vaudeville Theatre 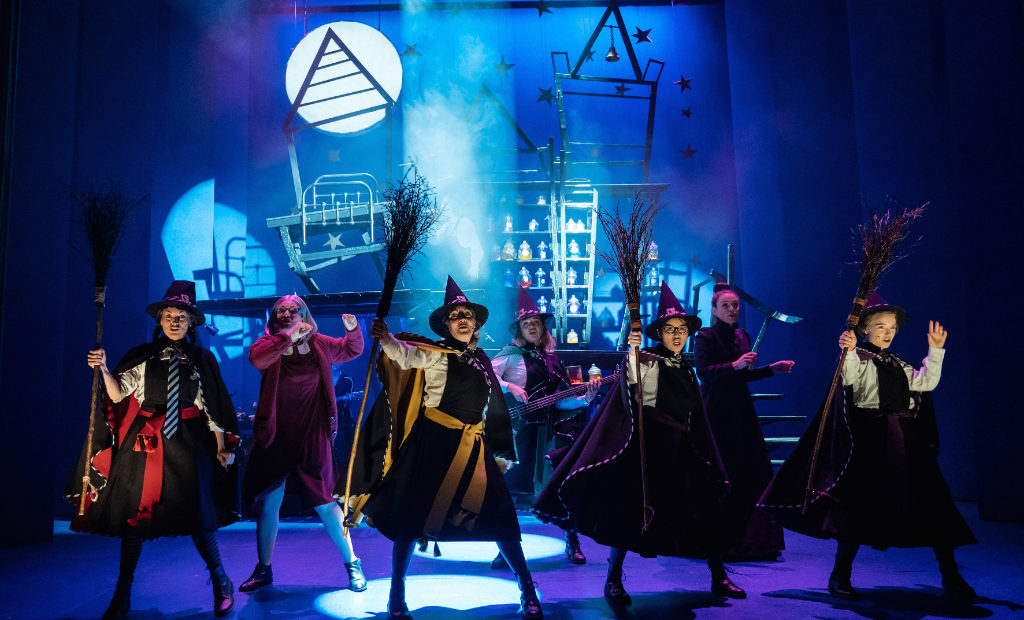 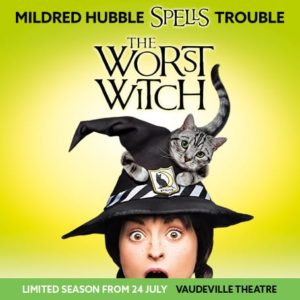 For those who are old enough to remember reading beloved author and illustrator Jill Murphy’s literary series, the West End adaptation of The Worst Witch is unsurprising. A successful collection that the writer first developed in 1974 at the age of 15, the books narrate the school days of Mildred Hubble, a clumsy, non-magical but good-natured girl who accidentally enrols herself at Miss Cackle’s Academy for Witches.

Emma Reeves’s play incorporates several storylines from the eight works to present a fleshed-out performance, altering a few things but still remaining true to Murphy’s story. Danielle Bird’s Mildred is accident-prone and awkward, but you soon sympathise with her when she tells Miss Cackle (Polly Lister) how she is unable to fit in anywhere. These tropes are tethered well, aiding younger audiences to feel they can be unique and still adapt, as Mildred does with Maud (Rebecca Killick) and Enid (Consuela Rolle.) A highlight performance by Rosie Abraham shows the school snob Ethel Hallow as insufferable but turning on charm around stony-faced deputy headmistress Miss Hardbroom (Rachel Heaton).

A full band play original songs composed by Luke Potter, with a lead guitar and bass, saxophone, drums and percussion, giving the magical performance a further buzz, while Simon Daw’s design and Vicki Amedume’s aerial formations see Mildred and Maud perform amazing feats of acrobatics, hanging upside down from broomsticks and the moon. Though all the performances are of a high standard, it is Lister’s double act of Miss Cackle and evil twin sister Agatha and Abraham’s aforementioned Ethel that truly take the wand. Lister’s vocal range is impressive – with hilarious pseudo-operatic trills – and so too is Shermaine Gocoul’s ingenious costume design, presenting split clothes, half in sparkly red dress and half in grandmotherly attire. Producing magical effects, coloured streamers are twirled around during spells by the cast, along with convincing sound design by Leigh Davies and a set that breaks and fits into place easily.

Amongst tonight’s audience is Murphy herself, and it is charming to hear the beloved author enjoying the show and laughing at the hijinks she created 45 years ago. Reeves’s adaptation suits older audiences too, with amusing quips and a particular dig at the other famous magical series, Harry Potter. When the students are grouped and Mildred asks, “which is the evil house?” Miss Cackle replies, “oh we don’t have them here, that would be so silly.” Enid and Agatha also enjoy calling the audience plebs, the evil sister humorously remarking, “I thought the West End was meant to be sophisticated.”

The cast are gifted actors, musicians and theatrical performers, and this adaptation is a show for those revisiting their childhoods as well as new audiences, all of whom enjoyed the enchanted hilarity tonight.

The Worst Witch is at Vaudeville Theatre from 24th July until 8th September 2019. For further information or to book visit the theatre’s website here.

“I believe we must show men how to engage with the female within themselves”: An interview with Alpha Who? creator Matt Franco
Charming | Movie review