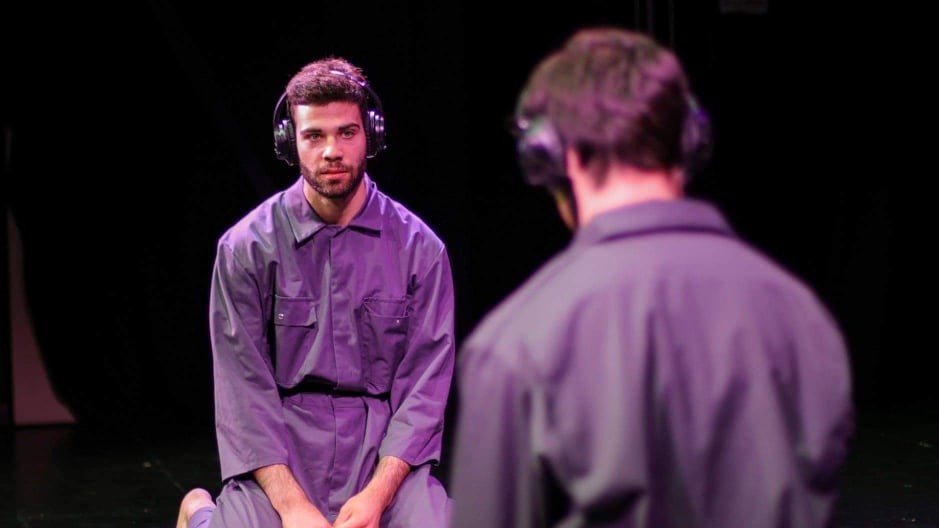 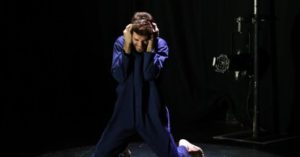 Camden Fringe Festival returns for another year, bringing some of the finest short theatre performances you’ll find in London. Tonight’s melancholically titled piece, directed by Yusuf Niazi, is set in a dystopian future where individuals are forced to wear headphones as a means to control their mood. The hour-long show contains no dialogue, meaning facial expressions and defined movements are of vital importance to convey the message, coupled with a strong soundtrack.

Mimed morning rituals prepare the cast for their day, Wham’s Wake Me Up Before You Go-Go and Nena’s 99 Luftballons reflecting a breezy optimism. The group soon start to be controlled by an antagonistic totalitarian figure, not unlike a Nazi, with a dark blazer and firm unsmiling mien. The individuals have frozen grins, repeating actions like an assembly line, all dressed in matching overalls apart from one female and the adversary character, who is also not wearing any headphones.

The focus then shifts to a male gay couple who begin dating, dancing and smoking while their relationship becomes increasingly intimate, with the music fittingly switched to Moments in Love by Art of Noise. Movement direction by Kelly Horne is demonstrated well by the actors, particularly in the scenes when they battle against inner demons, characterised by the recurring thrumming introduction of Portishead’s Machine Gun, played when the enemy appears, crushing his hands together as a symbol of power and eliminating their strength. The levels of trust and dependency change in the couple’s relationship, and as music is an integral part of this performance, it’s commendable that the team have selected from across a multitude of genres and decades.

When actors appear between stories, it’s a little unclear who or what they represent. The show utilises similar tropes for each couple trying to find love – all of whom battle against mental illnesses – which could have been improved through individualisation rather than having them grouped together, which makes the piece feel cyclical.

The people rebel and eventually succeed in destroying their nemesis, coming together to overcome this symbol of mental health while Björk’s Declare Independence plays. In a performance with a limited format, the cast present their emotions well, but further story variation by Niazi would have made Feeling Lonely at Parties more engaging.

Feeling Lonely at Parties is at Camden People’s Theatre from 29th July until 1st August 2019. For further information or to book visit the theatre’s website here.

Charming | Movie review
Blinded by the Light premiere: On the red carpet with Gurinder Chadha and cast