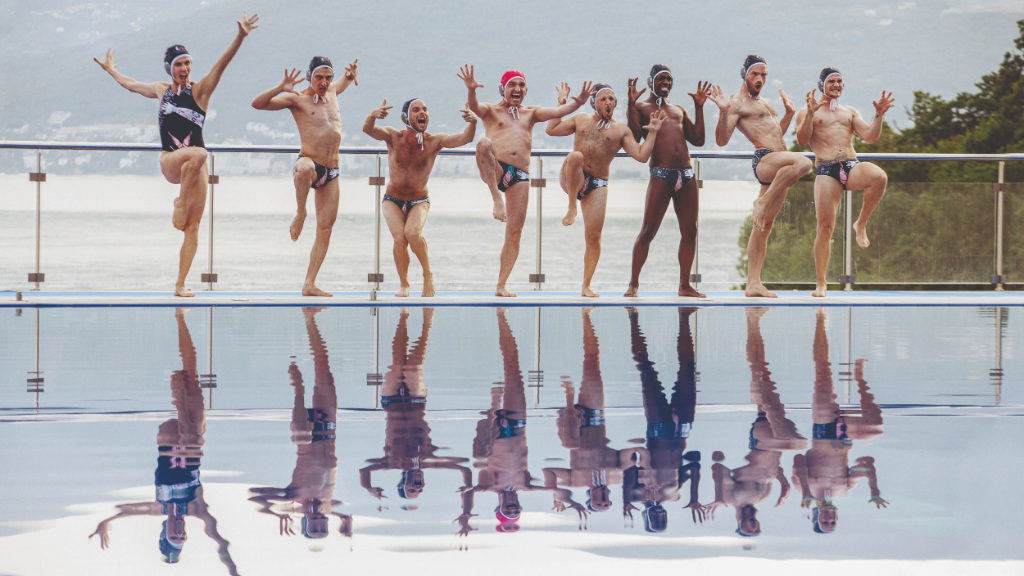 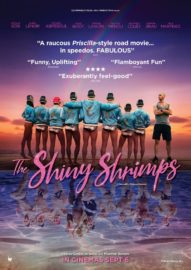 Cedric Le Gallo was a self-confessed loather of sport, a distaste that began from an early age due to his treatment from others because of his sexuality. As a child he was bullied and traumatised by other kids who, like him, didn’t even understand what being homosexual really meant, and this stigma continued to follow Cedric into adulthood. However, this attitude was revolutionised when he joined the all-inclusive Water Polo club the Shiny Shrimps, a team that welcomes players of all backgrounds and sexualities.

Now, Le Gallo wishes to show the world the brilliance of what small groups of friends and teams like the real Shiny Shrimps can do for communities. In this case it is the compassion and camaraderie of the LGBT community that is on display and in his directorial debut, alongside screenwriter Maxime Govare, the filmmaker has produced an engaging and emotional, albeit cheesy, screenplay aptly titled after his beloved team.

Matthias Le Goff (Nicolas Gob) is a former champion swimmer struggling to maintain his prime condition as the years pass by. In his frustration at losing another race, Matthias makes a homophobic remark at a reporter for which he is investigated, and then charged, by the national swimming federation. His sentence? To coach Les Crevettes pailletées, or “Shiny Shrimps” as they embark on the greatest and frankly impossible task of qualifying for the Gay Games in Croatia. The team members are notorious for their loud partying and immature behaviour, and it falls to Matthias to militarise this colony, getting them in shape and skilled enough to take on some of the greatest gay water polo teams in the world. A task made all the more difficult as, all the while, certain members of the team face their own personal battles.

Exploring themes of self-discovery and becoming comfortable in one’s skin and sexuality, The Shiny Shrimps presents itself as a wonderful example of how, despite the prejudices thrown at minority groups by society, it is power, will and determination that will always rise above the water. A complete cast of merry men including Alban Lenoir (Jean) and Roland Menou (Joel), the main and supporting actors, all play their part in making this film a total comedic blast whilst also representing a group of individuals united in delivering a serious message with the upmost respect.

Visually, The Shiny Shrimps is understandably naturalistic in its environment, yet cinematographer Jerome Almeras takes full advantage of working both above and below the water with inventive sequences and stunning tracking shots that possess such fluidity that the audience feel they too are immersed in the water. Likewise, the costume and art department evidently had a field day when dressing the actors and set for this film, embellishing all that is on screen with bright colours and feisty apparel all to the benefit of the viewer.

Yes, the movie is largely predictable, showing similarities in narratives to such underdog stories as Dodgeball and water sport features like Swimming with Men, but this by no means harms the integrity of Le Gallo’s vision. The Shiny Shrimps is all in all simply really good fun to watch. You laugh, you cry and you admire as the film plays on stereotypes, characters and sometimes frightening realities, and it seems as though Cedric Le Gallo has scored his goal, with a poignant conclusion also carrying a heavy message that the problems facing the gay community are still very much present to this day – even in the City of Love.

The Shiny Shrimps is released in select cinemas on 6th September 2019.

Watch the trailer for The Shiny Shrimps here: