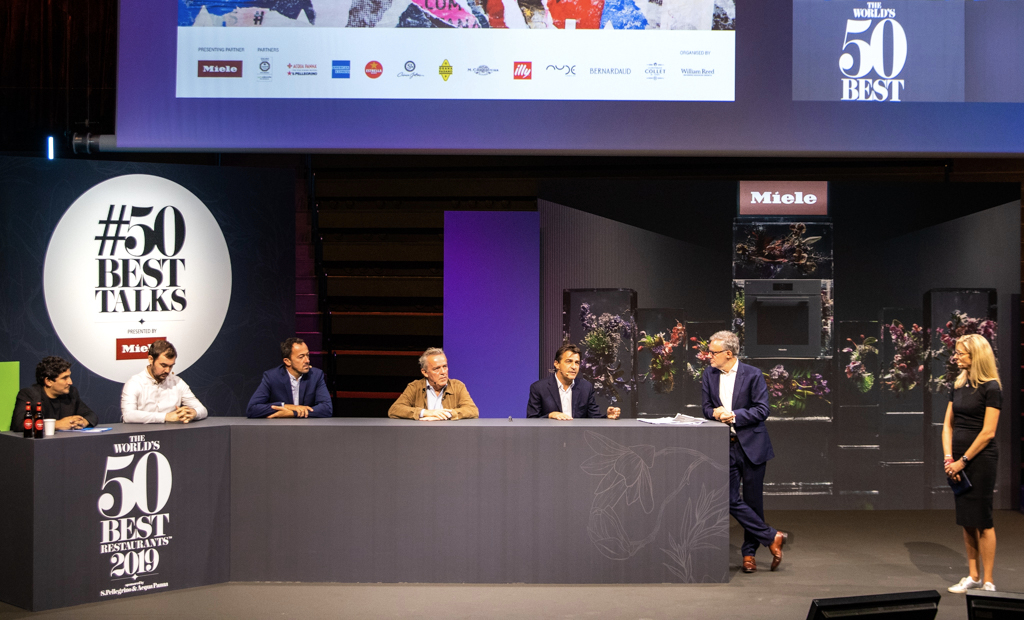 For the first time, the World’s 50 Best Restaurants organise an event in the French capital, home of the most traditional fine-dining cuisine as well as upcoming, edgy chefs. While none of the Parisian restaurants ever topped the coveted list, one of the most groundbreaking moments in the history of the awards was when Inaki Aizpitarte’s le Chateaubriand was voted number 9 in 2011. A local bistro was in the top ten, sitting above the likes of Alain Ducasse, Joël Robuchon, Pierre Gagnaire and Michel Troisgros.

Things have now changed and relaxed, the harmony between multi-michelin-starred chefs and the list a sign of truce. This edition of #50BestTalks – a series of debates and discussions held around the globe – seems like a bridge operation: hosted by a French/English duo, featuring first a roundtable with celebrated Parisian chefs – in French – then two speeches from international personalities.

Argentinian chef Mauro Colagreco, whose restaurant Mirazur was recently voted the best in the world, sets the tone for the event: he gives an introduction talking about crossing borders. Not only physically – Mirazur is in France but also a stone’s throw from the Italian border, literally – but also conceptually.

The rest of the panel join him at the table: Yannick Alléno – the only chef holding three michelin stars in two restaurants in France – Alain Passard, Romain Meder and Bertrand Grébaut. Despite the effort of the unlikable moderator, journalist provocateur Eric Brunet, to rehash the perceived arrogance of French fine-dining chefs, it all seems to work. Until an Italian journalist drops the bomb: “Speaking of crossing borders, where are the women?”. Mauro Colagreco readily admits he is sitting at an all-male board, but adds that their chef de cuisine at Mirazur is a woman, Florencia Montes, and praises women for being brave and their magnificent approach. 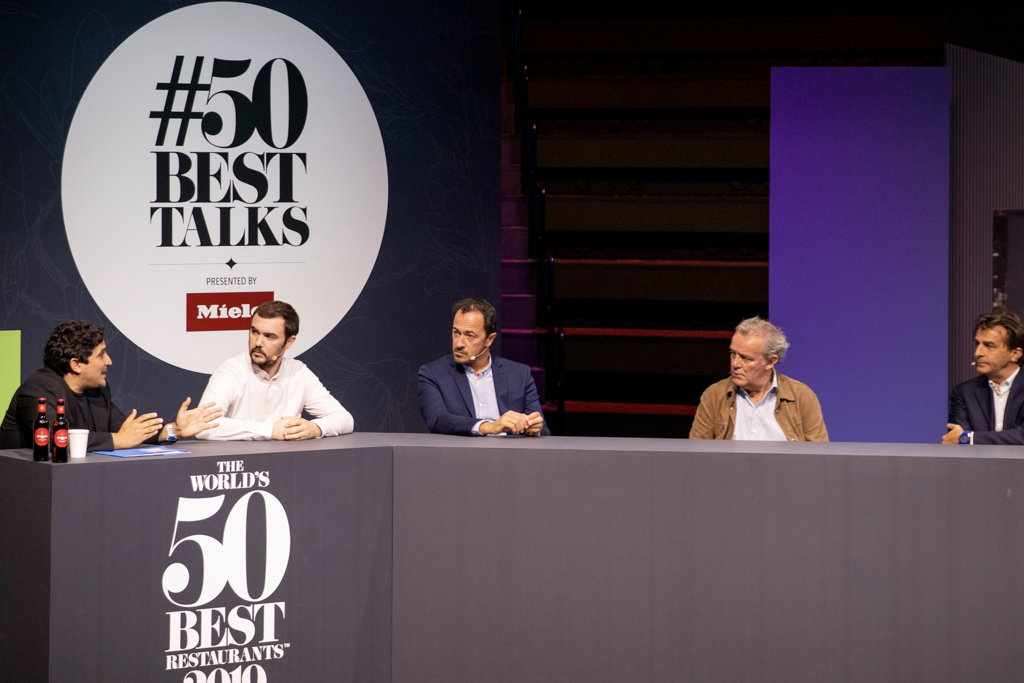 The question seems to be over, but Alléno decides to add something: “Of course, women have a place in the kitchen, it’s just businesses need to adapt their structure to allow for them to be mothers. It’s easy for us, we don’t have to bear children, men and women aren’t made the same way. At my new restaurant at Pavilion Ledoyen 98% of the lunch service brigade is female because they told me they have a problem with working in the evening as they have two/three children at home so they are busy. It’s a woman’s DNA to give life […] our society needs to adapt. There are young women who live on the opposite side of Paris and spend one hour and a half in public transport; do you think it is reasonable to ask them to work till past midnight? I don’t think so.” A member of the audience mentions she shot a documentary on the search for female chefs and criticises how men only talk about mothers and grandmothers when it comes to praising women in their speeches. Alléno admits watching her documentary but also questions this approach of opposing men and women: “I have seen your great documentary. I don’t recall you mentioning male chefs in it?” In the face of the controversy, Brunet’s temerity quickly fades and he interrupts the dialogue between auditorium and chefs to ask about the importance of having a garden in your own restaurant.

After the panel’s conclusion, Manu Buffara of restaurant Manu in Curitiba (Brazil) gives a speech on the importance of working closely with producers to inform them of how they can improve what they do, for the benefit of the environment and also the quality of the produce itself.

Finally, Dan Barber of Blue Hill at Stone Barns, a pioneer of the farm-to-table movement as well as a strong advocate for sustainable food, talks about the necessary bottom-up revolution to preserve diversity of seeds by stopping big corps like Monsanto – just like Jane Jacobs did against New York “master builder” Robert Moses in the 50s/60s.

After a lunch prepared and delivered by a 50/50 mix of female and male chefs –  Adeline Grattard from Yam’Tcha, Guillaume Sanchez from Ne/So, Chiho Kanzaki and Marcelo di Giacomo from Virtus, pastry chefs Yann Couvreur from Pâtisserie Yann Couvreur and Moko Hirayama from Mokonuts, mixologists from Little Red Door – the international chefs join the media to further discuss sustainability, how to improve things for female chefs and the impact of social media.