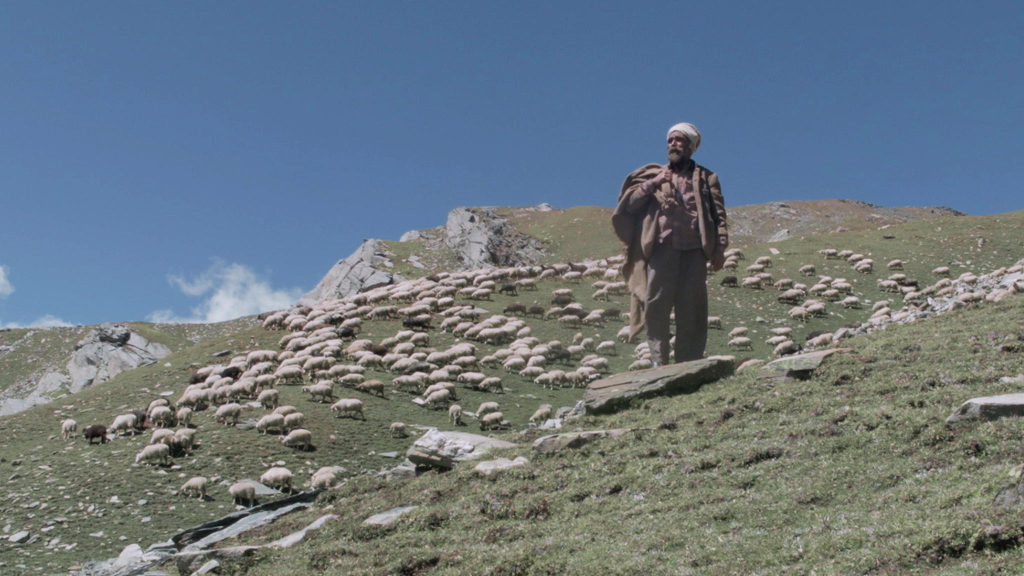 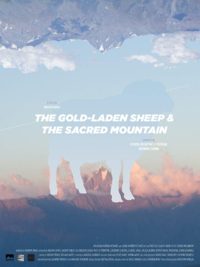 The Gold-Laden Sheep and the Sacred Mountain is about an arduous journey through the harsh and inhospitable slopes of the Himalayas. Unfortunately, it also makes for an equally arduous viewing experience. Though Ridham Janve’s directorial debut shows a sharp eye for composition, the dragging pace makes this initially promising mystery more impenetrable than it is intriguing.

When an old shepherd hears of a plane that has crashed in the mountains he knows so well, he abandons his flock and goes off in search of the pilot so that he may reap the monetary rewards. However, this is a holy place which will only bless those with pure intentions, and devious tactics soon lead to a chain of tragic events for him and his assistant.

Both characters, though carefully performed, are fundamentally unlikeable. Bahadur is grumpy, impatient and greedy. His assistant Arjun is lazy and entitled. The tale plays out for the most part like a naturalistic parable, but despite the occasional injection of humour, there is little intimacy or warmth to draw us into the story. We constantly feel as cold as the snow-coated, mist-wrapped mountainside. This isn’t helped by the constant wide shots, with distant figures and livestock walking across the frame for extended periods in a largely superfluous fashion.

Having said this, the film does capture the landscape beautifully, with textured shots taking us from softly lit sheep on rocky planes to shady forests illuminated in an almost mystical fashion at dawn and dusk. Despite the feature’s visual strength, the strongest scenes come when night falls, the director immersing us in an eerie soundscape. As the film progresses, there are dynamic stylistic changes, with sudden quick cuts suggesting a powerful spiritual presence. Unfortunately, these feel jarring in juxtaposition with the preceding fades and slow shots.

The Gold-Laden Sheep and the Sacred Mountain is a film that artfully stimulates the senses, but there’s simply not enough narrative to chew on, and we end up getting as lost as the characters onscreen, never quite reaping the rewards of our journey.

The Gold-Laden Sheep and the Sacred Mountain does not have a UK release date yet.