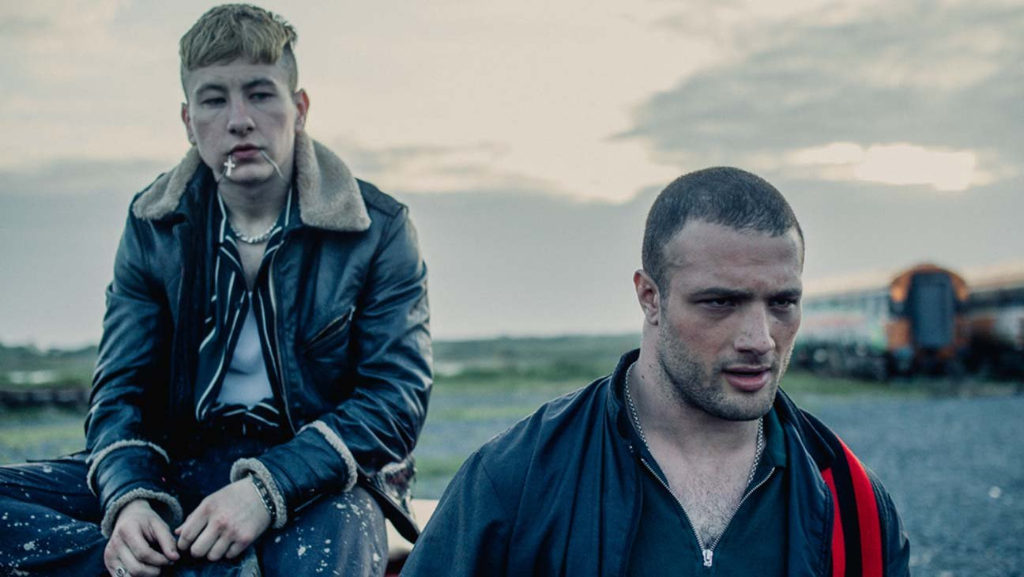 The power of Nick Rowland’s feature debut is born, somewhat paradoxically, from restraint. Like a fighter who pulls their punches, the film knows exactly when to hold back. The story, adapted by Joseph Murtagh from a novella by Colin Barrett, takes us into the poorest parts of rural Ireland, where ex-boxer Arm (Cosmo Jarvis) is torn between two lives: his job as the enforcer for the Devers, a drug-dealing family; and his role as father to his autistic five-year-old son. However, when he is asked to kill for the first time, the protagonist finally has to choose where his true allegiances lie – and risk everything in the process.

Jarvis puts every ounce of his physical presence into this performance, without ever intimidating us. His strength is unquestionable, but his gentle interactions with his son hint at deeper sensitivities. The character’s pain is palpable as he is caught in the middle of two families, one built on loyalty and the other on love. Barry Keoghan is a gift that keeps on giving; as the Devers’ son, his relationship with Arm is like that of an owner with his dog, yet he keeps Arm tame, offsetting his belittling pets with the reassurance they are “brothers”. However, though he is manipulative, he himself is ruled by a greater master: fear.

The throbbing synth soundtrack plays out like a raised heart rate: as viewers, we feel the seconds stretch out to breaking point, the drug-fuelled intensity slowing time until the tension is tangible. The most striking moments are born when the physical release never comes. Faces bathed in red light scream danger, but this is a social realist film that revels in denying us violence, and it’s in these moments of withdrawal that the protagonist’s character is revealed.

Arm is a man who communicates through violence, and yet the most important figure in his life, his son, is traumatised by physical stimuli. It’s this contradiction at the centre of this film that provides the catalyst:  the two worlds simply cannot coexist. Horses provide a means for the father and son to connect – as in Selfish Giants, they are a symbol of calm and compassion, a way to escape this town of claustrophobic concrete and peeling paint.

Rowland shows incredible maturity by handling such a brutal premise with such a light touch. Calm with Horses gently simmers, then comes to the boil, its climax like a beaten dog that finally bites back.

Calm with Horses is released nationwide on 6th March 2020.

Watch the trailer for Calm with Horses here: