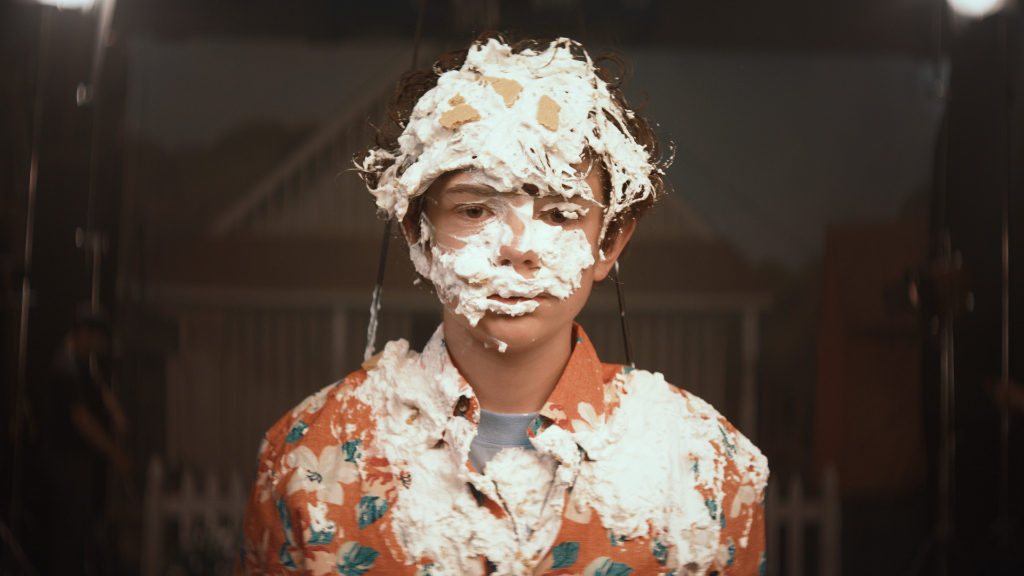 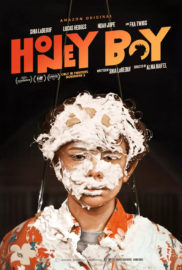 It’s hard to deny that Shia LaBeouf has had a colourful career, taking part in numerous eye-opening escapades both on and off the screen. We all remember “Just do it!” and Rob Canton’s comedic song about the actor. Honey Boy gives LaBeouf the opportunity to show both his writing skills and his sincere acting in a story based closely on his childhood, his relationship with his loving but incompetently aggressive father, and the inevitable trip to rehab when he grew up.

Spanning two timelines, the film focuses on the working life of Otis, portrayed by Noah Jupe in his younger years and Lucas Hedges as the more mature, no-longer-a-child actor, as he descends into disarray and is admitted to rehab. During his therapy, Otis establishes that most of his pain and anger comes from his father James (LaBeouf), who despite the utmost adoration for his son, forces him to work long, hard hours while parenting with a very firm hand. Together with his therapist, Otis reflects on his past as he begins to walk a path whose final destination will be reunion with his father.

A tale of a father/son relationship and the toll that working in Hollywood from such a young age can take on the mental state, Honey Boy is moving and exceptionally well-acted. The cast,  focusing mainly on the trio of LaBeouf, Jupe and Hedges, carries the movie with such ease and emotional range that the dialogue simply floats off the screen, carrying the viewer through every scene. LaBeouf should be very proud of the end product of this effort. Due in large measure to his brilliant depiction of a character similar to his own father, he has built this picture into something more than a simple exploration of his own history. Jupe continues to show that he is talented beyond his fourteen years, and Hedges approaches the older incarnation with such a raw and damaged view of himself and the world that the feature becomes a multidimensional piece, much to the benefit of the audience.

Directed by Alma Har’el, Honey Boy takes on an abstract form when it needs to, delving deep into the scenes in which young Otis works and taking moments to absorb him into the television sets or flick to the older Otis’s nightmares. The film is daring given its complexity, and it is touching that LaBeouf chooses to write his father not as a black-and-white villain, despite the poisonous atmosphere he brought, but as a multifaceted character who faced his own insecurities whilst adoring his son, losing himself along the way.

At 93 minutes, Honey Boy is about the perfect length, allowing enough time to explore the many different avenues and tenets that made Labeouf the person he is today. The viewer is left satisfied with what they have been given: laughs aplenty, kickass 90s musical classics, stellar performances from the film’s main trio, and a well-written story to boot. Congratulations, Shia LaBeouf: you have created a pleasing piece of cinematic history-telling.

Honey Boy is released in select cinemas on 6th December 2019.