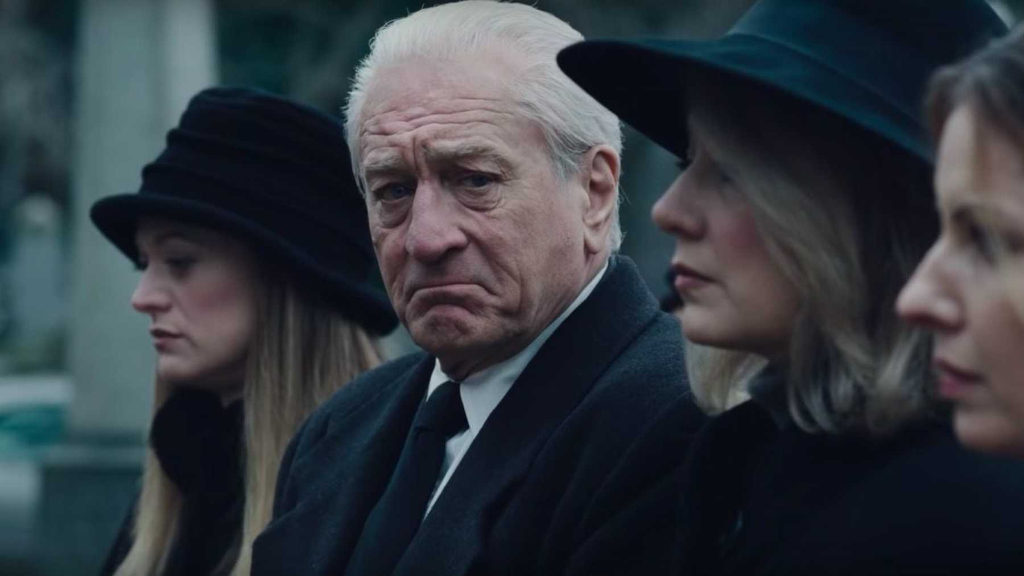 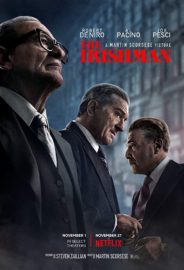 One of the most highly anticipated films of this year’s London Film Festival and indeed 2019 has finally arrived. Featuring a star-studded cast including heavy hitters such as Robert De Niro, Joe Pesci and Al Pacino along with the latest hi-tech de-ageing technology, The Irishman has promised to be one of the biggest barnstormers Netflix have ever delivered to the silver screen. With Martin Scorsese at the helm, the excitement surrounding the project has only continued to snowball into an uncontrollable obsession for many, with promises that this feature really may just top his legendary 1990 American crime picture Goodfellas. Well, ladies and gentlemen, The Irishman doesn’t disappoint.

Starring De Niro in the lead role, the picture follows the life and events of Frank Sheeran (De Niro), a driver-turned-gangster, as he gets involved in the dark underworkings of Russell Bufalino (Pesci) and his crime family in Pennsylvania. As Frank proves himself a worthy foot soldier, he begins to climb the ranks and gain Russell’s complete and utter trust whilst sealing a comfortable pay packet “painting houses” in the process. Branching out in business, Frank becomes aquatinted with Jimmy Hoffa (Al Pacino), a big-time union leader who finds himself hot under the microscopic lens of none other than the US Attorney General Bobby Kennedy. Although his work is tied to illegal activity, Hoffa confides in Frank for advice, guidance, companionship and protection, but despite all his efforts, he is soon to learn that crossing tracks with the wrong kind of ruthless criminal can lead to unthinkable consequences.

It really is a cliché, but there are simply not enough superlatives to summarise how perfect this movie is, particularly on Scorsese’s account: it genuinely may be the jewel in his cinematic crown. A fabulous journey through a very real period of history, Stephen Zaillian’s screenplay stays true to the film’s historical context – not tampering too much with the real events – whilst also creating a truly riveting story with well-crafted plotlines that the audience can completely engage with. Some staggering historical moments are both referenced and enacted on-screen with a welcome dousing of Scorsese flair; and the beautiful pacing means there isn’t a rise and fall of characters, no huge gunfights, but simply moments to shock, inspire and envelop the audience into an overarching narrative about the life of Frank Sheeran – as a visceral jukebox soundtrack plays gently in the background.

The main strength of this film is unquestionably the performances of the main cast. De Niro and Pesci are far more restrained in their approaches to their characters than expected, with the ghost of their Goodfellas performances floating in the backs of viewers’ minds. This time there is less cussing, less fear-inducing bloody violence; instead, they deliver some remarkably mature performances, investing a great amount of time into establishing who the men they are embodying really were, what their real motives were and how wicked they truly became in their attempts to achieve their aims. On the other hand, Al Pacino is an absolute hoot as Jimmy Hoffa, providing the comedic relief that the film demands in order to balance out the numerous heavy themes and action sequences, whilst also showing – beyond a doubt – that he still has it. A notable mention must also go to the scene-stealing Stephen Graham, who in his role as Tony Pro provides the glorious grit and youthful determination of the next generation of gangsters, wiping the floor with any characters who dare challenge him in peacocking. Even Harvey Keitel’s brief appearances cannot compare.

The use of technology to de-age numerous cast member works wonders when used correctly. In this case, this new phenomenon allows De Niro, Pesci and Pacino to play various incarnations of their respective characters at different points in the timeline, and although initially the effect is arguably too obvious and computerised, after a short while the visuals become second nature and even at times completely indistinguishable from that of non-altered scenes. It certainly makes for a fascinating watch and will undoubtedly be the future approach for movie-makers in the place of heavy prosthetics and outrageous wigs.

With a runtime of near-on three and a half hours, The Irishman is indeed a long-haul movie, but the time passes effortlessly in this thrilling picture thanks to, quite frankly, every element of the project – from the intricate and exasperating dialogue to the tranquil walking shots as our characters travel from one meeting to the next. Scorsese truly is a master of his craft and his latest feature is simply another sensational masterpiece to add to a bountiful collection. It’s as though the director has been working up to this film for his entire career, learning from past mistakes, seizing upon what was exceptional and ending up with a movie glistening with perfection.

The Irishman is available on Netflix from 27th November 2019.

Watch the trailer for The Irishman here: 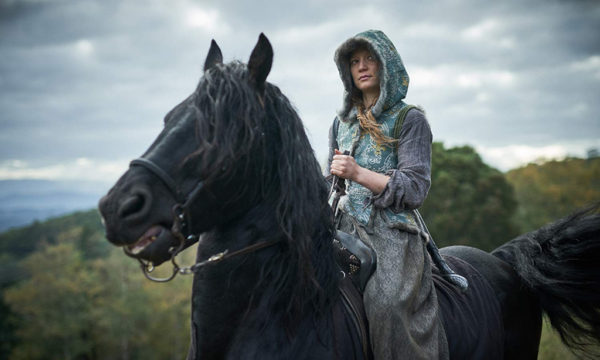