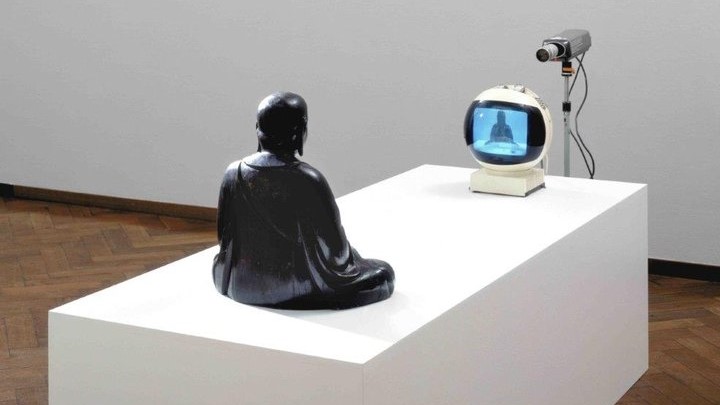 Nam June Paik’s visionary work returns to Tate Modern this month, stretching over 5 decades to include never-before-seen early works and a restaging of the award-winning installation Sistine Chapel (1993) for the first time since its creation over 25 years ago. This breathtaking work explores the mimetic relationship whereby technology, like nature, is subject to change by human interference and interaction. This theme is explored throughout the Korean-American artist’s oeuvre: not simply through human intentionality, but also through intervention that is sporadic and unpredictable, such as in TV Buddha (1974), where the camera lens is fixed on a Buddha figurine which views its own image on a TV screen while passing spectators cast a shadow on it.

TV Garden (1974) is a room covered with live plants and TV screens showing a series of images. This work highlights the interconnectedness of different aspects of existence, traditionally separated through the dualism that has relegated technology to a hidden nuance of complex scientific processes. Paik explores the notion that technology, being one with nature, can work beside her towards a vision of peace and unity – a view epitomised by the robot sculpture Robot K-456 (1964). Returning to London after 50 years, the robot was developed at a time when technological advances were being made for military gains. It accordingly symbolised fun, peace and the interdependence of humans and technology.

By merging Eastern and Western traditions, Paik’s work is innovative and challenges borders that seek to divide. His self-reflexive pieces such as Egomachine (1974) playfully unite Zen meditation with technology to explore artists’ tendency to write and talk about themselves. Paik, of course, is no exception, as highlighted by Hand and Face (1961), in which his own body becomes a source of performative action.

Other highlights of this exhibition are The Mongolian Tent (1993), Family of Robot – which includes the first public view of Aunt (1986) and Uncle (1986) – and the broken piano in Zen for Wind (1963), which was destroyed in an impromptu action by his friend and fellow artist Joseph Beuys as part of Paik’s solo exhibition in Wuppertal, Germany in 1963. This latter also includes dangling objects which play random noises as they move.

This innovative, interactive display of Paik’s artistic genius is about reclaiming freedom in a hostile and divided reality. In his own words: “Television has attacked us for a lifetime, now, we strike back.” 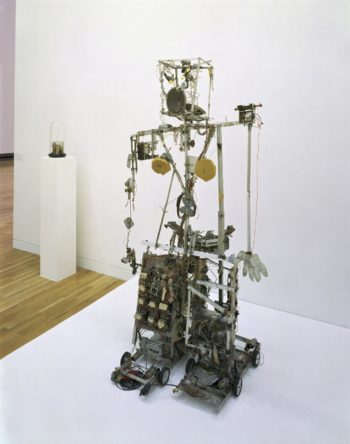 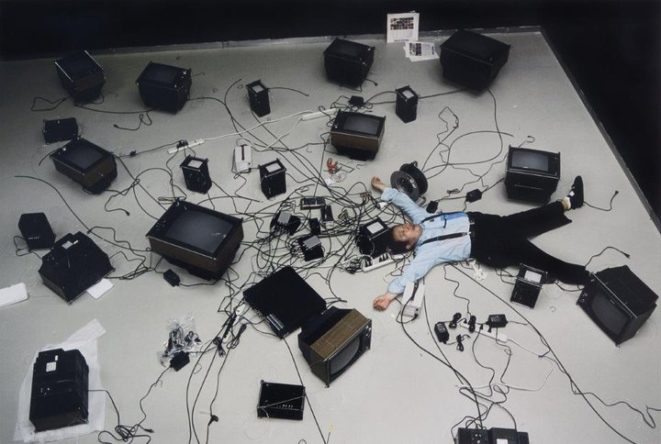 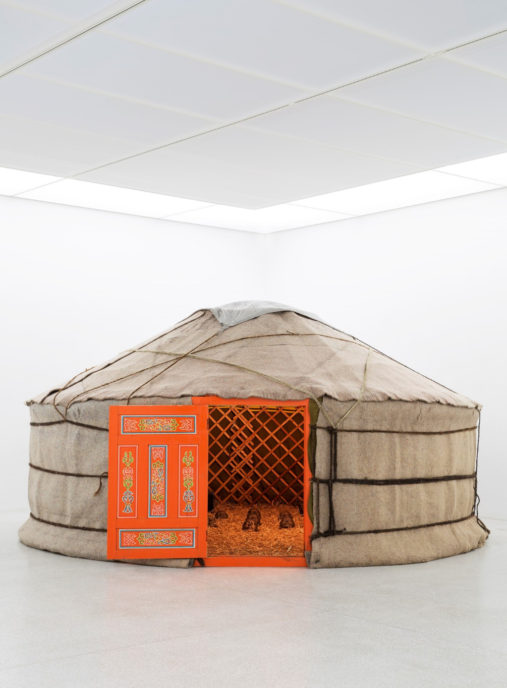 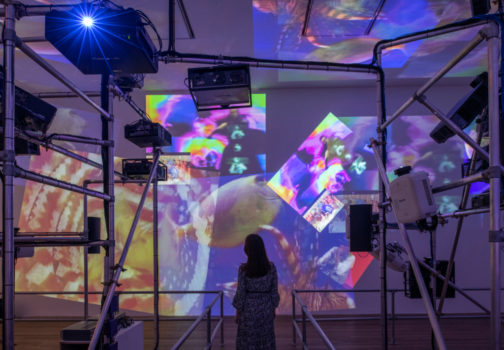 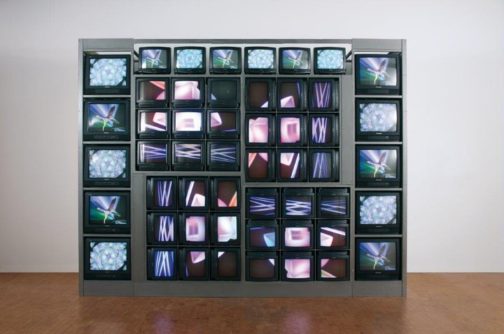 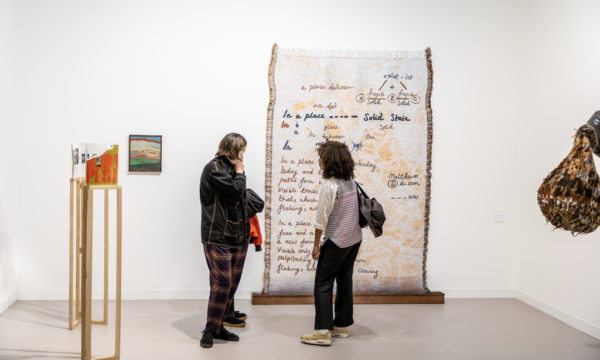 “We can really blow some doors down as far as the representation of people with disabilities goes”: Writer-director duo Michael Schwartz and Tyler Nilson discuss The Peanut Butter Falcon
Miles Kane at Electric Ballroom | Live review