The Girl Who Fell at Trafalgar Studios 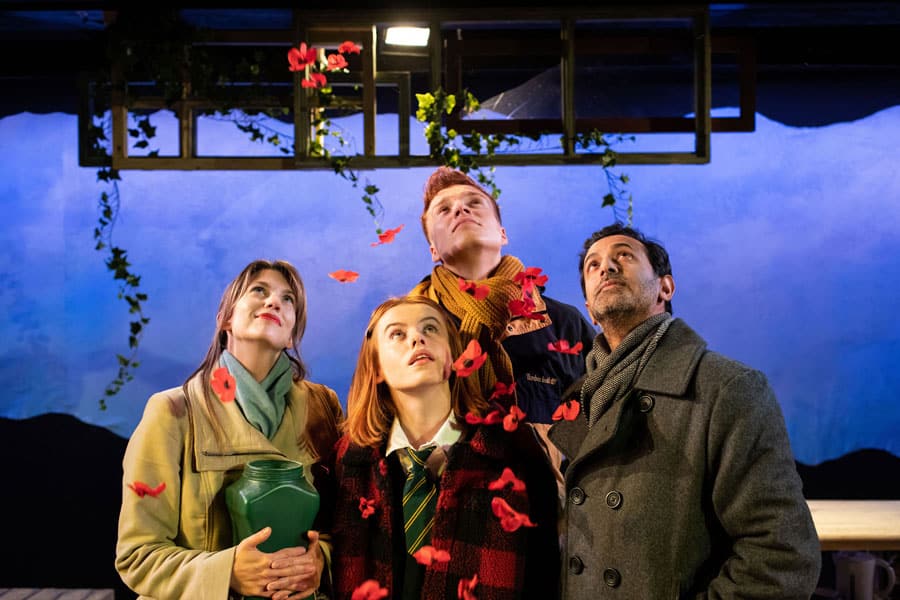 The Girl Who Fell at Trafalgar Studios | Theatre review 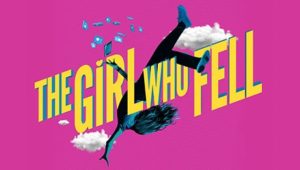 The Girl Who Fell

A sudden death, a bereaved mother, questioning friends and a stranger left forever changed sets the tone for The Girl Who Fell. On Trafalgar Studios’ intimate stage, it only takes four actors to portray the life-altering effects of the suicide of a loved one. Sarah Rutherford manages to craft a production that tackles the aftermath of such a devastating event on friends and family with a comedic twist that somehow fits in seamlessly.

The play opens with Billie (Rosie Day) and Lenny (Will Fletcher) hanging about their neighbourhood following the recent death of their friend Sam. Billie, who has a tendency to recite dark poetry as a response to nearly everything, pokes and prods at the concept of death, often flustering her airheaded brother with inappropriate insinuations as she rolls around the set on shoes fitted with a set of wheels. Day expertly plays a curious, highly intelligent teenage girl with an air of confidence that is often difficult to portray on such a small stage. Her lines are by far the most complex of the group, but she delivers them effortlessly without a single misstep. A towering Fletcher manages to convince audiences that he’s a simple, often tongue-tied teen adjusting to his rapidly growing stature. He provides just the right touch of comedic relief without which would have resulted in a far more sombre play.

The stage, which looks something like a cross between a mossy sidewalk and a shabby living room, is a bit difficult to decipher at first, but once viewers become accustomed to the use of space it becomes more clear. With dubstep blaring through the speakers as the actors move props around, the scene shifts to a small-framed woman sitting in her living room. We learn that Sam’s grief-stricken mother Thea (Claire Goose) has not handled the death well, as expected. She is on a vicious cycle of questioning, drinking and contemplating suicide herself until she meets Gil (Navin Chowdhry), a kind, seemingly put-together anaesthesiologist with a backstory one would never expect.

Goose and Chowdhry have an excellent dynamic that allows them to take on difficult scenes, shifting from intimacy to anger in such a realistic manner. Most notably, a sequence involving the use of Ketamine is so convincing that viewers can almost feel the vertiginous queasiness that they appear to be experiencing. Goose’s emotionally charged role is equally persuasive, from tearful breakdowns to her awkward “cool mom” hand bob when she turns on the radio. Chowdhry comes in as the superficially ideal love interest – cool, good-looking and confident – yet he nails the transformation into someone else entirely to portray Gil’s multi-faceted personality.

The characters continue to play the blame game and try to decipher their own roles in Sam’s suicide, but they never really find a definitive answer. Regardless, they are left with a calming sense of closure that neither of them would have found without one another. In our generation of growing mental health awareness and social media pressures, The Girl Who Fell deliberates the indeterminate nature of suicide in a fascinating way.

The Girl Who Fell is at Trafalgar Studios from 15th October until 23rd November 2019. For further information or to book visit the theatre’s website here.

The Girl Who Fell