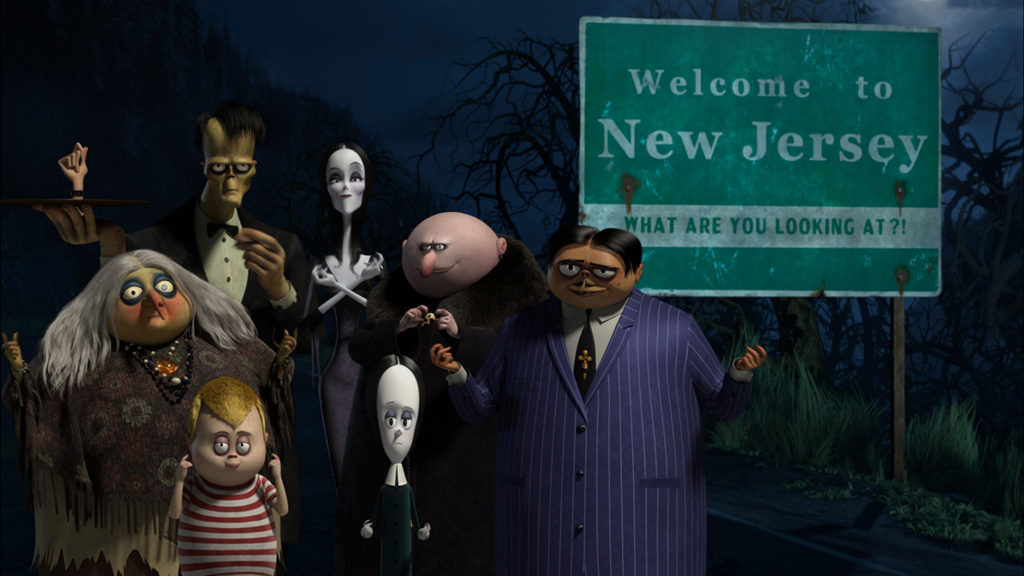 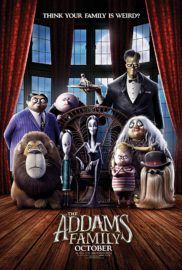 “They’re creepy and they’re kooky, mysterious and spooky; they’re all together ooky: The Addams Family.” Yes, this fictional household, who have been around for quite some time – with multiple beloved TV series and the two Barry Sonnenfeld films – has definitely made a name for itself, becoming an established part of popular culture. Now, these memorable characters return to the silver screen for another adventure with the animated movie The Addams Family.

After escaping life in the “Old Country”, Gomez (Oscar Isaac) and Morticia Addams (Charlize Theron) decide to relocate to a haunted house in New Jersey, raising their two children – Wednesday (Chloe Grace Moretz) and Pugsley (Finn Wolfhard) – within the spooky dwelling. However, trouble brews when reality TV host Margaux Needler (Alison Janney) comes across the macabre family and wants to drive them out of town, considering them an impediment to the perfect community that she wishes to sell on her show.

Directed by Conrad Vernon and Greg Tiernan, this new instalment certainly updates the film’s iconic spooky family for a modern audience; easily making the premise and material both accessible and easy to digest for all ages (whether you’re familiar with the characters or not). The movie also finds a nice rhythm within its runtime, which clocks in at around 87 minutes, balancing the story across its respective protagonists and creating a tighter movie with no excessive subplots. Plus, the film’s humour appeals to both kids and adults; making the plethora of animated jokes and gags fun and amusing for the whole audience.

Perhaps the main problem with the movie is in the exploration of themes that are somewhat identical to that of the Hotel Transylvania franchise: messages of acceptance mingled together with macabre cartoon-ish antics. It’s all well and good, but the film feels a bit repetitive and has that feeling of “been there, done that”, which really doesn’t reinvent the narrative wheel. On top of this, the feature’s story, though quite presentable, could do with a bit more substance. Another issue is in the film’s animation, which seems a bit subpar. The overall character designs definitely match the oddities of the titular family, but the animation as a whole lacks the intricate detail of most prominent animation studios out there (Disney, Pixar, DreamWorks, Illumination Entertainment).

What outweighs these pitfalls, however, are the voice talents attached to this animated project, with Isaac and Theron perfectly bring their characters to life their respective roles of Gomez and Morticia Addams. Both are equally impressive and definitely headline the movie, anchoring the feature in their character’s involvement. Likewise, the talents of Moretz, Wolfhard, Nick Kroll and Bette Midler round out the rest of the Addams Family members, beautifully embodying each personality. In addition, Janney is pitch-perfect as the movie’s antagonist, and even Snoop Dog does a fun interpretation of Cousin It.

In the end, while the movie’s plot could’ve been improved and the animation updated, The Addams Family is a cute animated remake of the classic world, with a balanced character focus, impressive voice talents and a tight runtime. All in all, this feature is “frighteningly fun”, and provides something perfectly “creepy and kooky” for all ages this Halloween.

The Addams Family is released nationwide on 25th October 2019.

Watch the trailer for The Addams Family here: