Ghost Quartet at the Boulevard Theatre 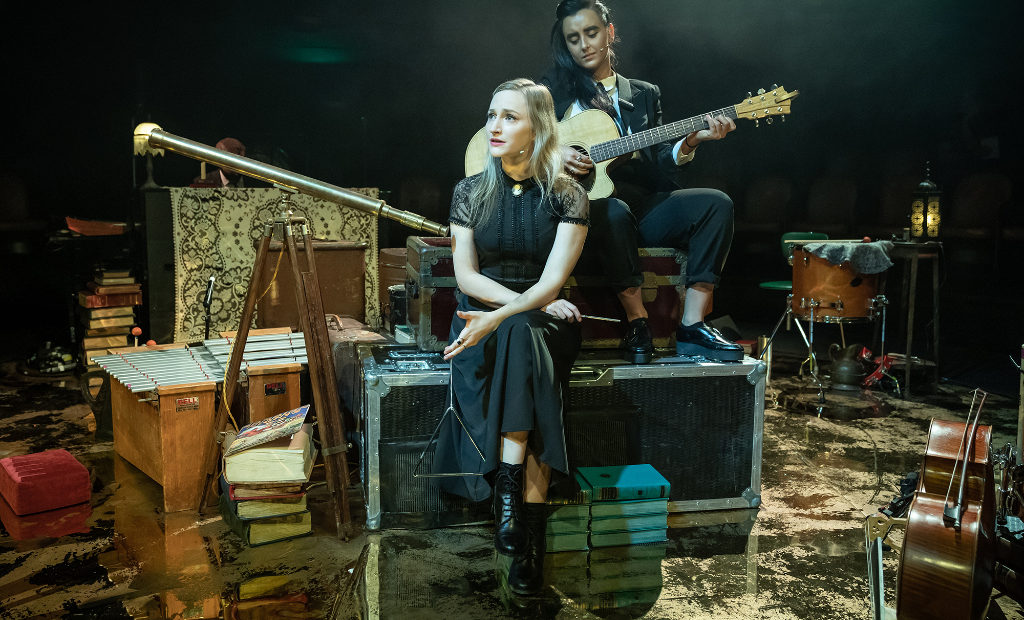 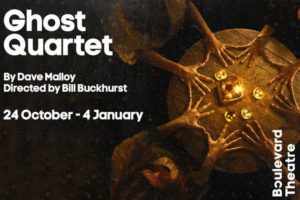 First things first: the new Boulevard Theatre is lovely. Yes, it maybe has that middle-class sheen that afflicts the Bridge Theatre, and in its current configuration just resembles a swankier version of the Orange Tree in Richmond. But there are far worse theatres to emulate – the Boulevard has a charming intimacy to it that Bill Buckhurst’s production of Dave Malloy’s Ghost Quartet makes fantastic use of.

As for the show itself, it’s more like a staged alt-folk, bluesy concept album – or “song-cycle” – than a traditional musical. That’s only driven home by the cast-as-“band”, in their English accents rather than American singing voices, reminding everyone what side and track number we are on before each tune.

Plot-wise there is a hell of a lot going on, and the production does very little handholding to get you through it. By the end, it is clear-ish – though admittedly this has also come via some post-performance Googling. There’s a tale about two sisters, the astronomer they both love and a quest-setting bear; a retelling of Edgar Allan Poe’s The Fall of the House of Usher; something to do with One Thousand and One Nights storyteller Scheherazade and the ghost of Thelonious Monk; and a grisly incident on the subway involving a morally compromised photographer.

It all adds up to a ghostly, mournful, lively evening, if one that – at least for this reviewer – never reached an ah-ha moment either thematically or narratively. More like a gig of a band you haven’t heard of, but sort get into track-by-track as their set progresses.

The cast, each playing multiple instruments, are astonishing. Zubin Varla at the piano, the de facto bandleader, his wonderfully distinctive pipes lending such character to the piece. Master cellist Niccolo Curradi, cheekily interacting with the audience. The beautiful clarity of Carly Bawden’s voice, especially near the end in Hero. And Maimuna Memon – an alternately unsettling, captivating and dramatic presence, the production’s tonal shifts best expressed through her performance.

The show’s strengths lie in showing what this Boulevard Theatre can do, rather than the best it can be. It’s a space small enough to allow the cast to hand out glasses of whiskey to the audience, bring them on stage to play instruments. In the right hands, it could be really special. Ghost Quartet is a decent start.

Ghost Quartet is at the Boulevard Theatre from 24th November until 4th January 2020. For further information or to book visit the theatre’s website here. 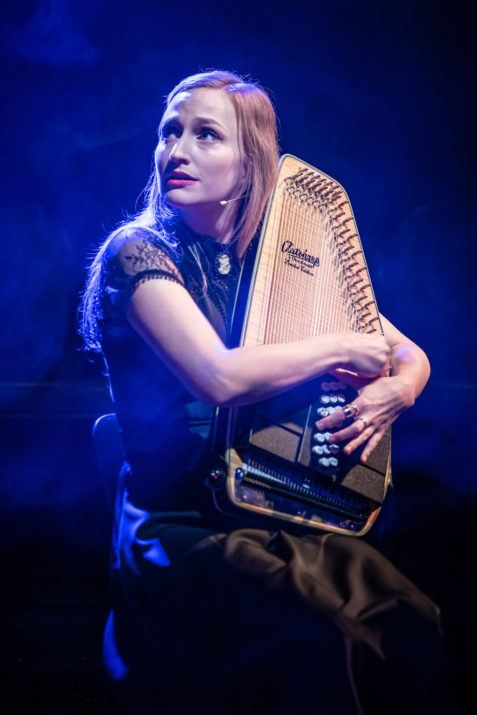 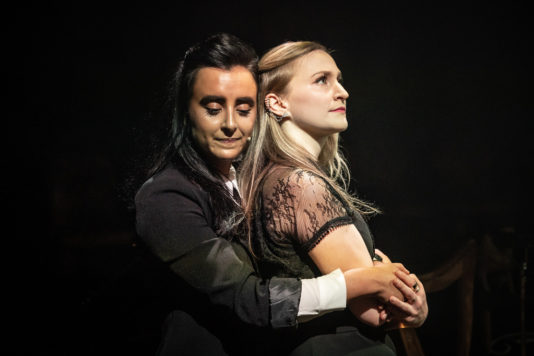 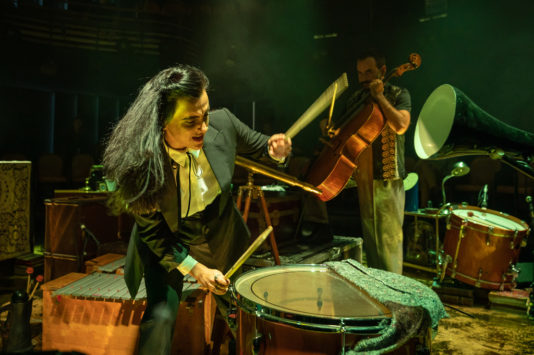 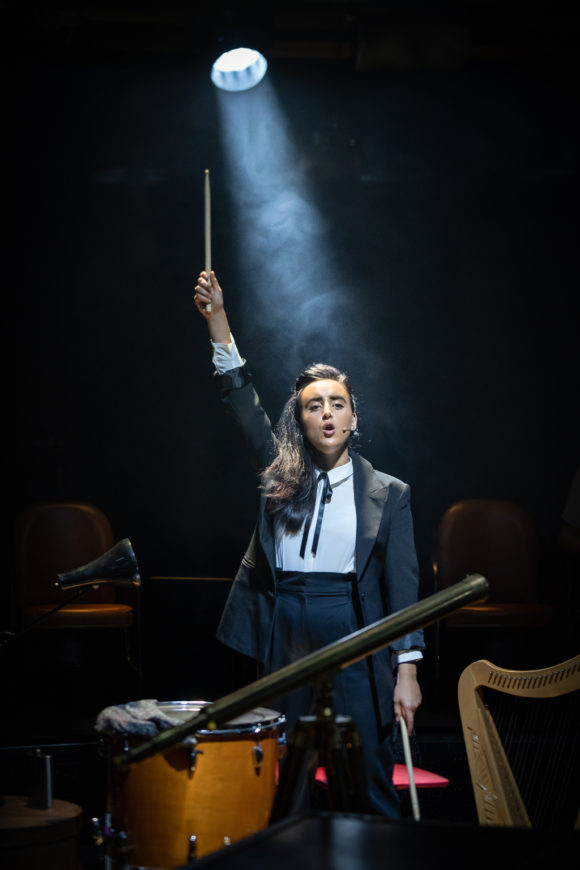 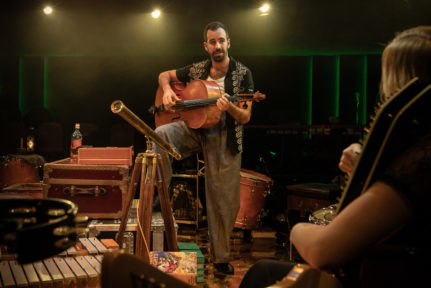 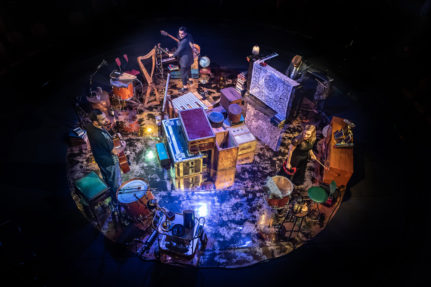 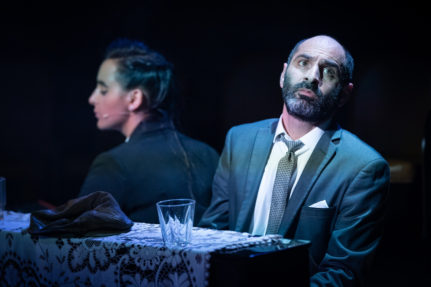 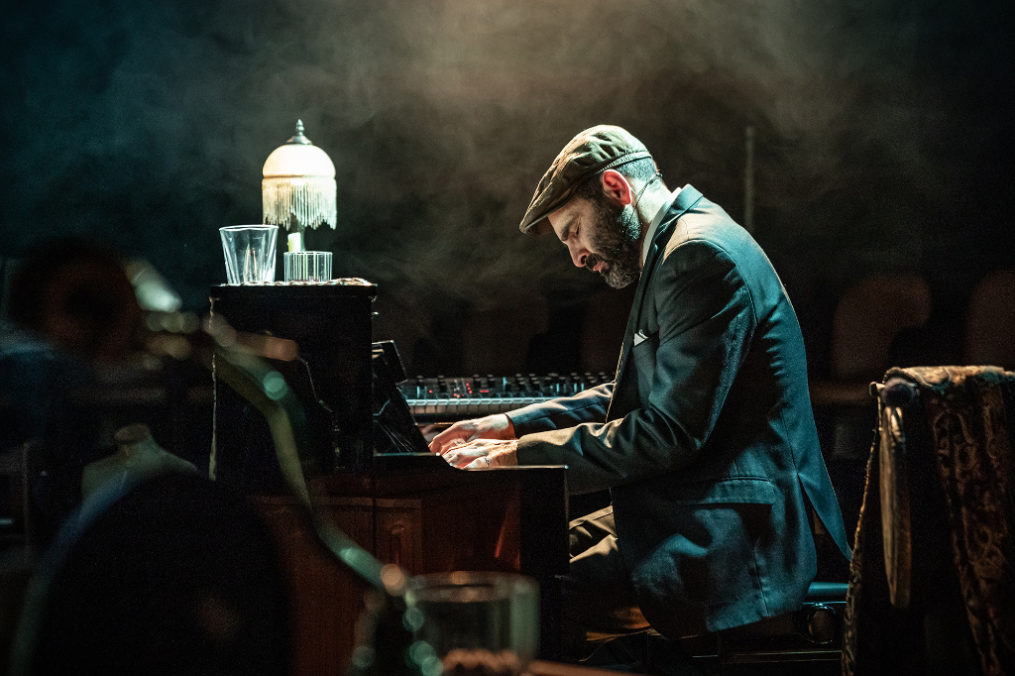