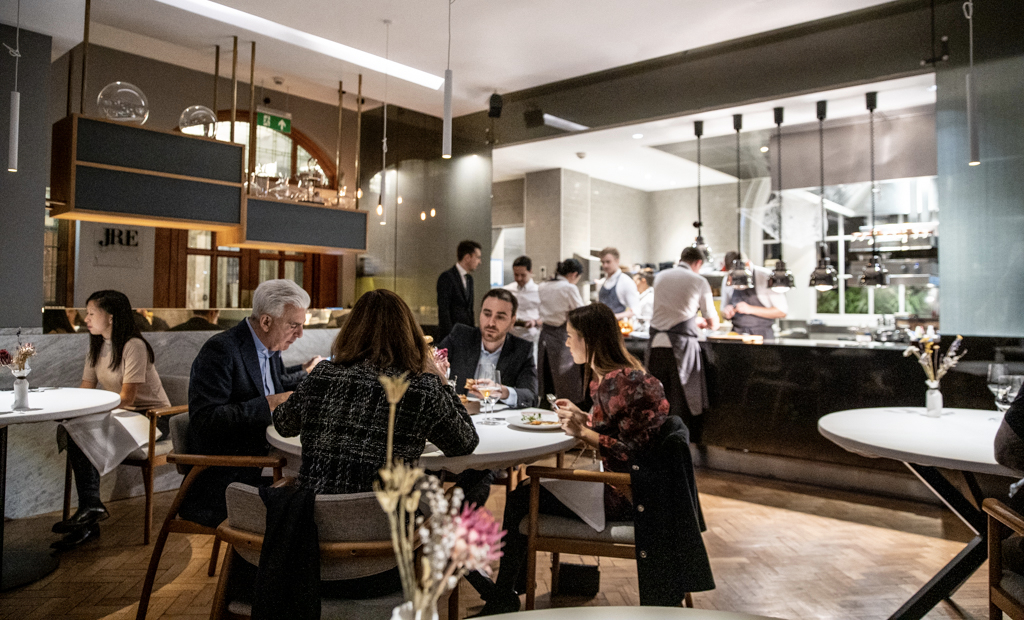 I have sat at this table several times: three restaurants and three chefs have changed, each one a testament to a new rising trend. First it was Viajante, when liquid nitrogen, agar-agar and tweezers were a flag for ultimate fine-dining. Then the Noma storm hit the UK and we discovered that the modern chef isn’t a scientist, he is a naturalist, a forager. Possibly tattooed. Tweezers were still involved, this time to place lichens, raw seafood and wild herbs on stoneware. Lee Westcott opened the Typing Room and he did great things – what was known as New British (the local adaptation of New Nordic) cuisine. It worked for many but not for the Michelin, who didn’t award them the star that this dining room had proudly owned before. Come June 2018, the restaurant closed its doors and the hotel announced they would repurpose the space. Seven months later, a Latin American duo quietly took over.

Rafael Cagali and Paulo Airaudo are Brazilian and Argentinian respectively. They both share Italian roots and they have both worked in Italy, as well as at the Fat Duck, where they met. Their careers took them to different places, Airaudo landing in San Sebastian to critical acclaim with the opening of Amelia, Cagali firmly in the UK. Their Italian heritage inspired this project – Da Terra means “from land” in Italian – and it perfectly represents the combination of cultures that London embodies. 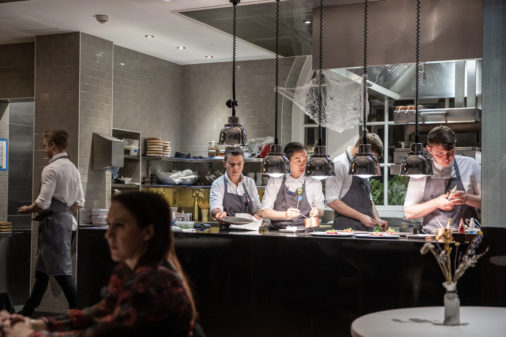 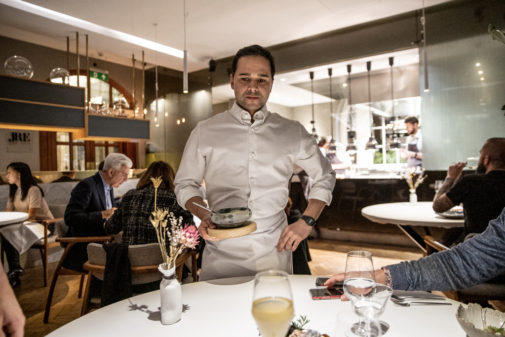 There’s the long menu (11 courses) and the not-so-long menu (eight courses) to choose from. It’s on a blind basis, so the conversation is primarily about allergies and dislikes. We go with the former, which begins with a bang: a cured scallop dish with fennel, koji and Granny Smith. A number of sea herbs and marigold leaves combine with the freshness and acidity of the apple, making the raw mollusc a delight. Next to it, edible pebbles contain a foam made from the roe. It’s not only good and clever, it’s genuinely fun (also thanks to the little Lego sub and shark). 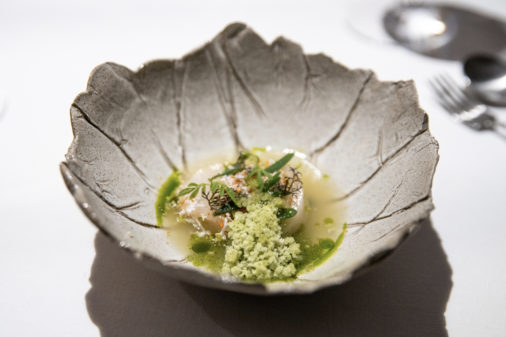 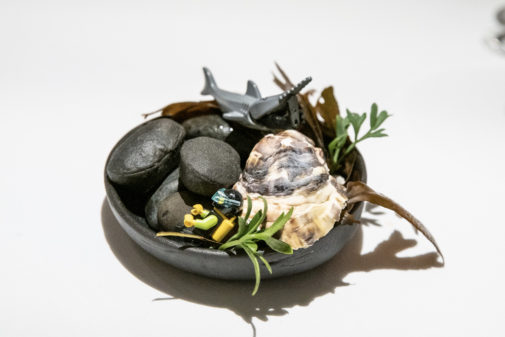 The duo’s take on the Tuscan panzanella is the most Italian dish; the datterini tomatoes’, basil’s and speck’s flavours remain clearly distinguishable and yet they harmoniously mix in a light burst. The meal continues with The Chicken, where several parts (and products) of the bird lie elegantly on a plate: a foot, wings and egg yolk come together with a spoon of jus. As if it wasn’t enough, an eggshell filled with liver mousse and an onion focaccia complete the course. 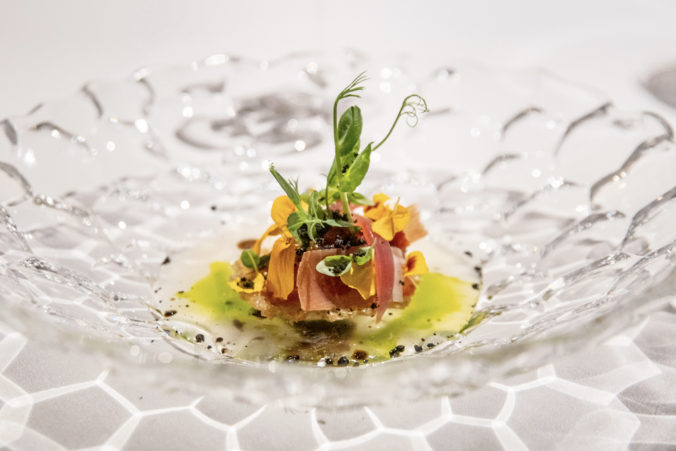 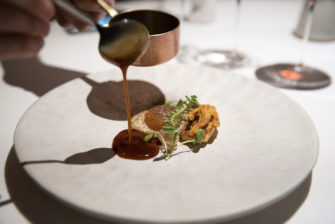 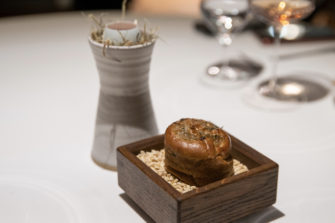 The chefs take the food to the tables, which always makes it extra special as they clearly know every detail as they introduce it. The sourdough bread is treated as a major part of the tasting menu: it’s served with mouthwatering bone marrow and cultured butter, as well as a Scotch artisanal beer (Chopper Stout from 6°N). To follow, on a dark plate, slices of beetroot cover mussels, and a creamy broth with trout roe seals this exquisite dish. 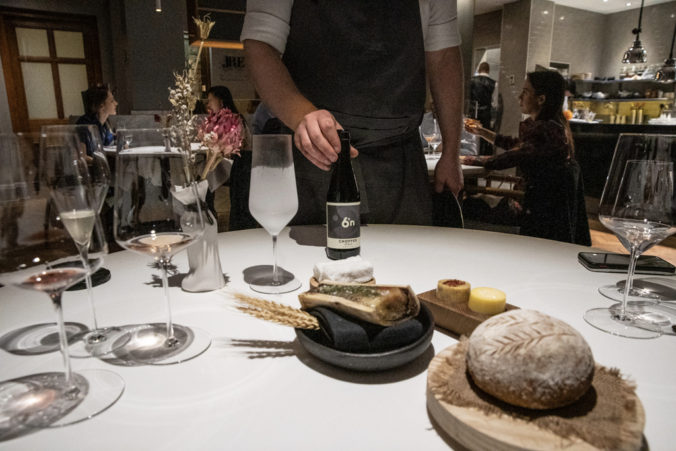 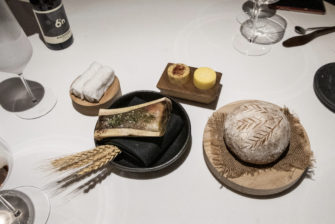 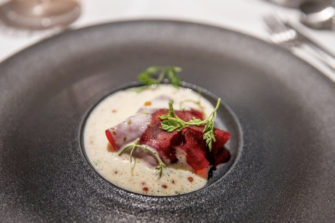 By this point I have to admit I was caught off guard. It had been a long time since I had had a joyfully creative meal in my city, free from rules and boasting vibrant flavours. I began to question what they were doing at Da Terra. In recent years, restaurants in London have suffered from a tendency to serve way-too-similar food, in similar-looking spaces, with unvarying style in the front of house and kitchen: sometimes it feels like I’m eating the same seared scallop, the same sourdough loaf, the same medium-rare lamb. It’s very good food, but it doesn’t dazzle anymore. Cagali and Airaudo, instead, keep surprising, course after course, with the cod and bagna cauda, and a modern recreation of the Brazilian classic feijoada. 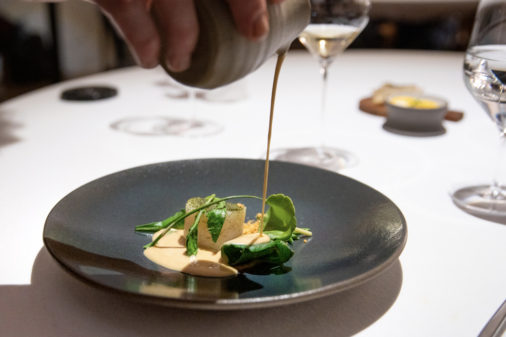 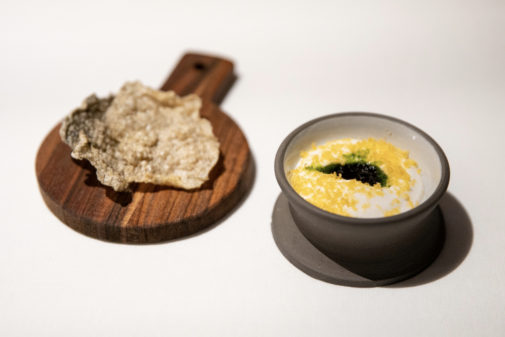 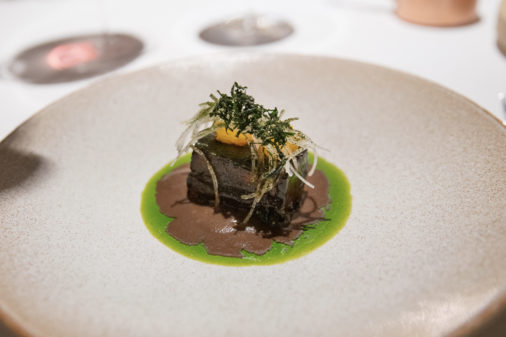 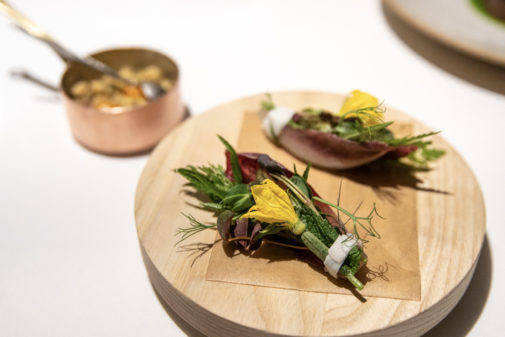 A sorrel, pistachio and raspberry dessert – with drops of balsamic vinegar – completes the tasting menu, which I’ve had with a wine flight that offered a couple of high points, in particular the Pinot Grigio 2015 from Dario Prinčič: a macerated “white” (fermented on its skins for eight days) with an intensely mineral finish. 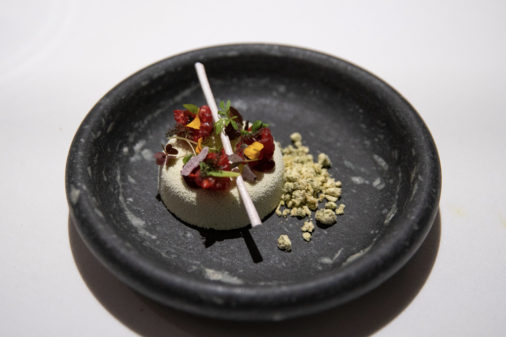 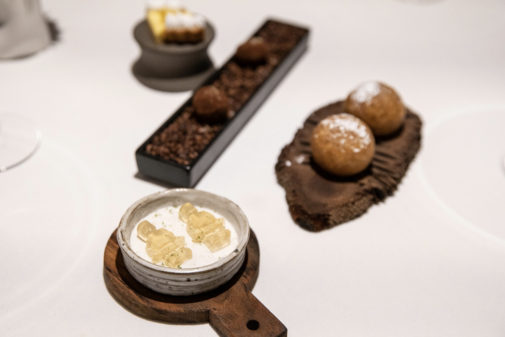 Because Viajante and the Typing Room were expressions of something new, Da Terra – a deserving recipient of a rapid Michelin star – gives me hope that we will again see more creativity in the increasingly ordinary London fine-dining scene. 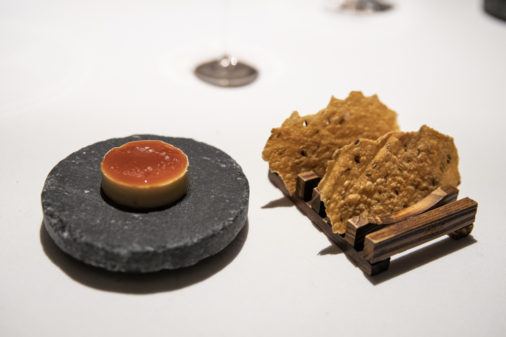 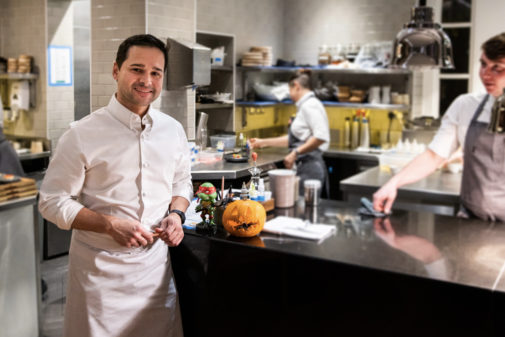 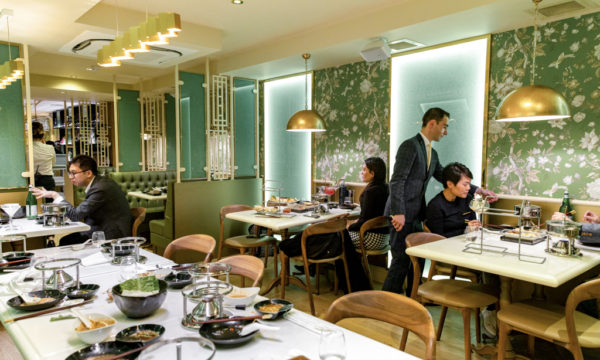 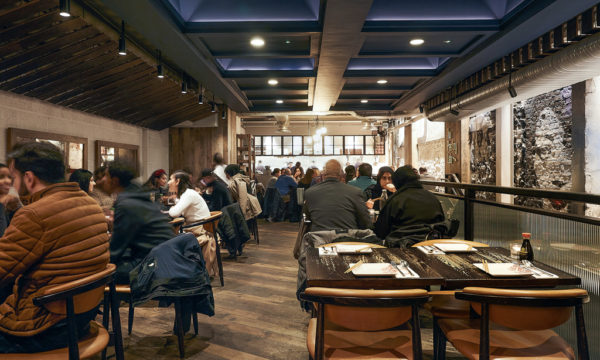 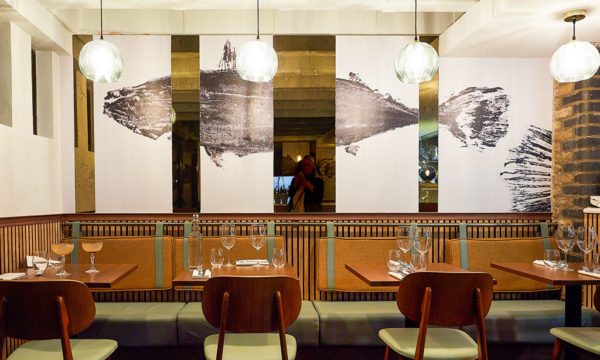 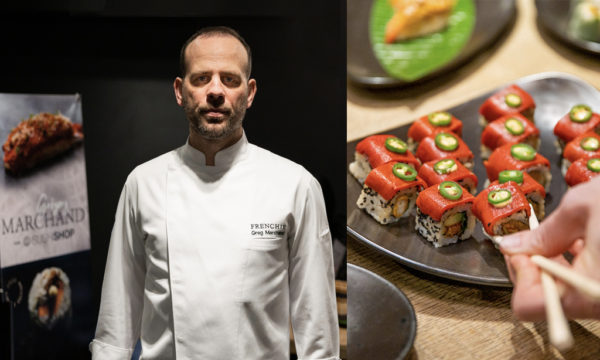