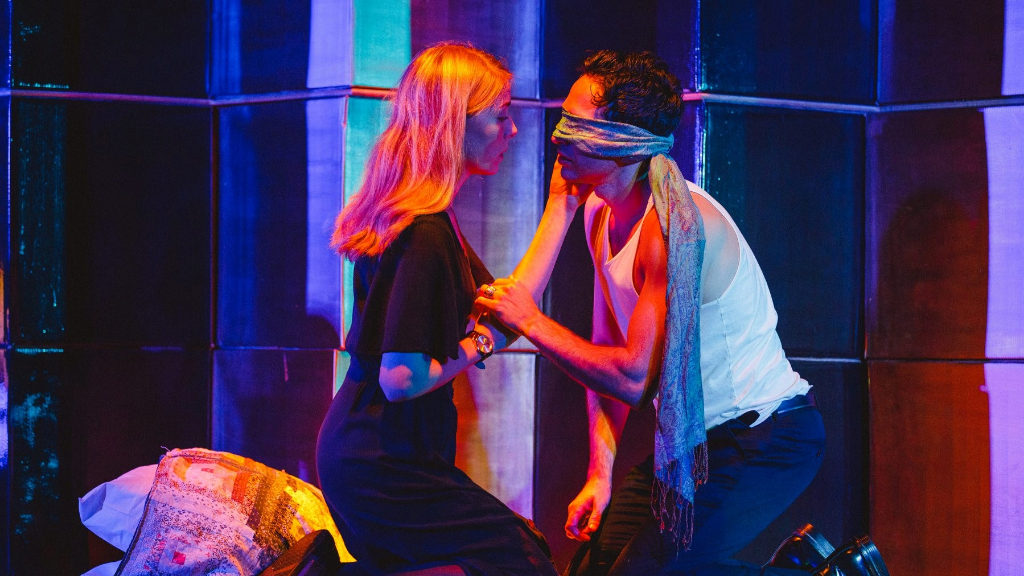 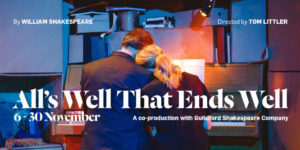 The concealed gem of the West End, Jermyn Street Theatre is an intimate space, the stage so close to the audience that they are practically on stage. Set and costume design by Neil Irish and Anett Black presents Littler’s production as a modest affair – cardboard boxes feature as the backdrop to a bedroom – that still retains a high quality.

Physician’s daughter Helen (Hannah Morrish) has recently lost her father and been taken under the care of the Countess of Roussillon (Miranda Foster), growing up with Bertram (Gavin Fowler). When he goes to assist the ailing Queen of France, Helen confides her love for Bertram to the Countess, and together they decide she should go after him and profess her love; this she does, under the guise of helping the Queen with medical knowledge gained from her father.

Bertram meanwhile journeys through Europe and the high seas with his mischievous friend Parolles (an excellently eccentric Robert Mountford), while Helen manages to cure the “incurable Queen”. In exchange for doing what was deemed impossible – something not even the best doctors in the land could achieve – Helen is granted the chance to marry anyone; she chooses Bertram. When the young man objects to the union and yields only to please the Queen, he flees to Florence and fights in the Tuscan wars. While there, he courts a young woman named Diana (Ceri-Lyn Cissone), whom Helen also meets on her journey in Italy; together they plan Bertram’s downfall. The soldier realises his arrogance and, finding that Helen is pregnant, accepts their relationship.

The actors do an excellent job in their respective roles, connecting with each character vividly; particularly noteworthy is Foster as the Countess, Queen, and widow. Stefan Bednarczyk showcases his exceptional musicianship playing piano renditions of Fleetwood Mac (including The Chain and Rhiannon) and Patti Smith’s Because the Night.

Though a less-staged play than certain of Shakespeare’s more popular and frequently performed works, Littler’s adaptation is a fresh one, if too long. He creates an accessible piece that evokes the timeless themes of unrequited love, familial bonds and national responsibility.

All’s Well that Ends Well is at Jermyn Street Theatre from 6th November until 30th November 2019. For further information or to book visit the theatre’s website here.

Watch the trailer for All’s Well that Ends Well here: