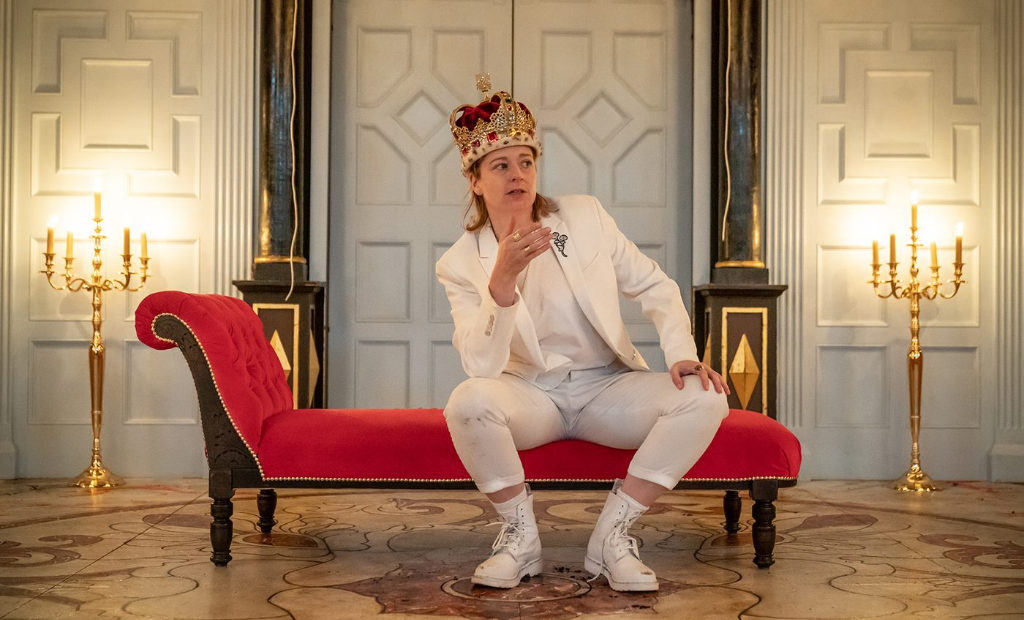 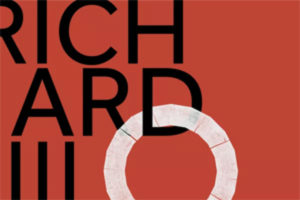 Shakespeare’s historical plays invariably offer plenty of food for thought. The political conflicts they depict are, sadly, forever relevant in one way or another. What audiences are not used to expecting, however, is being wildly entertained. The Globe’s Richard III, currently playing at the Sam Wanamaker Playhouse, transforms Shakespeare’s dark classic into a refreshingly dynamic, absorbing tour de force and employs its tragicomic features to full effect, keeping the audience enthralled and amused even at the most unlikely points.

The story recounts the ascent to the throne of the power-thirsty Richard, who mercilessly plots against his own brother and every person who stands in his way. The play is catapulted into a modern world where plastic bags and scissors are the favoured weapons for murder. The gangster-like executions of several characters bring to mind many a classic cinematic scene, and their effect is strong. It may take a little time to get used to sporty attire and such, and in truth, the costume choices appear to be detached from any context in most cases, but there are so many exciting elements in the production that the aesthetic incongruence is easily overlooked.

One of the directorial choices that sets the production apart is the fact that it shifts the focus from its central character and extends the spotlight to include Richard’s whole entourage. The message that co-directors Sean Holmes and Ilinca Radulian wish to convey with this approach is that corruption cannot be limited to a single individual. For every corrupt leader, there is a network of people who support his actions and innumerable passive accomplices who allow the wrongdoings to take place and avalanche. Unlike most stagings of the play, selecting the actor playing Richard was not the pivotal choice. The directors had worked with the cast for some time and had formed a bond by then and established a mood. Holmes reveals that filling the role of the protagonist was a secondary matter at that point.

Out of the cast, they believed that Sophie Russell would be best suited for the challenge, and she does indeed embody the role with incredible flair. Bold and brimming with confidence, she portrays a shamelessly unscrupulous, superficial and insolent ruler. Interestingly, there is no sign of Richard’s deformity: the omission of this often-emphasised detail suggests a desire to point at the psychological dimension of the character’s limitations.

While the production does have minor imperfections, including a finale that could have more punch, it ultimately fulfils its most valuable accomplishment: to turn Richard III, a play that is incredibly powerful but that rarely feels so accessible, into a truly exciting experience.

Richard III is at Sam Wanamaker Playhouse from 22nd November until 26th January 2020. For further information or to book visit the theatre’s website here.