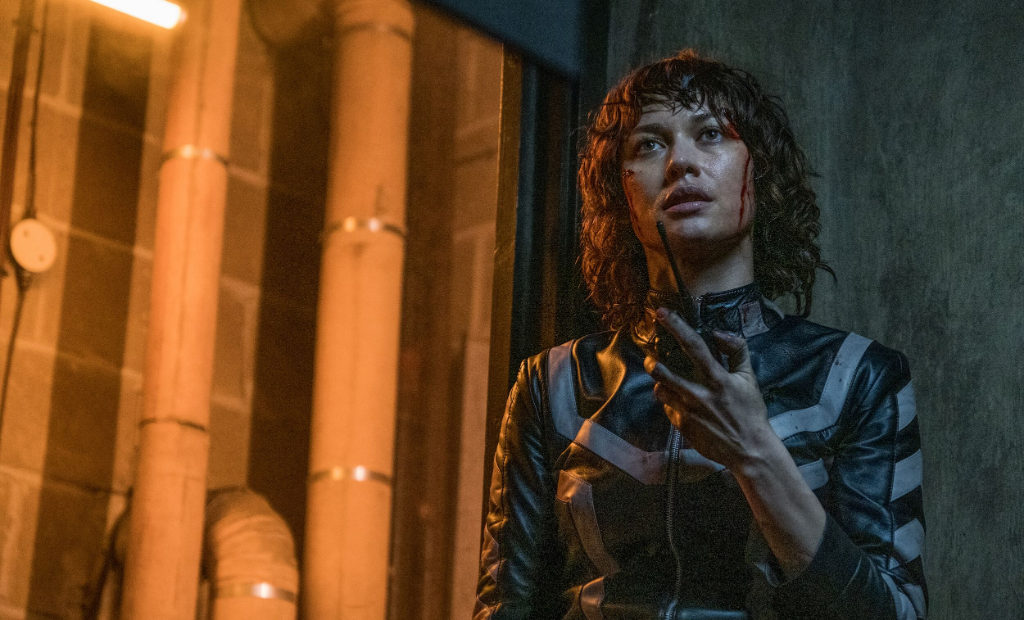 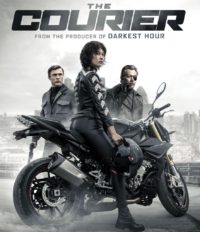 Without hyperbole, Zackary Adler’s The Courier is perhaps the worst film of the year. It’s riddled with terrible performances, it shoe-horns in every thinkable action movie trope and cliché, the plot is nonsensical and it’s tonally inconsistent throughout. And yet, because of its commitment to its own single-minded insanity, there is surprisingly some charm and entertainment value to be found here for those willing to look for it.

The plot centres around an unnamed London courier (Olga Kurylenko) who, discovering she’s been set up to deliver a bomb, finds herself in the middle of a New York crime lord’s (Gary Oldman) plot to eliminate the only surviving witness who can testify against him in court (Amit Shah). With a team of hired guns on their tail, the courier does whatever she can to protect the witness while trying to escape from their pursuers.

An admittedly standard premise for the genre, almost all the potential for this to be a genuinely fun flick is erased from the offset due to by-the-numbers script and flat delivery – including a title sequence you’d expect from a straight-to-video B-movie from the early 2000s. The biggest culprit is Oldman as eye-patched villain Ezekiel, who exerts no effort into his performance, coming across like a bored pantomime Bond villain. Had he – and other cast members – embraced the lunacy of their characters, then this could have been a completely different film.

Kurylenko, on the other hand, is by far the highlight here. She’s a source of personality and humour and is always fun to watch onscreen. Likewise, Craig Conway as the head goon goes beyond Nicholas Cage levels of crazy to be equally as engrossing. However, alongside the other performances, comically excessive and cheap gore effects, serious tone and stylish but out-of-place black and white flashbacks, these pieces just don’t fit into a cohesive whole. That is, until the flick hits the climax, where it goes all-in on its over-the-top gore and B-Movie thrills to create something rather brilliant.

Generally speaking, The Courier delivers a generic, flat and pretty awful film thanks to noticeably bored actors and tonal mess of a screenplay. But when the pieces do eventually slot together, Adler’s vision of a ridiculous action thriller is there for a brief time. By no means a good film, The Courier makes for a good rainy day flick this winter.

The Courier is released in select cinemas on 20th June 2019.

Watch the trailer for The Courier here: