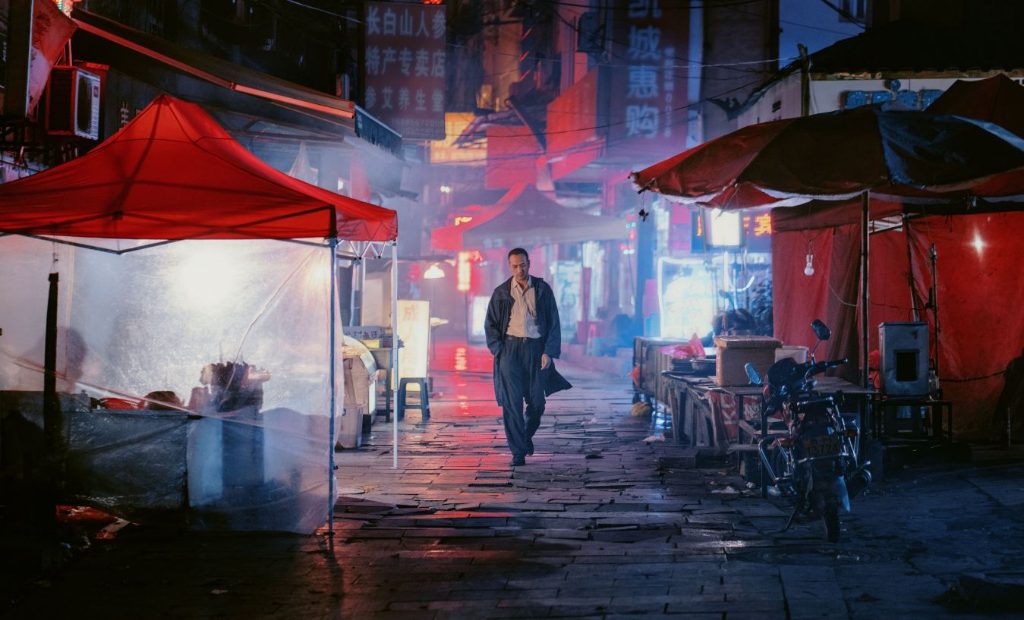 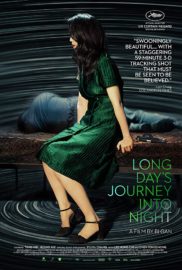 Technically impressive, gradual and ethereal, Bi Gan’s Long Day’s Journey into Night bears little other direct relation to Eugene O’Neill’s famous opus. Here, we amble through an in-between world, an enveloping haze of dream and loss, a sprawling space resistant to progression and a disorienting vacuum for time – all those broken watches; all those broken clocks.

The film is defined by a bravura third act, one extended 3D take that stretches under tunnels, over streets, across zip lines and through the air, fracturing the woozy melancholy, breaking it into fragments. This is a tale of attempted recovery and strained memory in which protagonist Luo Hongwa (Huang Jue) tracks down former love Wan Qiwen (Tang Wei) in his hometown of Kalli. Characters always feel constrained – their inhibitions suffocate them – while the camera swoons elegantly around, negotiating building and person, brick and soul.

The storytelling is opaque to the point of uninteresting, while the moody lighting amounts to an oppression, urging an incurable case of somnambulism. Curious moments break up the wayward search: upturned apple carts, a surprise mask, games of table tennis and billiards. Chomped apples define key passages, while the mask begins the unbroken descent and ascent into identity, cinema and unreality. There’s frightening tension when a young boy has to plant his pool shot, risking the delusional accumulated sequence. It’s beguiling and slightly portentous.

The art direction and cinematography stand apart and this is certainly one for the cineastes. Many others will be left cold by the feature’s loose approach to narrative and its pervasive rejection of speed in favour of slow unravelling frustrations. But this is audacious work – however flawed – which teases moments from the darkness, returning to old hauntings, concluding on a still-fizzing spark.

Long Day’s Journey into Night is released in select cinemas on 27th December 2019.

Watch the trailer for Long Day’s Journey into Night here: