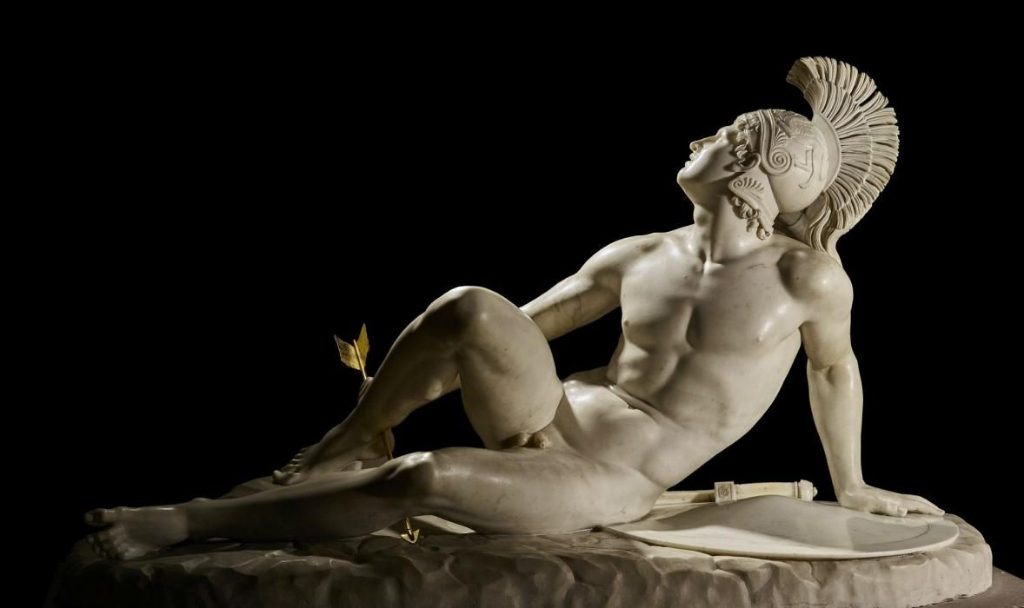 As the sound of carol singing drifts through the streets of London and somewhat worse for wear partygoers dressed as elves gather on the Tube, it can mean only one thing: the fast approach of Christmas Day. Over the Yuletide and New Year period there are plenty of exhibitions to enjoy. Here are a few recommendations to consider for festive visiting.

Bridget Riley at the Hayward Gallery

The Hayward Gallery’s major retrospective of the British painter Bridget Riley’s 70-year career only has a short time left to run. The doyenne of Op-Art continues to create relevant work at the age of 88. Spectacular and disorientating in equal measure, her best paintings pulse with energy. Eschewing the traditional chronological presentation of most art exhibitions, the Hayward has arranged Riley’s work thematically under the banners “Curves”, “Stripes and Diagonals” and “Black and White”. Visitors are given the option of choosing from two separate entrances. Early paintings from the swinging sixties see the artist using monochrome, concentrating on form, with triangles, circles and squares arranged to create rhythmic effects. These testify to the inspiration Riley was then finding in Impressionism, particularly in the pointillism of Georges Seurat. Throughout this exhilarating exhibition there are examples of the artist’s ability to provide visual pyrotechnics. The organisers offer the public the chance to witness some of the creative processes involved in the mapping out of Riley’s works on graph paper prior to production. Preparatory sketches reveal the labour involved in the cultivation of her illusions. Ultimately, however, interesting though such revelations may be, it is the arresting, bewildering nature of this consistently brilliant painter’s works that leaves an imprint on the viewer’s eyes.

Bridget Riley is at the Hayward Gallery until 26th January 2020. For more information visit the gallery’s website here. 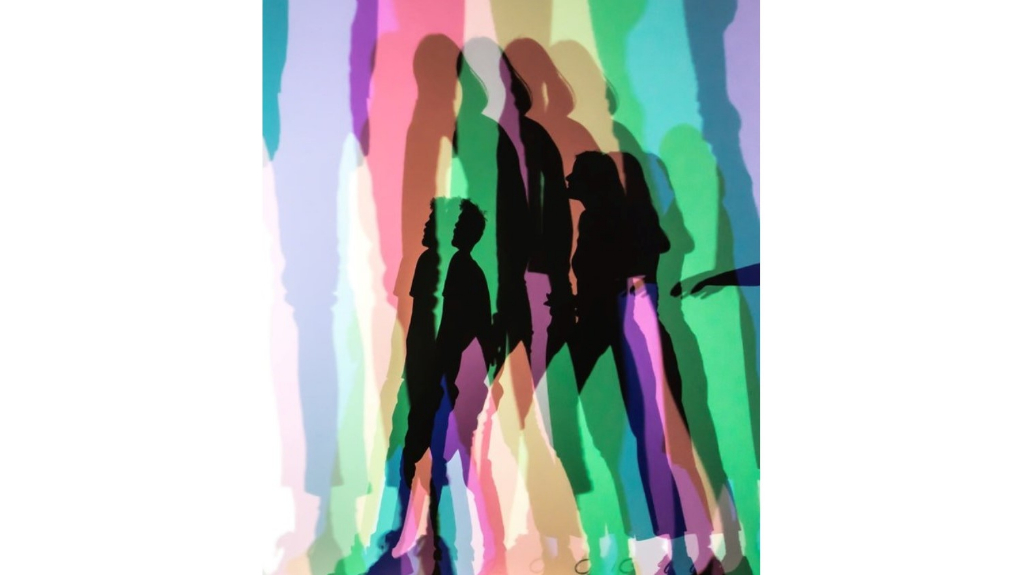 Back in late 2003, the Danish-Icelandic artist Olafur Eliasson’s installation Weather Report captured the public imagination in the Tate Modern’s Turbine Hall. His current exhibition at the same gallery, uniting some 40 works from 1990 to the present, has proved equally popular since it opened in July. Eliasson’s practice has embraced immersive installations, sculpture, painting, printing and photography, even extending to collaborations on architectural projects. Natural forces and environmental concerns are recurring themes. At the heart of much of his work is the artist’s desire to make the viewer more aware of their senses. One highlight, Din Blinde Passager (Your Blind Passenger, 2010) is an immersive installation asking visitors to walk down a 39m-long room filled with thick white fog. It makes for a strangely uplifting experience. Catch this show while you still can.

Olafur Eliasson: In Real Life is at Tate Modern until 5th January 2020. For more information visit the gallery’s website here. 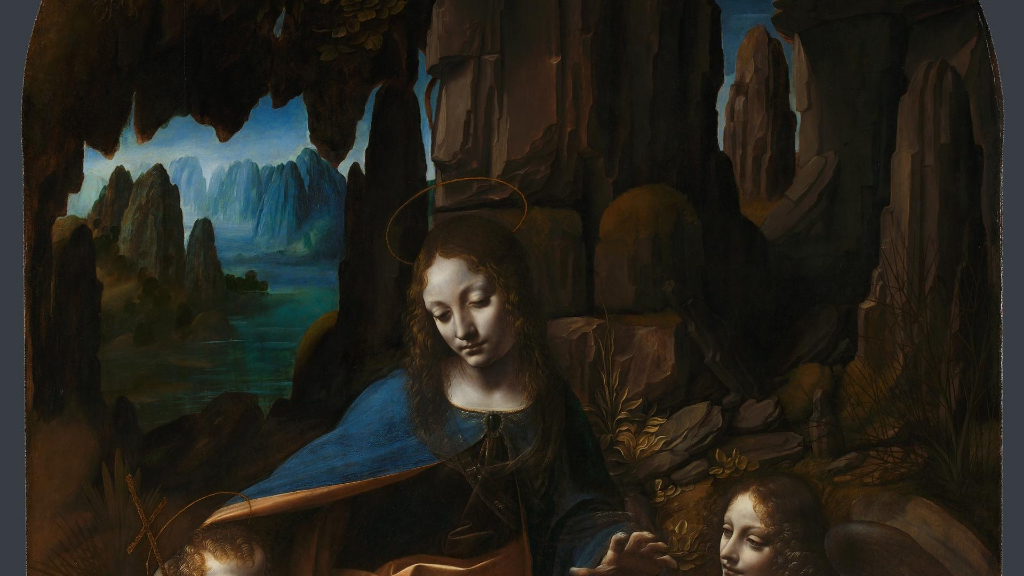 Detail from Leonardo Da Vinci, The Virgin of the Rocks, National Gallery, London

2019 has been a year of tributes around the world for the Renaissance genius that was Leonardo da Vinci, on the quincentenary of his death. The National Gallery has opted to put on an exhibition which seeks to deconstruct the processes surrounding the creation of Leonardo’s masterpiece The Virgin of the Rocks. A two-painting altarpiece commission for the chapel of the Confraternity of the Immaculate Conception in San Francesco Grande, Milan, one resides in the National’s permanent collection, the other on the walls of the Louvre. The actual church was destroyed by Napoleon, but here the National has made use of digital technology and projections to recreate the chapel and altarpiece. There are four exhibition rooms in total, allowing the visitor to explore the painting in various ways. The “Studio” room shows how infrared imaging has revealed that Leonardo drew up a different work in brown and blue pigment before embarking upon the final piece. The “Light and Shadow Experiment” room offers visitors the opportunity to change the tonal contrasts of paintings with interactive technology.

Leonardo: Experience a Masterpiece is at the National Gallery until 26th January 2020. For more information visit the gallery’s website here.

Troy: Myth and Reality at the British Museum 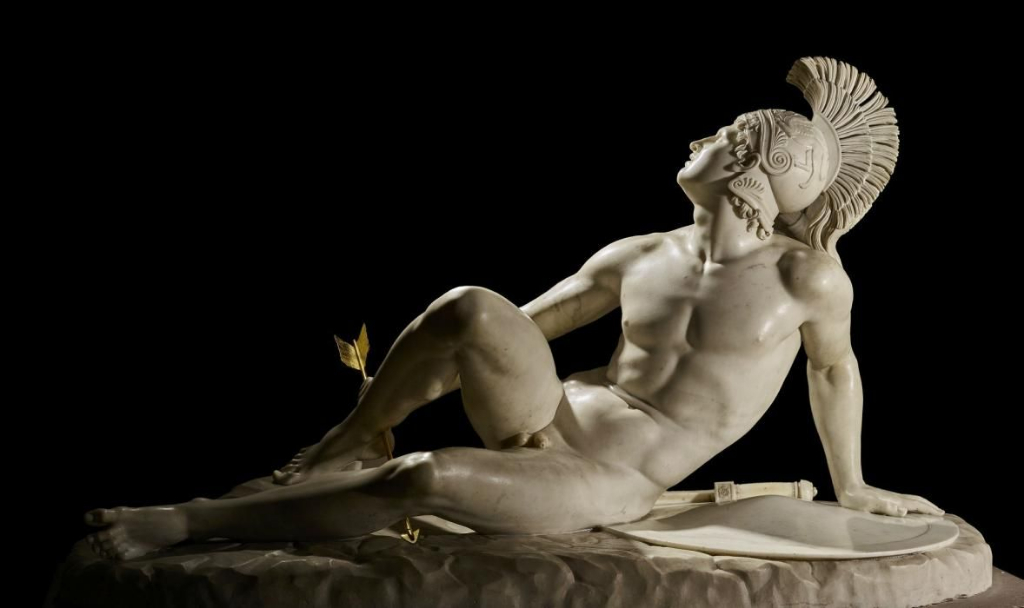 The story of the ancient city of Troy has cast its spell on human consciousness for many centuries. For those familiar with Homer’s Iliad or the 2004 Hollywood blockbuster, pitting Brad Pitt’s leonine Achilles against Eric Bana’s Hector in mortal combat, the British Museum’s current exhibition Troy: Myth and Reality promises to be a festive treat. Boasting close to 300 objects, this notably large show has something for everyone. A savagely drawn painting of a bloody spear by Cy Twombly, The Vengeance of Achilles (1962), thrusts itself into one’s vision at the start. Afterwards the focus turns to classical artefacts that depict an array of Homeric heroes and gods. In a Roman fresco, Helen and the Trojan prince Paris catch each other’s eye. Another area of the show is dedicated to the excavatory discoveries of Heinrich Schliemann, who discovered the original site of Troy, now part of modern-day Turkey, in the nineteenth century. The second half of this exciting exhibition turns its eye to the artistic contemplation of the epic Trojan story from Shakespeare to the present day.

Troy: Myth and Reality is at the British Museum until 8th March 2020. For more information visit the museum’s website here.

Cars: Accelerating The Modern World at the V&A 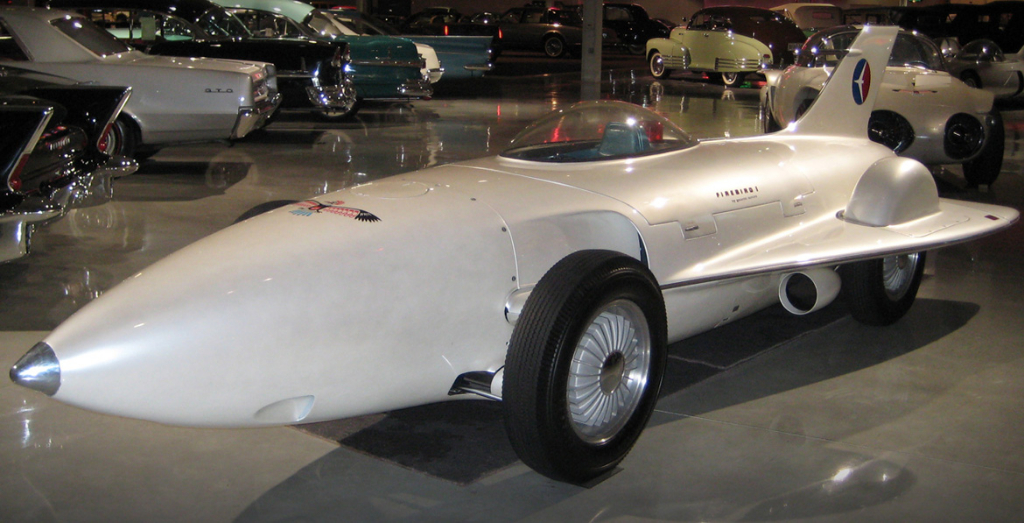 GM 1953 Firebird I, courtesy of the GM Heritage Center

Few inventions over the last 130 years have had quite the impact of the automobile. Now the V&A are dedicating an entire exhibition to the history and future of the shining symbol of modernity. In this year of Extinction Rebellion, attention is also accorded to the environmental consequences of the car in all its global ubiquity. There are endless four-wheeled objects of desire to admire here, from the Czech Tatra T77 of 1934 to General Motors’s 1953 Firebird I (XP-21). The latter, solely a concept creation, immediately evokes the jet-engine technology of its time. Besides the vehicles themselves, the exhibition also features documentaries, films of cars in full flow, seductive advertisements, automobile fashion and futuristic comics. Whatever your attitude is towards this maker of the modern age, there is much to enjoy here for both young and more vintage visitors.

Cars: Accelerating the Modern World is at the Victoria & Albert Museum until 19th April 2020. For more information visit the V&A’s website here.