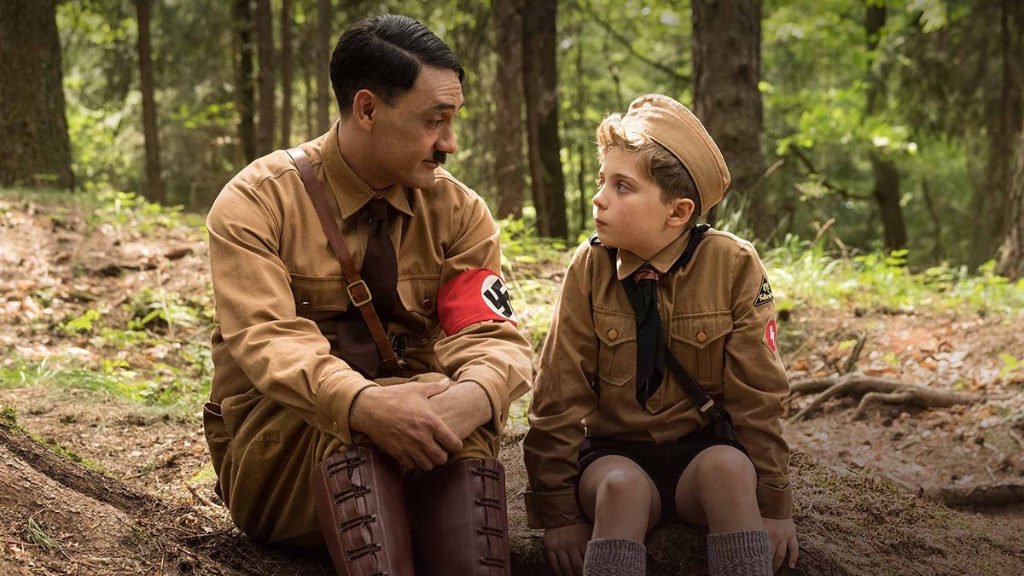 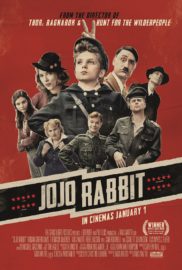 Ordinarily, it’s safe to say that Hitler is no laughing matter. Indeed, it’s hard to imagine that a film stamped with swastikas and Nazi salutes could be anything more than bleak. And yet, Jojo Rabbit is a blisteringly funny feature that laughs in the face of the Führer. The inimitable Taika Waititi provides yet another absurd and enchanting story, diving right into the high ranks of fascism in order to kick the Third Reich directly in the balls.

Though he’s only 11 years old, Jojo (Roman Griffin Davis) is committed to the Hitler Youth. In fact, he is so dedicated to the Aryan cause that the country’s moustachioed leader appears to him as an imaginary friend (Waititi). But when he finds out that his mother (Scarlett Johansson) is harbouring a Jewish girl, Elsa (Thomasin McKenzie), Jojo comes to question whether his idol might be quite the man he’s cracked up to be.

Telling the story through the eyes of a young protagonist lends the film a naive, Hunt for the Wilderpeople-esque charm. Davis is marvellously self-righteous in the lead role, sparring nicely with McKenzie, who chips slowly away at his misguided beliefs. The youthful perspective allows the director to ridicule the myths fed to the young and turn the idea of maturity on its head – Stephen Merchant puts in a brilliant performance as a Gestapo officer who flicks instantaneously from stern reprimand to exuberant giggling. As the film’s central pillar of morality, Johansson is radiant, exuding warmth whilst finding that essential comic spark. Sam Rockwell is perfectly cast as Captain Klezendorf, whose character has both the quirk of Moonrise Kingdom and the raging moral ambiguity of Three Billboards. Rebel Wilson cranks up the outrage as Fräulein Rahm, a personified parody of war itself, whilst Waititi injects his trademark comic timing in a deliciously camp performance, employing the same casual ruthlessness that sizzles so spectacularly in What We Do in the Shadows.

With such an impressive back catalogue, including his recent foray into the Marvel universe with Thor: Ragnarok, Waititi has set himself a very high bar. But his stylistic flair is as engaging as ever, with flamboyant costumes and an irreverent touch. The filmmaker’s playful tackling of such harrowing subject matter might not be to all tastes, but to be offended by Jojo Rabbit means missing the strikingly pertinent message underneath the mockery: that prejudice is rooted in ignorance, and ignorance can be cured.