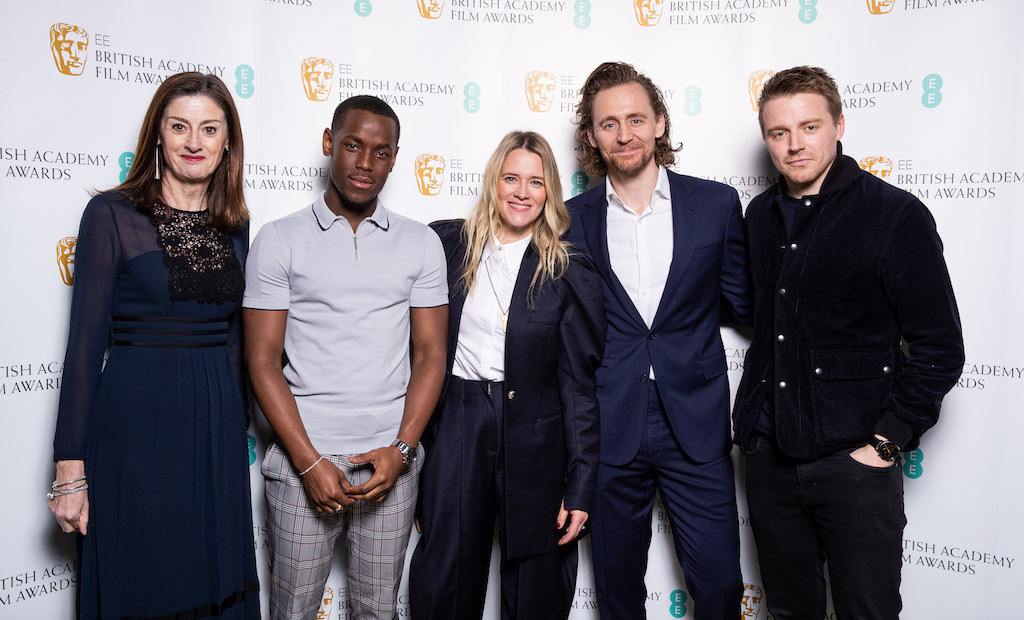 The five nominees for the prestigious EE Rising Star Award were announced today at the Savoy Hotel in London. Awkwafina, Kaitlyn Dever, Jack Lowden, Kelvin Harrison Jr. and Micheal Ward were the five young talents named in the running for the award, which will be presented at this year’s British Academy of Film Awards on 2nd February. Voting is now open to the public.

The nominees were selected by a jury of industry experts including actors Vanessa Kirby and Cynthia Erivo and film broadcaster Edith Bowman. 2020 marks the 15th EE Rising Star Award, which is the only award at the BAFTAs voted for by the British public. Previous winners have included James McAvoy, Kristen Stewart and John Boyega.

Announced at the Savoy by Bowman, actor Tom Hiddleston and BAFTA chief executive Amanda Berry, the nominees are performers who have excelled across the big screen in the past year, capturing the imagination of industry professionals and the public alike.

Jack Lowden has appeared in countless smash hits since he shot to fame in 2011 in the National Theatre of Scotland’s production of Black Watch. Counting Dunkirk, Mary Queen of Scots, Fighting with My Family and the BBC’s 2016 War and Peace miniseries among his credits, Lowden is firmly cementing his position as the UK’s favourite young actor. We caught up with Lowden on the red carpet to discuss his nomination and the state of the British film industry.

Micheal Ward recently starred in the third series of the critically-acclaimed Netflix drama Top Boy, shooting to British stardom with his portrayal of Jamie. He also hit the big screen this year with his lead role in Rapman and Andrew Onwubolu’s gang crime flick Blue Story. Ward’s talent is only just gaining widespread public recognition, but already he is making waves on the British film scene. We chatted with Ward about his nomination on the red carpet.

We also spoke with broadcaster Edith Bowman, one of the jury who chose the nominees.

Nora Lum, known as Awkwafina, rose to stardom this year with her starring role in The Farewell, for which she has already been nominated for a Golden Globe award for Best Actress. She also appeared in the blockbuster hits Ocean’s 8 and Crazy Rich Asians, and will appear in a supporting role in Disney’s upcoming live-action remake of The Little Mermaid, which should be released in late 2021 or early 2022. She has been praised for both her comedy chops and her dramatic abilities, both of which came to the fore in The Farewell. Awkwafina called it “truly an honour” to have been nominated for an EE Rising Star Award.

Kaitlyn Dever has received critical acclaim this year for starring in Olivia Wilde’s Booksmart, hailed as the teen movie for a new generation of savvy schoolkids. Like Awkwafina, she has been nominated for a Golden Globe for her performance in the Netflix drama Unbelievable. Displaying her range as an actor, Dever has appeared in TV and movies, dramas and comedies this year, and is evidently a young talent to watch. Commenting on her nomination, Dever said: “I am so excited to be acknowledged for an award that celebrates the achievements of young talent who are also contributing to film in an impactful way.”

Kelvin Harrison Jr. is already creating Oscar buzz for his upcoming release Waves. The New Orleans actor starred in the title role in Luce, receiving praise for his portrayal of a complex teenage adoptee. He also received acclaim for his role in the Carey Mulligan-starring drama Mudbound, and his performance in It Comes at Night, for which he earned a Gotham Independent Film Award nomination for Breakthrough Actor. Harrison said: “For the last few years I’ve followed this award and the nominees have always been made up of artists whose work challenges me and inspires me. I feel honoured to be counted among them.”

Voting for the EE Rising Star Award is open now and can be accessed here. The winner will be announced at the BAFTA awards on 2nd February 2020 at the Albert Hall.