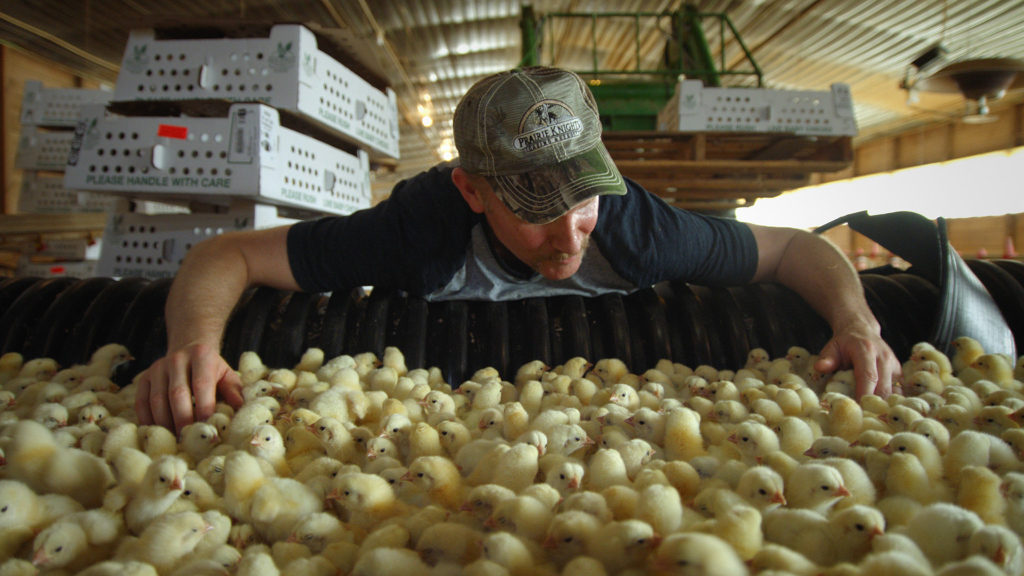 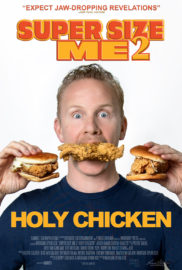 Quite a bit has changed since 2004, when director Morgan Spurlock released Super Size Me, which made a super-sized profit and bagged an Oscar nomination. Now, some 15 years later, can he repeat the trick with Super Size Me 2: Holy Chicken!, and, indeed, will anyone care? The answer is… kind of, but not really. It should be noted that Super Size Me 2 was shot throughout 2016 and debuted at the 2017 Toronto International Film Festival, only to be dropped by its original distributor when claims of sexual misconduct were levelled at Spurlock.

An audience’s enjoyment of Super Size Me 2 will depend on how much time can be spent in Spurlock’s company, because like its predecessor, this new(ish) offering plants Spurlock front and centre. Is his jovial, healthily ironic dispensation of home-spun wisdom with the occasional F-bomb accessible or grating? It’s a subjective matter, but it’s quite possible to spring for the latter option by the time this overlong, fairly inconsequential documentary creaks to its indifferent conclusion.

Spurlock has chosen the gimmicky framework of starting his very own fast food chicken sandwich (just call it a burger) restaurant, going through the various rigmaroles of designing his product (or having a culinary consultancy do it for him), sourcing his chickens while sidestepping “Big Chicken’s” attempts to shut him out, and finally opening his endeavour. If it sounds like a fair chunk of the film is watching a somewhat smarmy guy making plans to open a fast food joint, that’s because it is. It would be nice if Gordon Ramsay were to show up and start swearing at people.

Along the way, there are some interesting tidbits about the world’s most popular meat, such as the six-week window from being hatched to being slaughtered, and the fact that the occasional loss of a chicken due to a heart attack is a positive sign, since it shows that the birds are growing astoundingly fast, as they have been selectively bred to do.

Super Size Me 2 is not as amusing or revelatory as it tries to be, and the final sequence, wherein Spurlock’s restaurant is finally unveiled, simply drags. The stakes feel low, the whole affair is mildly interesting at best (and even then, only sporadically), and viewers will probably just shrug and head to KFC as soon as they’ve left the cinema.

Super Size Me 2: Holy Chicken! is released digitally on demand on 10th January 2020.

Watch the trailer for Super Size Me 2: Holy Chicken! here: