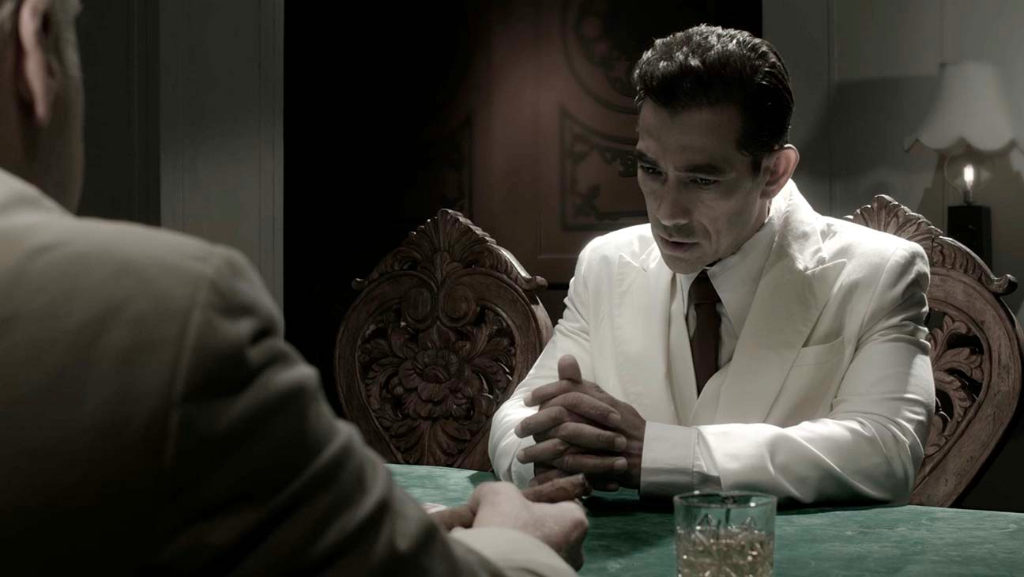 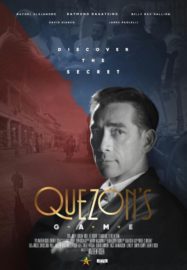 The Filipino Schindler’s List, Quezon’s Game – Matthew Rosen’s feature debut – follows the lesser-known historical account of Manuel Quezon (Raymond Bagatsing), the former president of the Philippines, who managed to save the lives of 1,300 German Jews during WWII by offering them refuge in his country.

This is by no means a small achievement by Quezon, and the goal of this project is to weave an inspirational biopic of one man’s dedication in the face of adversity in order to give the former politician’s name more prominence in the annals of history; however, the result is sadly a dull, uneventful affair spattered with tasteless melodrama and unremarkable performances.

The biggest issue with this film is that it breaks the golden rule of “show, don’t tell” in almost every scene. This is supposed to be a tale of Quezon’s fight to grant visas for refugees with numerous political and health obstacles in his path. Instead, the vast majority of the plot is constructed around prolonged scenes of characters discussing the same talking points over and over again, in what culminates in more pointless (but not as quotable) rooftop chats than The Room. To the movie’s credit, things do start moving within the last half hour or so, but when over 90 minutes of the runtime is essentially setup and exposition, the impact of the finale is severely dampened.

In addition to the excessive exposition, the poor performances from the entire cast likewise fail to capture the imagination. David Bianco as commander Dwight Eisenhower stands out as the most stunted and uninspiring performance here. And while Bagatsting is not a terrible match for the historical figure, many of his line deliveries feel off and slurred. He also holds the title for the funniest overacted sequence, in which he collapses from coughing, destroying his office in the process.

Quezon’s Game is a dry and bland experience that focuses more on what melodrama it can create from the historical account than on depicting the heroic actions themselves. It’s sloppy, poorly acted and overly long, with not a lot to say. Despite these glaring flaws, the picture does manage to stick the landing – though its impact is inevitably soured. To its credit, it’s probably the most exciting that political paperwork can be in a cinema setting.

Quezon’s Game is released in select cinemas on 31st January 2020.

A Beautiful Day in the Neighbourhood | Movie review
Hot May Pot Pot in Knightsbridge: A hot pot experience like no other – sociable, civilised and incredibly scrumptious | Restaurant review