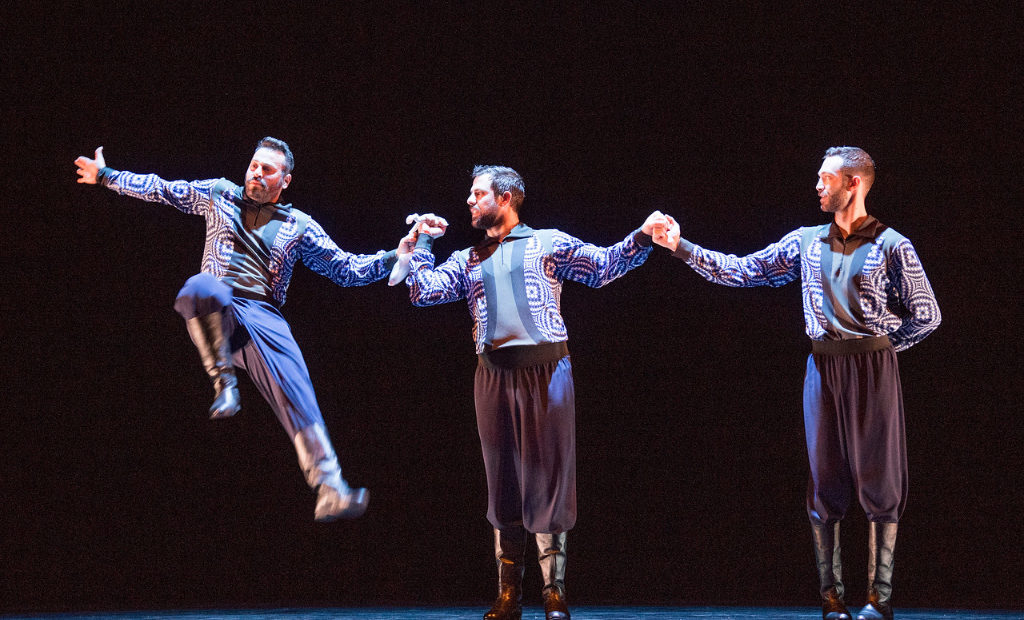 This contemporary interpretation of the different forms of traditional Greek dance is a visually enchanting choreography of the dance of life. Beginning with the mandala, this dance is a representation of the atom as a flower that branches outwards, replicating itself and forming a chain of individually distinguishable life forms that is presented as a perfectly synchronised web.

Russell Maliphant – one of the most celebrated choreographers of our time – collaborates with Oscar-winning Composer Vangelis and Lighting Designer Michael Hulls in a thrilling and captivating production that seeks inspiration from across the world, from Indian movements and sound to indigenous spiral dances representing the cycle of evolution.

This performance explores the relationship between light and the subtly nuanced continuity of the movement of life. If the movement, which responds to – while simultaneously affecting – the rhythmic thumping of the heart, should cease, then life itself would cease, returning to the darkness of the night from whence it came.

Fashion designer Mary Katrantzou’s costumes beautifully mimic the thread that weaves its sequences into the fabric of existence. This dance communicates a cross-cultural dialogue between the body and the natural environment, referencing the Sufi twirling dervishes; the traditional dance of Pamir, which imitates the birds with slow and exaggerated waving of the arms accompanied by quick, light steps; and the indigenous helicoidal dances. The ritualised dances of Toré of indigenous communities in Brazil and Cordon of the Caribbean Taíno, where dancers hold hands, forming a circular string, are especially pronounced in this production. These routines demonstrate the unity of birth and death, as well as the movement of the energy of the chakras, which are presented in The Thread as a play with light and a continuous beating of the drums, on bodies or in tap dance.

Hulls’ lighting design demonstrates the fluidity between day and night while blurring the distinction between illusion and reality. When light reflects on two perpendicular lanes, for example, the effect of a mirror provokes questions as to the existence of originality; and, when only a dim light reflects on the bare arms of the dancers, it gives the impression that the dancers are flying gently above the stage.

The Thread is available to view on Sadler’s Wells YouTube channel from 17th April until 24th April 2019. For further information or to book visit the theatre’s website here. 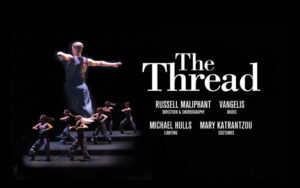