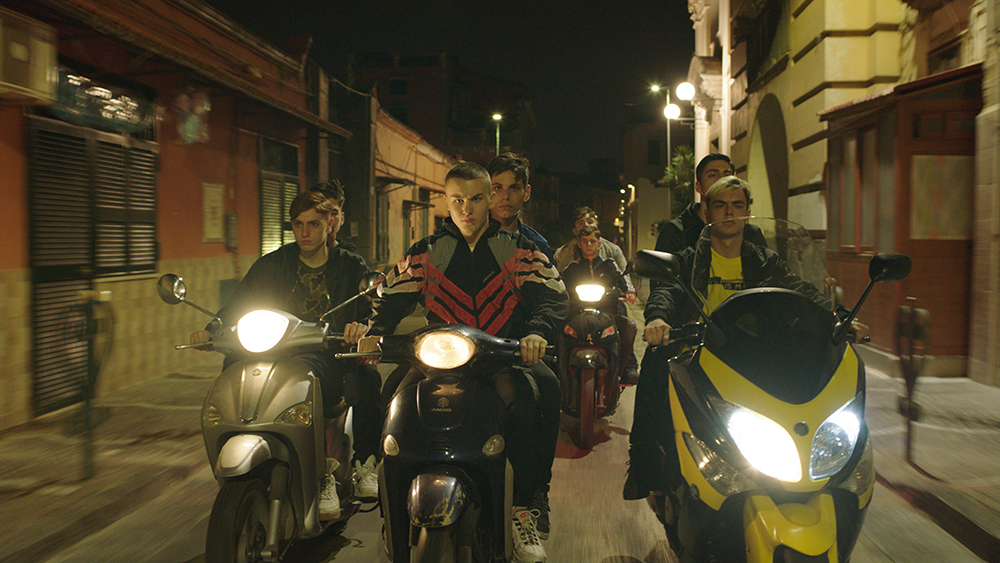 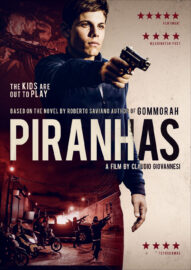 Nicola and his friends want to be gangsters. They know the names of famous local hoods; they know who is in prison and who is dead. They witness their parents paying protection money and fights over local turf. Already they exist in the world of crime. They just need to take one small step to become involved. Directed by Claudio Giovannesi and with a screenplay by Roberto Saviano (of Gommorah fame), Piranhas shows how easy it is to take that step. In Naples, where the film is set, there is no criminal underworld – it all takes place in broad daylight. Fifteen-year-old Nicola and his friends very casually, and with almost no bloodshed, take over their local territory.

They begin as small-time drug dealers for the local boss. When he and his lieutenants are arrested in a police raid, Nicola and his pals fill the vacuum. They forge an alliance with an aging Don under house arrest and two brothers whose uncle once ruled the roost. Meanwhile, Nicola begins a loving relationship with the beautiful Lucrezia and spends his money on his mum and younger brother. He intends a more just rule, with shopkeepers like his mother no longer paying protection money.

Inevitably, things fall apart. The bloodshed and eye-for-an-eye philosophy lead to tragedy. The film maintains a calm, almost documentary remove. Violence is often bland, or accidental – presumably as in real life. There are some nice, almost satirical touches: the hoodlums happily picking out garish furniture (“Bellissimo!”) and watching video tutorials on how to use an AK-47. The gangs swim through the backstreets of Naples on their scooters like a shoal of piranhas.

There is something affectingly preposterous about Piranhas. It is incredible that these boys are elevated so swiftly, deferred to in the street by grown men. But also utterly believable. As a study of power – how easy it is to gain and subsequently lose – it is intriguing. There is a slight flatness which makes the characters impenetrable, and one or two formulaic plot points which render the story somewhat predetermined. On the whole, it is an engaging insight into a fearsome animal kingdom.

Piranhas is released digitally on demand on 13th July 2020.

Watch the trailer for Piranhas here: