Next Thing You Know at Garden Theatre, The Eagle 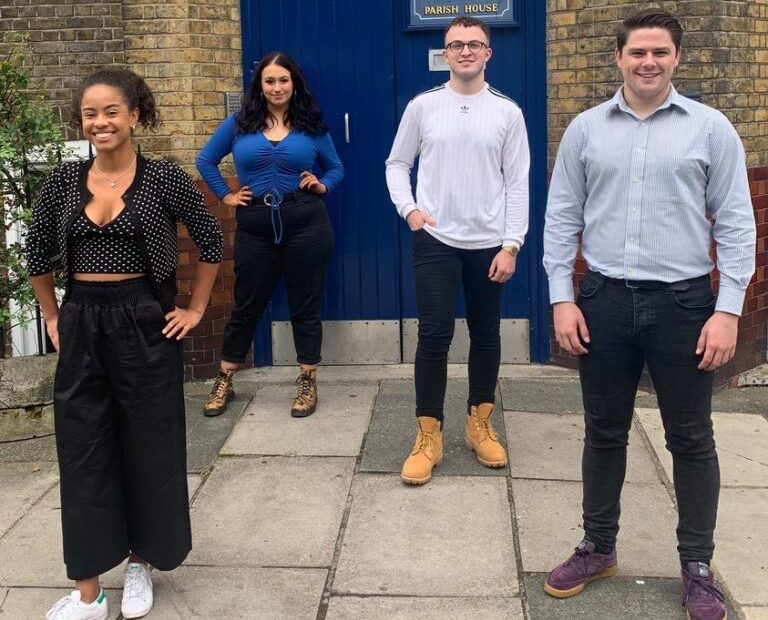 Next Thing You Know at Garden Theatre, The Eagle | Theatre review

The arts and culture sector has been one of the hardest hit during this pandemic. Oval’s Garden Theatre, part of The Eagle Bar, has managed to work around this, putting on shows under an outdoor open marquee.

Directed by Robert McWhir, Next Thing You Know is the fourth performance to be staged during Covid-19. It’s a coming-of-age tale focussed on four New Yorkers in their late 20s, all attempting to figure out their own path in life.

Set in a typical Lower Manhattan dive bar, the production design is cosy and evokes a night in the city that never sleeps – lit up with lovely hues of purples, blues and pinks. Waverley (Bessy Eva) works at a tavern on Sullivan Street while she struggles to plan her career. In a relationship with Darren (Nathan Shaw), the two find it challenging to remain on the same page when it comes to their aspirations. Both Lisa (Amelia Atherton) and Luke (Callum Henderson) are presented well, though the story of the former could have been better developed. Her character waits to be “whisked away” by a wonderful woman and spends her days performing songs at the bar, all the while anticipating to start the next chapter of her life in California. As audiences see a love triangle begin to form between Waverley, Darren and Luke, it soon transpires that this is one of those clichéd metropolitan stories. However, it still has some entertaining scenes.

The production team cleverly incorporates elements of the pandemic’s new normal; the cast wears masks upon first entrance, makes use of hand santisers and Waverley takes the temperature of customers coming into the bar. There’s even a reference to those who don’t cover up: “can you believe that jerk on the subway wasn’t wearing a mask?’”

Live music is provided by Joshua Salzman through original lyrics and compositions – though unfortunately, it’s not entirely memorable, like much of the drama. With a total of 19  songs in 90 minutes, this amount of tunes is a lot to take on even for the biggest musical aficionados, and the production would improve with some more meat on the bones of its plotline and character development. Though if it’s light entertainment you’re craving, this might be just the kind of show you’re looking for.

The cast, composed of recent drama school graduates, are all very talented. However, the play’s lack of content ultimately lets their sparkling enthusiasm down.

Next Thing You Know is at Garden Theatre, The Eagle from 20th October until 31st October 2020. For further information or to book visit the theatre’s website here.

Next Thing You Know

How to Survive the Cherpocalypse at The Space Online | Theatre review
Ronnie’s: A wonderful journey through the history of Ronnie Scott’s Jazz Club | Movie review