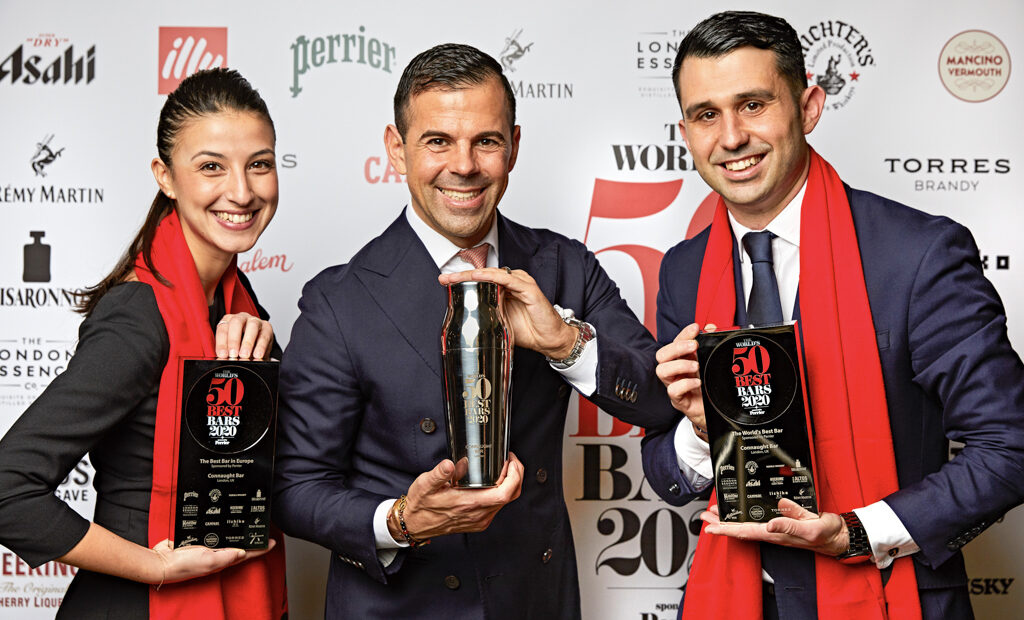 Connaught Bar in London has just clinched to top spot in the World’s 50 Best Bars 2020, as well as being voted the number one bar in Europe. The 12th edition of the annual list – sponsored by Perrier and featuring venues in 23 countries; with 11 new entries spread across Australia, Colombia and Greater China – was announced in an online awards ceremony on 5th November. During extensive consultations with industry figures, its Academy Chairs, bar owners, bartenders and partners, the 50 Best organisation received widespread support for releasing a ranking that aims to bind the community even closer together and provide positive news for bars as they enter the next stage of recovery from the global pandemic.

Under the masterful leadership of Agostino Perrone, the venue’s director of mixology, Connaught Bar stays true to its principles of presenting artful drinks with graceful service in an elegant setting. Designed by the late David Collins, the cubist-inspired bar celebrated its tenth year in 2018 and is known for its unique Martini trolley, where bartenders give a personalised drinks experience to guests. 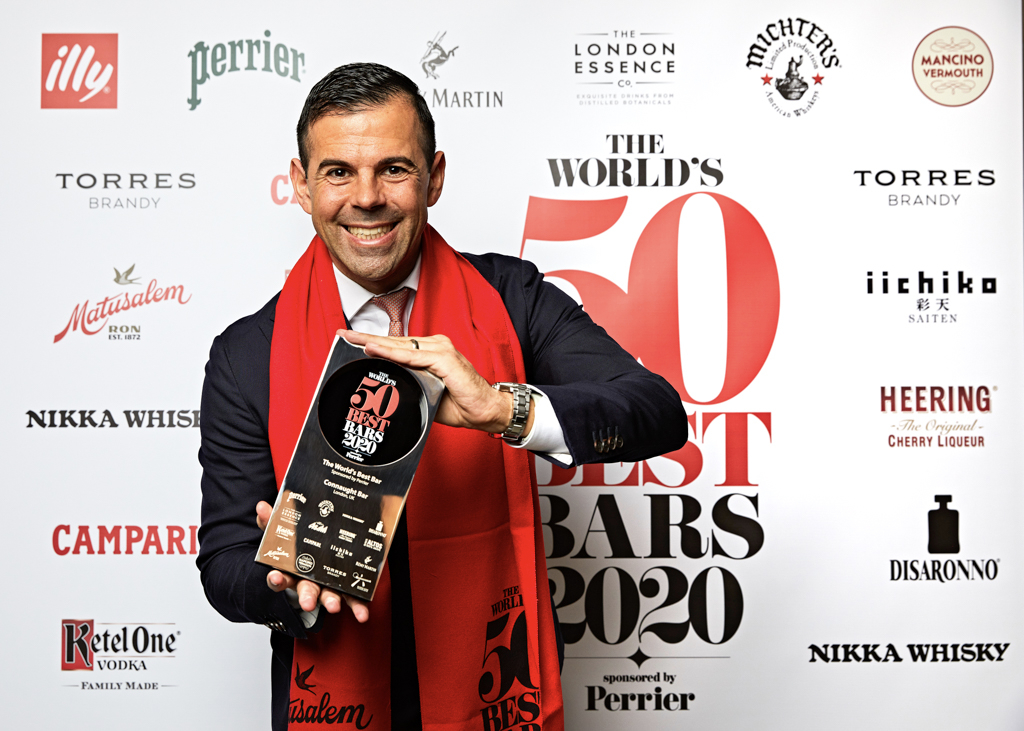 The UK leads Europe with nine bars on the list. London’s Tayēr + Elementary wins Disaronno Highest New Entry Award at no.5 and Kwānt clinches London Essence Best New Opening at no.6.  Florería Atlántico in Buenos Aires places no.7 and is named The Best Bar in South America, while China leads the way in Asia with five bars on the list, including Hong Kong’s Coa at no.8 (Nikka Highest Climber Award). Australia places three bars from Sydney, with Maybe Sammy taking The Best Bar in Australasia at no.11.

Other special awards announced in the run-up to the event on 5th November include Maybe Sammy, Sydney, winner of Michter’s Art of Hospitality Award; Galaxy Bar, Dubai, winner of Campari One To Watch Award; and Renato “Tato” Giovannoni of Florería Atlántico, Buenos Aires, winner of Altos Bartenders’ Bartender Award. The 51-100 list 2020, presented in association with Mancino Vermouth, was released the week before the virtual ceremony.

Mark Sansom, Content Editor for The World’s 50 Best Bars, says: “We want to extend our heartfelt congratulations to all the venues on the 2020 list of The World’s 50 Best Bars. We are continually heartened by the industry’s resilience and positivity as countries continue to operate in varying degrees of recovery. Hats off to Connaught Bar, undoubtedly one of the finest cocktail bars of our time. The institution has earned a place on the list every year since 2010 and it has gradually grown in stature to become the world-beating bar it is today. Ago Perrone and his team are dedicated to excellence and look at every element of the guest experience to choreograph a faultless service. The Martinis aren’t bad, either.”

“We at 50 Best hope that the announcement of The World’s 50 Best Bars 2020 will act as a show of strength for the global bar community. It displays to the world that even in the face of the ever-shifting challenges and restrictions being thrown at them, bars are still doing everything that they can to continue to provide great hospitality experiences. As we move into the next stages of international recovery, it is vital to get the message out that bars are open for business and ready to receive guests safely and securely.”