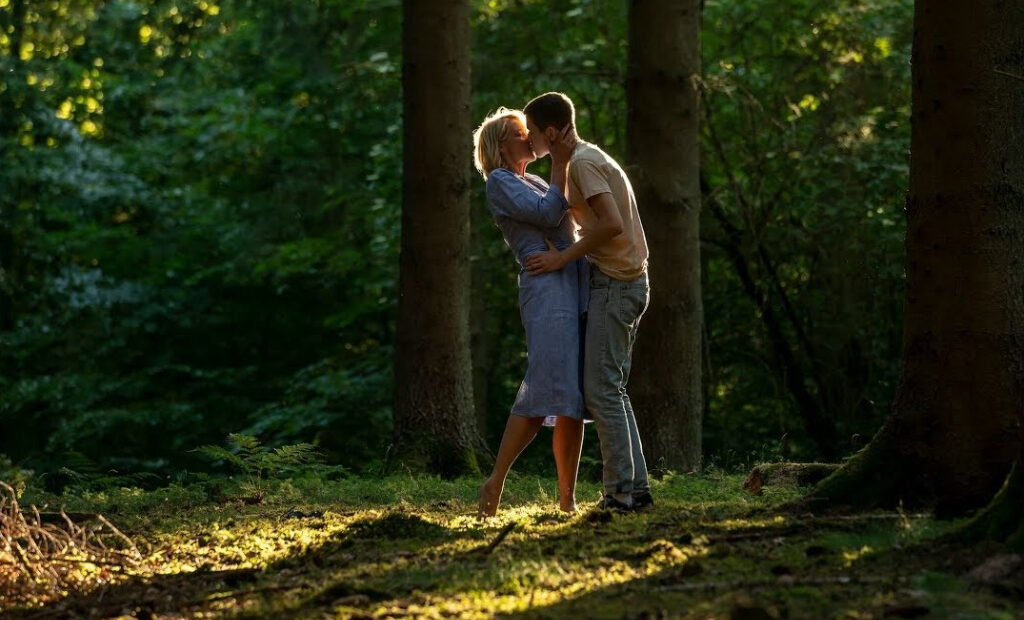 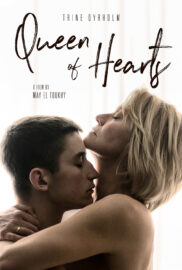 Queen of Hearts brings us one of the freshest and unquestionably darkest variations on the recognisable “bored, unfulfilled wife’” scenario. First introduced in David Lean’s Brief Encounter, before being given a comedic spin in Lewis Gilbert’s Shirley Valentine and continuing into the modern era with Dominic Savage’s The Escape, the dramatic template of an ageing wife liberated by an extramarital affair can easily fall prey to cliché and monotony. However, director May el-Toukhy bravely takes this overplayed setup through new and unexplored avenues, thanks to an innovative and unflinching focus on cynicism, betrayal and lack of redemption.

Indeed, the term “queen of hearts” suggests maternity and love, but like in Lewis Carroll’s famous story, the character’s interests are domination and greed. It’s this duality that defines successful lawyer Anne (Trine Dyrholm), who jeopardises her stable career and family life after an affair with her rebellious teenage stepson, Gustav (Gustav Lindh). Things naturally spiral out of control and a game of control and manipulation arises as Anne staunchly refuses to face the ramifications of her actions.

While every performance sells with utter conviction, it is Dyrholm who gives a career-best performance. The actress triumphs on the tightrope of the flawed character who refuses to not have her way, yet thanks to her nuance and sincere spells of gentleness, never succumbs to being unwatchable or flatly unsympathetic. And although Gustav’s presence as a rebel is never felt quite enough, the script’s multiple dimensions greatly impress, chiefly later on in the story as our sympathies are swapped from Anne to Gustav in a clever inversion. The film also delights in its smaller moments – like those showcasing Anne’s righteous legal battles, her vision of guilt in the form of her previous lover and, best of all, her frivolous dance to Soft Cell’s Tainted Love.

Additionally, what frees the feature from simply being a domestic melodrama is el-Toukhy’s visual talents in terms of scope and imagery. With nature photography and a Kubrick-esque eye for symmetry, she avoids the “stage play” restrictions often felt in character-driven dramas and elevates the story into pure cinema, taking full advantage of the setting’s tranquil forests. The director makes plentiful use of a motif of trees, and compliments the narrative’s dual nature with an alternating colour palette, featuring warm summer yellows and cold, washed-out whites.

At times the narrative could be seen as extraneous, showing too much of Anne’s career and making the picture seem longer than its running time, but these details are ultimately not wasted as her arc culminates. And while her lack of punishment and a lingering ending may result in a dearth of catharsis for some audiences, the script should be given credit for not spelling everything out for us, and awarded a special commendation for portraying the discomforting moral duality that few films dare present, yet all individuals harbour. Queen of Hearts does play host to some predictable plot elements, but in service of el-Toukhy’s downbeat and impeccably realised vision, these elements have their place, and the feature remains a unique and near-perfect achievement.

Queen of Hearts is released digitally on Mubi on 7th November 2020.

Watch the trailer for Queen of Hearts here: