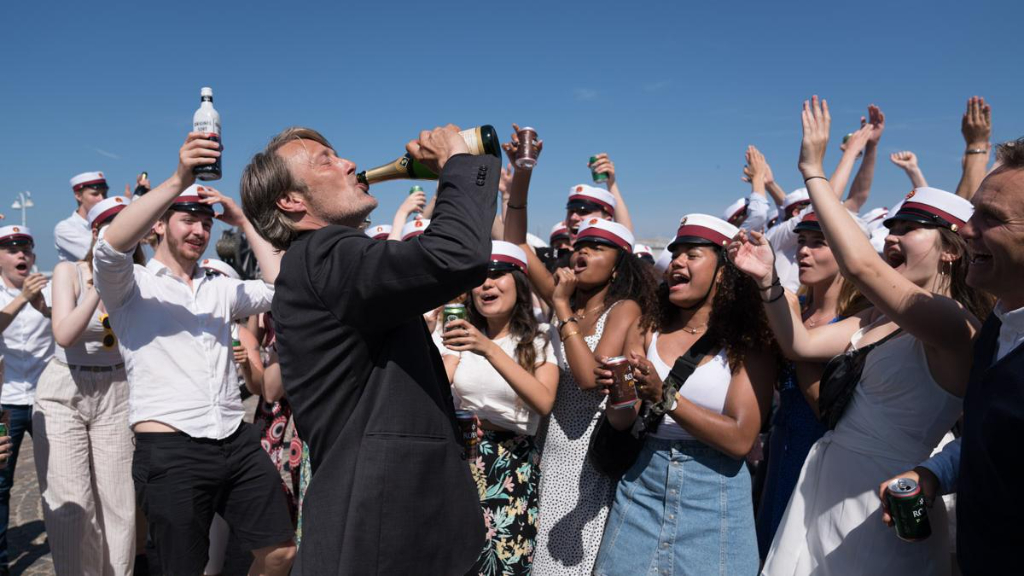 Another Round (Druk) | Movie review 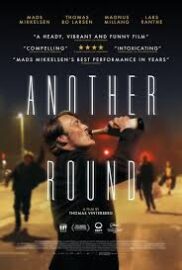 If you’re missing those days of beer-soaked abandon, of overflowing pints and last calls, this is the film for you. Or perhaps it isn’t. It’s hard to tell exactly what Thomas Vinterberg’s latest feature is trying to tell us about alcohol consumption, but if you stay for Another Round, it’s unlikely you’ll want to leave.

History teacher Martin (Mads Mikkelsen) hasn’t been himself in years. Somewhere along the way, he lost sight of the carefree, confident young man he used to be; even his own wife admits he has become “invisible”. After one euphoric booze-filled night, Martin and three of his friends and fellow educators decide to embark on a psychological study to see if raising one’s blood alcohol content will lead to a happier, more fulfilling life.

Four teachers swigging spirits in toilet stalls and store cupboards; what could possibly go wrong? I hear you ask. Well, if you can suspend your disbelief long enough to be intoxicated by this Danish drama, you might be surprised what you find at the bottom of the bottle. Mikkelsen’s transformation is utterly captivating as Martin discards his tired old shell and reignites both his own passion and that of his students. Many of us have felt the benefits of a little Dutch courage, be it on a date or at a party full of new people, but the actor immaculately experiments with an existence most can only dream of, bringing that same unbridled confidence to every aspect of the protagonist’s life by balancing his performance on the oh-so-slippery edge of inebriation.

Ok, so there’s a reason why most of us haven’t tested the theory, but the humour and heart that exists between these four middle-aged companions is enough to make up for a somewhat implausible premise. The sharp script from Vinterberg and frequent collaborator Thomas Lindholm raises some interesting questions, drawing parallels between successful men and their drinking problems: Hemingway, Churchhill, Roosevelt to name a few. But when explored in a school setting amongst impressionable adolescents, some of the ethical boundaries become blurry – as does the thin line that separates a closely monitored study and alcoholism. The feature doesn’t shy away from the dark depths of addiction, but its biggest shortfall is perhaps a failure to stay down there quite long enough.

Nonetheless, this feature is a slick operation. Scenes are beautifully shot; the camera becomes as tipsy as the subjects, losing focus along with the characters and then capturing the sharp and unforgiving clarity of sobriety. A diverse soundtrack takes us from pure choral harmonies to swelling piano to floor-filling pop, culminating in a final scene that could well be the jewel in Mikkelson’s crown.

Another Round (Druk) is released in select cinemas on 20th November 2020.

Watch the trailer for Another Round (Druk) here: