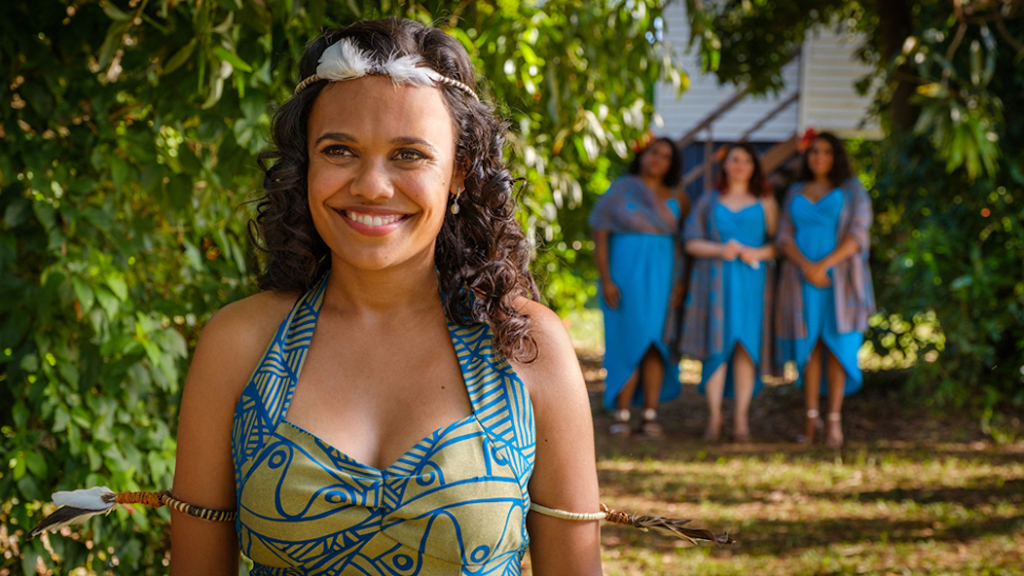 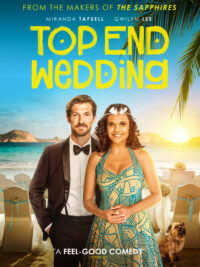 From Muriel’s Wedding to A Few Best Men, the marriage ceremony often finds a cinematic home in Australian comedy. Top End Wedding lives up to its title. Miranda Tapsell co-writes and stars as girl-boss Lauren, who’s on the way up while her boyfriend Ned (Gwilym Lee) is on the way down. In an effort to ignore his sudden unemployment and her subservience to boss Ms Hampton (Kerry Fox), he proposes a quick service.

Ms Hampton is suspicious that Ned wants to “lock Lauren down” before her promotion and grants her ten days off to get married. Cue a culture-clash nuptial comedy as Lauren drags Ned back to her hometown of Darwin for a traditional Aboriginal wedding. When they arrive, there’s a big problem: Lauren’s mum has had enough of her dad and has absconded with a French helicopter pilot. So, it’s now up to Lauren and Ned to find her and rescue their big day.

Wayne Blair, director of The Sapphires, does a decent enough job with this accessible and bubbly road trip. The feature is full of brightly lit Aussie vistas and goofy, affable performances from its entire cast. That it neglects to challenge or provoke any audience assumptions about Aboriginal people in Australia may not be as big a drawback as it seems. Like Crazy Rich Asians, this is a middle-of-the-road rom-com that feels unique through the virtue of its identity politics. Aboriginal people are depicted in suits and frocks, not in the rags that works like The Last Wave put them into. Sequences on Tiwi island capture the community at work and at home, just living.

To a people who are still vilified by Australian society, this state-sponsored film might seem like an act of tokenism from an establishment that doesn’t treat its citizens with as much respect as the characters within the movie do. However, Top End Wedding undeniably has a level of social interest beyond its generic rom-com framework.