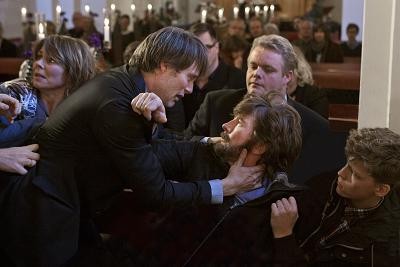 Thomas Vinterberg, once a prophet of Dogme 95 with the tremendous success of The Celebration that took Cannes by storm in 1998, comes back with an equal force presenting his much anticipated and highly gratifying drama The Hunt in this year’s competition. Co-written with fellow writer-director Tobias Lindholm (the second collaboration of the two after the success of Submarino), the film tells the story of Lucas, played by internationally acclaimed Danish film star Mads Mikkelsen. 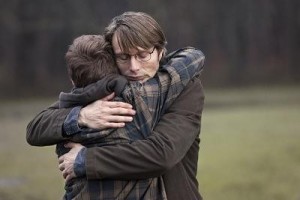 Following a tough divorce, the 40-year-old teacher seems about to settle for a better life with his new girlfriend, new job in a kindergarten, and a re-established bond with his son. However, things go awry when one innocent lie by Klara (Annika Wedderkopp), one of his pupils, sparks off a paedophilia inquiry, and the close-knit community of a small town suddenly finds itself in a state of shock and hysteria. Lucas is left on his own to fight for his dignity, yet the hatred is not easy to put out.

The drama shows how easy it is to bend the truth whichever way one likes and how little it takes to be completely ostracised by what you thought to be a circle of your best friends. Lucas does not defend himself – meek and conformist by nature, he is too shocked by wrongful accusations and too scared to make another badly interpreted step and his lack of response is ultimately taken for a proof of guilt. 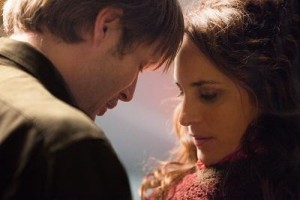 The script is superbly constructed as a classical three-act structure, steadily building the tension to a heartbreaking climax, when Lucas finally finds the guts to step up for himself in front of the whole community gathered in the church on the Christmas Night. Mads Mikkelsen’s performance couldn’t be more convincing – it is his grudging face, the face of an unjustly punished man that moves us at the tensest moments of the plot. The Hunt is as emotionally involving and gripping as a well-fulfilled story can get – there is not a single line of dialogue in this film that would not contribute to the build-up of the plot, or leave the viewer questioning what’s happening. We more or less already know what’s coming next, but seeing it play out in subtle and unexpected ways is what makes this film so pleasurable.

The Hunt is a pure celebration of the art of storytelling – it proves Tobias a master of scriptwriting, and Vinterberg a professional in displaying social drama in all its complexity. Since everything from cinematography and music to acting in this film is subdued to serve the purpose of involving the viewer in the story, it is an instant classic upon its release, so universal that it should definitely appeal to everyone.

Trailer for The Hunt: