The Billie Holiday Story at the New Wimbledon 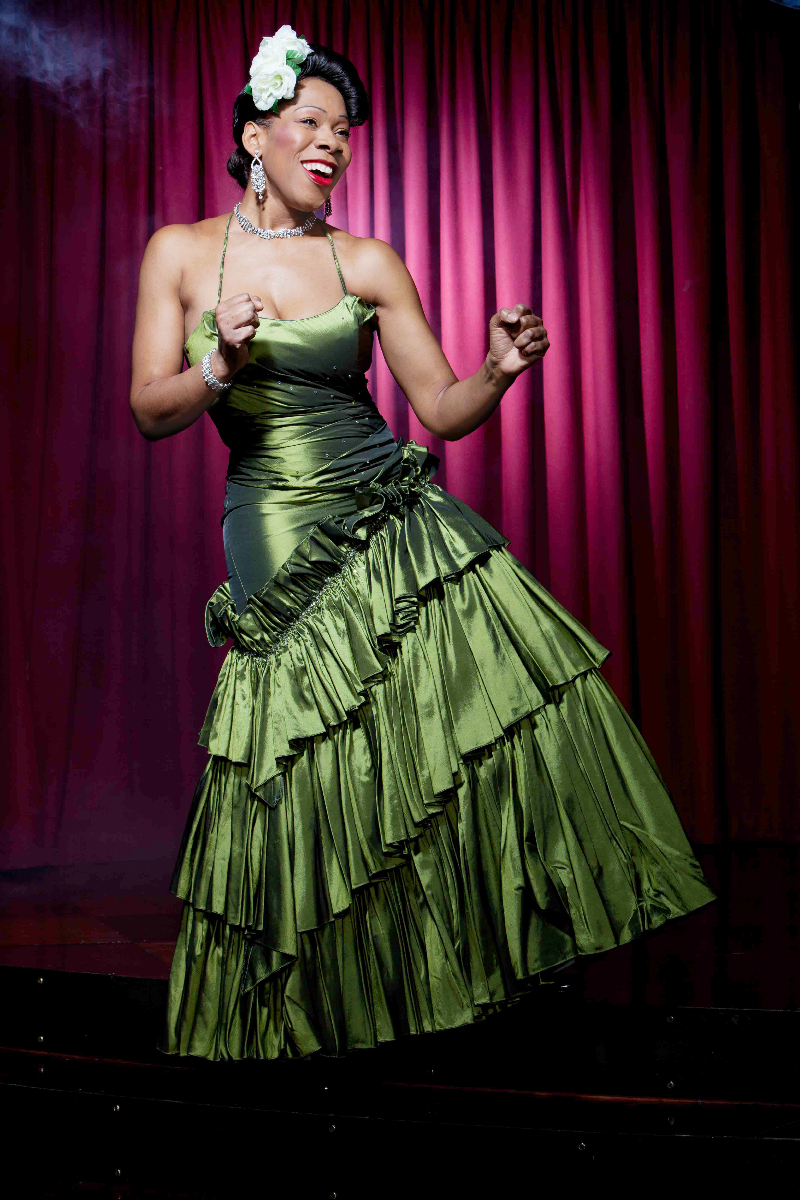 The Billie Holiday Story at the New Wimbledon | Theatre review is an actress of such self-control and verve she makes the real Lady Day look like a school girl. She doesn’t bother doing a straight imitation – rather fills Holiday with her own magnificent presence, only occasionally touching on a mannerism one faithfully recognises.  But who the hell would care? It’s not done straight – if anything one might compare it to a bravura drag performance in which Kristofferson and Holiday rage together, Kristofferson using all her power to express her love for Holiday, and Holiday herself, bizarrely present, waiting to be spared something.

She was not spared much: we touch on childhood rape, prostitution, heroin addiction, bad romances (mea culpa), imprisonment and so on. It’s a personal story, but Kristofferson’s Holiday is too driven and too passionate to reconcile her despair with her sublime achievement. Perhaps because she enjoys doing both so much: she can hit the highs and the lows but can’t make them blend. It may be the script’s fault but the whole thing has a faint hint of burlesque about it – not least Holiday’s southern belle get-up – and if the evening was structured more like a drama we would get more under the skin of Holiday’s dire situation, and appreciate the heat Kristofferson brings to her singing if it appeared more rarely. It might also cut out faint hints of melodrama – the belt round the arm, the clashing piano chords – not perhaps the most viscerally novel way of representing a person shooting up.

Overall the evening is great fun and Kristofferson is a privilege to watch in her own right. Billie Holiday we’ll watch somewhere else.

The Billie Holiday Story is now on tour around the UK, for further information or to book visit here.