The Silver Tassie at the Lyttelton 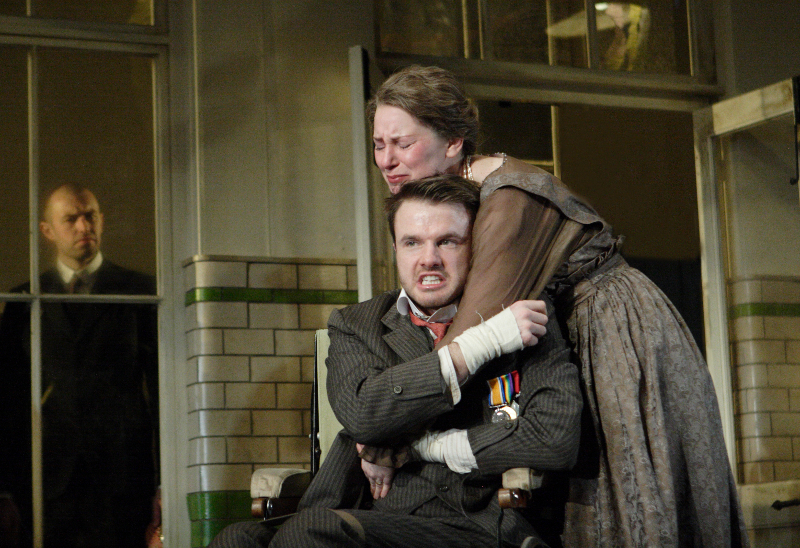 The Silver Tassie at the Lyttelton | Theatre review

Irish playwright Sean O’Casey wrote The Silver Tassie in 1928 as a searing piece of theatre about the broken generation of the First World War. The historical context meant that Irish soldiers were rare volunteers for the trenches, and the perception among those who saw the horrors was that those left behind had avoided conflict. Certainly the play explores the terrible rift between those who had suffered in war and others who seem to be in a different world where there may still be some enjoyment in life. The format of the play is quite surprising, with a lot more singing and pyrotechnics than expected. War comes suddenly and violently, with extreme bangs and flashes seemingly splitting the stage apart. It’s unsettling and effective, and leaves the rest of the play visible through a haze, which can only be assumed is still within safe levels for asthma sufferers in the audience, although it produced a lot of coughing. Other smells fill the air – naturally the endless fags smoked by the soldiers, and meat left to burn.

The Silver Tassie in question is a football cup won by Harry, one of life’s natural winners. Celebrated by his best girl Jessie, life is full of promise as he sets off to war. By the end of the play, when the cup is played for again, Harry is bitter and resentful at the loss of his mobility and his girl, who can’t be doing with him now that he is in a wheelchair. The play unremittingly exposes the indignity and violence of war, and its unresolvable aftermath for the individual who has been damaged for some cause they couldn’t quite grasp.

Despite the hard message and the chilling ending with empty men, it would be wrong to think the play is without humour – there is a true love of language and plenty of comic banter among the drama. We are used to seeing a cynical take on the absurdity of war in films, through to TV’s Blackadder Goes Forth, but when this play was written it was truly experimental and reflects the shattering and reforming of all art forms at the time.

The cast manage to maintain their Irish accents, and special mention must go to Ronan Raftery as Harry, who brings a biting anger that speaks of the waste of all lives ruptured by war.

The Silver Tassie is on at the Lyttelton Theatre until 3rd July 2014, for further information or to book visit here. 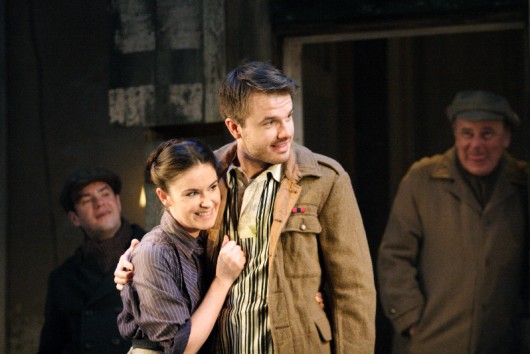 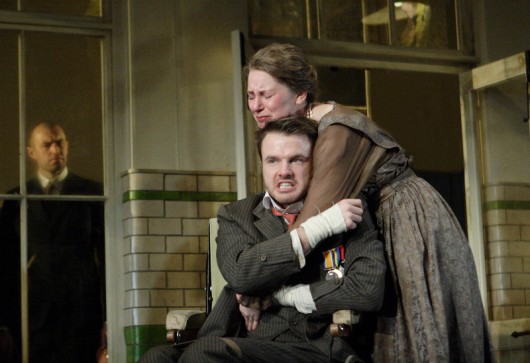 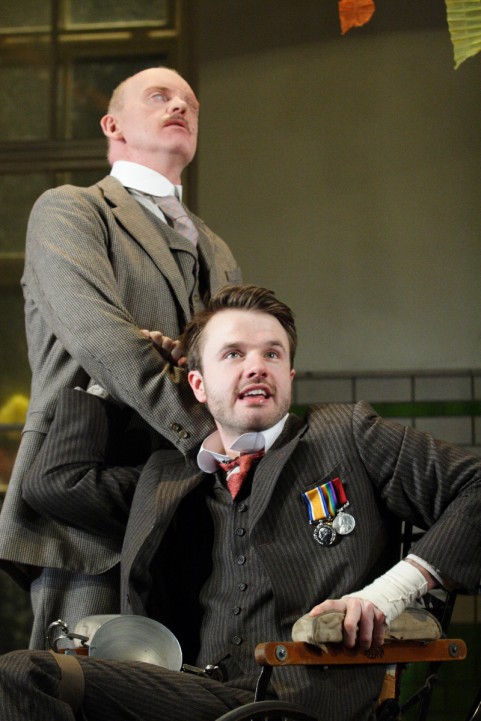 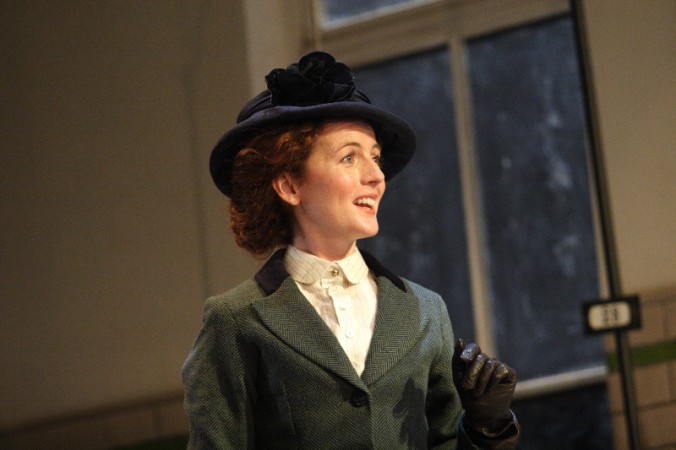 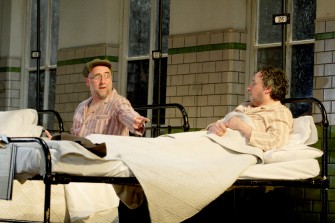 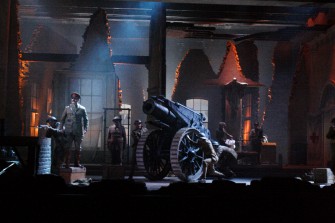 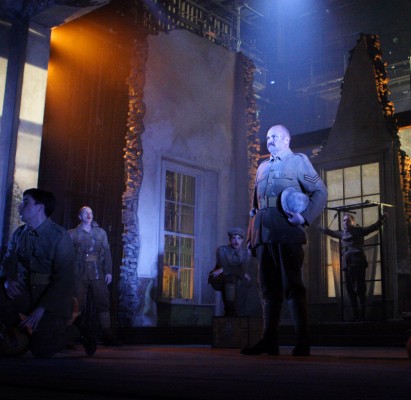 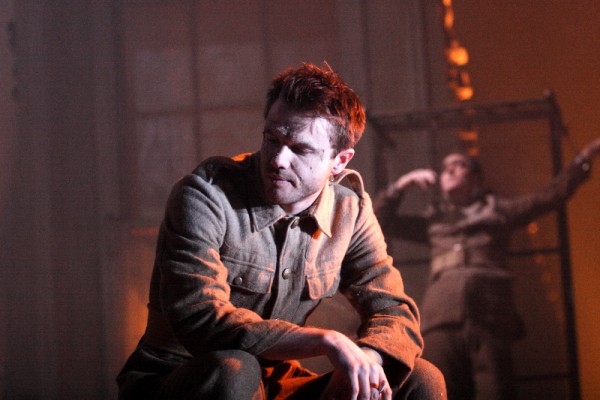 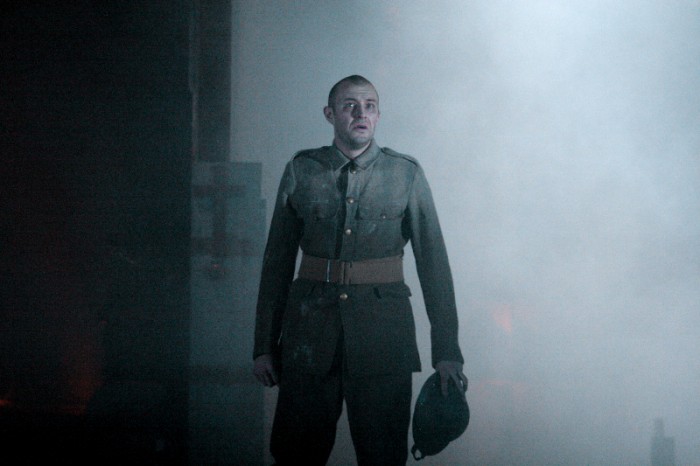 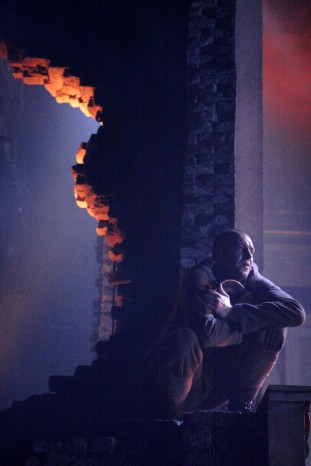 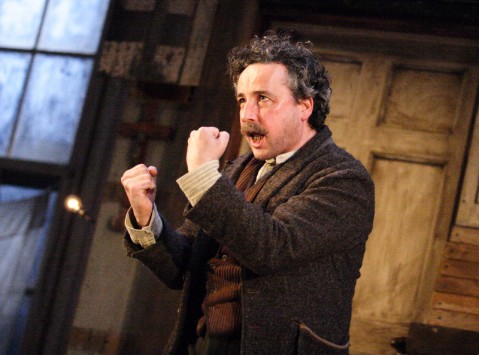 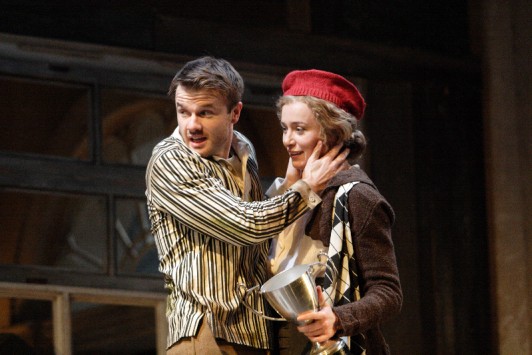