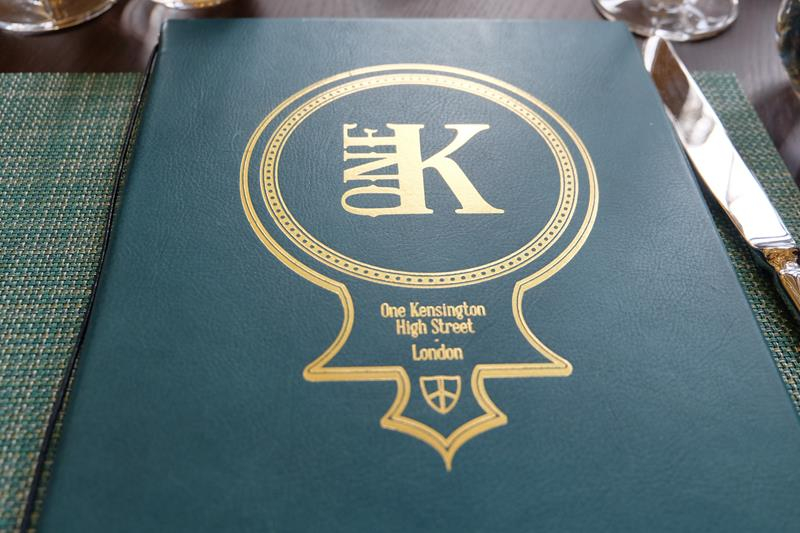 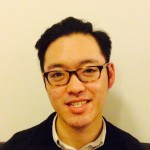 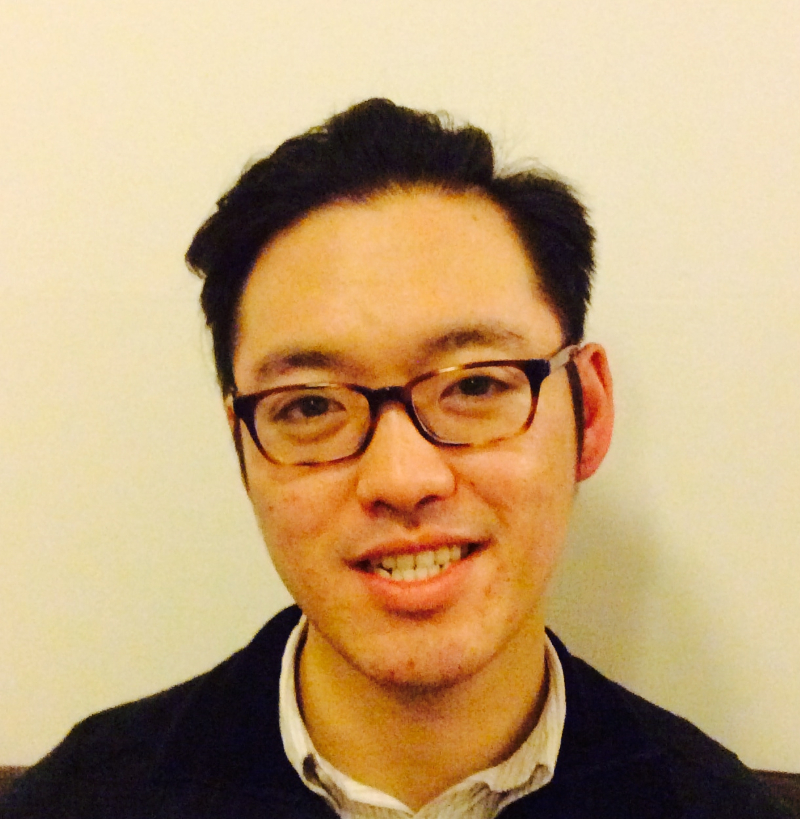 On the surface, One Kensington is a restaurant which is begging me to hate it. A tentative-looking waiter introduces himself with a very enthusiastic level of optimism. He mentions two of my dining gripes within the first five minutes – the word ‘concept’ and international cuisine. Add to this the fact that the former resident was an obnoxious Russian-themed club that celebrates vodka. And two doors down, there are the two over-commercialised chain restaurants and a Best Western, which does little to reassure me. So imagine my relief when presented with a surprisingly uncomplicated and short modern European menu. A bigger sigh of relief was breathed when a beautiful-looking Loin of Venison starter delivered some robust and wholesome flavours amongst spectacular structures of salsify, layers of perfectly rare venison covered with surprisingly subtle mustard seeds and succulent artichoke hearts. Similarly, the basic-sounding soft eggs were complemented by an enriching parmesan cream, with delicate amaranth to normalise the balance. Well-cooked eggs are surprisingly difficult to come by and can strike panic in even the most experienced chefs, but talented executive chef Massimiliano Blasone (who helped to grace Apsleys with a Michelin star just five months after opening – the fastest in London) manages to have perfected a runny, dippy yolk which tastes exquisite with toasted brioche bread which act as refined soldiers. The well-thought-out dishes continue to shine through in the mains, which exhibit some virtuous flavours with precise portions that leave you feeling satisfied without having to loosen the belt by a notch. Unbelievably fresh scallops were cooked to a soft opaqueness inside, with a crunchy exterior providing a contrast in texture and flavour. Served with a light medley of asapargus, papaya and grilled pumpkin, a slightly tart lemon sauce brings the earthy, sweet and tangy flavours of the dish together. The rich flavour of lean Scottish lamb rump is propelled to the spotlight, elevated by the complementary elements of taggiasca black olives and a simple caponata – light and fresh, unlike the claggy versions often served in the aforementioned chains. Everything about One Kensington seems to ooze a quiet confidence. Having simplicity as a central theme can be risky, but Blasone’s Michelin-esque, light-touch approach to superior ingredients translates into a simple menu which certainly doesn’t skimp on finesse. An Assiette dessert, for instance, showcases some phenomenal pastry in a Tarte au Citron, sculptural wizardry in a Araguani Ganache with mandarin segments and an elegant version of Black Forest Gateau which marries fresh cherry with a kirsch diplomat cream. Even a Cannoli Siciliani manages somehow to be graceful, looking more like the dessert equivalent of a Milanese fashionista.

With such an understated reassurance, a magnificent setting at the foot of Kensington Gardens and a masterful skipper at the helms, One Kensington should have no trouble fitting in with its Kensington neighbours, nor nearby brethren in Mayfair. 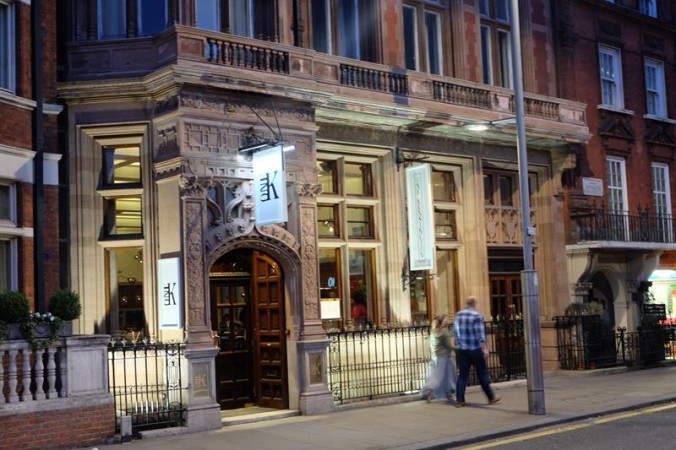 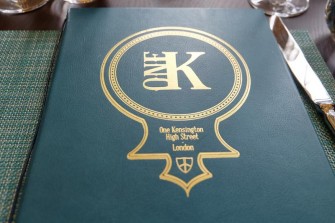 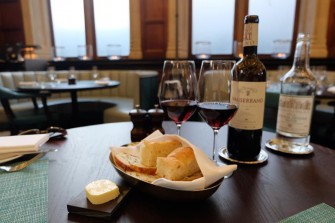 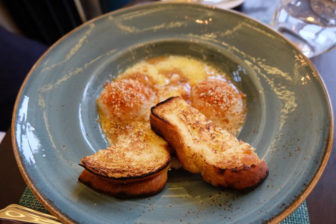 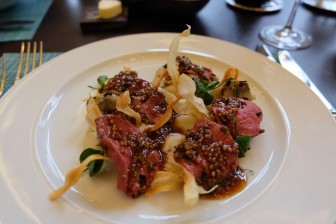 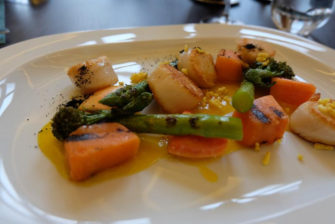 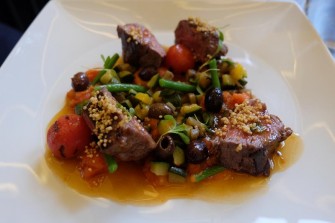 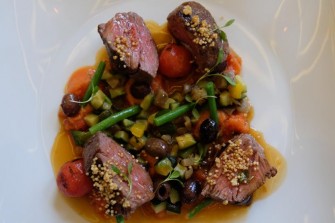 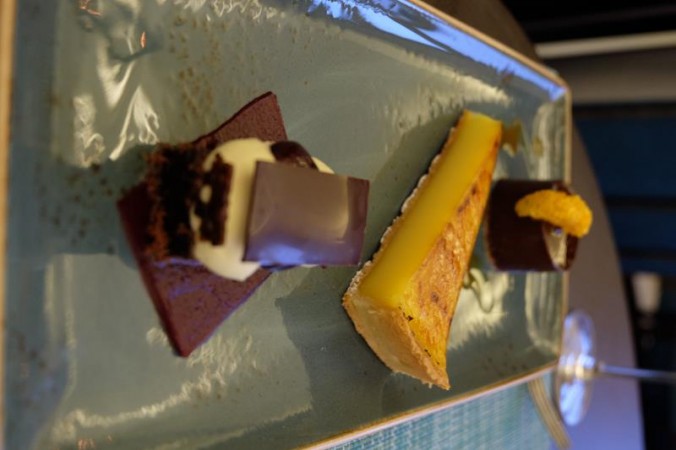