Paolo Nutini at the Roundhouse 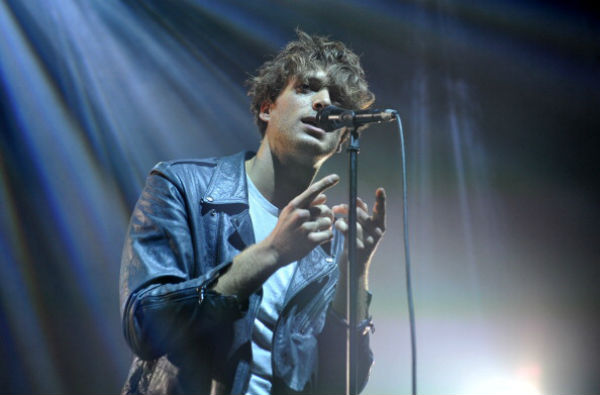 From his family chip shop beginnings, the boy from Paisley has come a long way. Now, aged just 27, it’s strange just how long he has been on the scene, which is coming on almost ten years now. During this time he has released just three albums, and the latest one to date, Caustic Love, is his first in five years.

Nutini has always demonstrated a popular and harmonious blend of Scottish charm mixed with Italian good looks; a real heartthrob for his predominantly female audience. As he announced “I’ve been told I don’t say much on stage…” he doesn’t have to – even this muttering was drowned out by excitable applause. What he doesn’t say in speech, he makes up for in song. Showing a noticeable new-found swag on stage last night at the Roundhouse, Nutini offered us a glimpse into his blue-eyed soul.

One of the opening songs, a cover of Bettye Lavette’s classic Let Me Down Easy, is a great cover that reproduces the true essence of the track, as Nutini’s distinctively scratchy and raspy Celtic voice fits perfectly into the song maintaining its forcefulness. His very own Scream (Funk My Life Up), the lead single to the latest album, is a real funky number that had him offering up a smoothly rapped verse along with Joe Cocker-esque primal screams. The song One Day was a real highlight, sung in the mournful style of Sam Cooke; as Nutini bellowed out in the chorus “I’ll be gone in a while”, the song’s chorus does in fact sound strikingly similar to Cooke’s A Change Gonna Come. Yet Nutini stamps his own mark on it as he demonstrates his remarkable vocal range amid the loud accompanying percussion.

There were a few songs from the new album that didn’t quite strike the chord, most notably Cherry Blossom and Numpty, which although groovy were all a bit too Rod Stewart. Yet, this shouldn’t detract from the great variety of material on display, as Nutini also demonstrated his accomplished acoustic folk style in the slow, softly-sung love ballad Better Man. Then there was time to cap the set off with the epic Iron Sky complete with guitar solos, brass sections, passionate vocals and not to mention unusually (for Nutini) political lyrics, and with its call for freedom maybe the song is a nod to his native Scotland and the upcoming referendum on independence.

Whether it was or not, the song firmly shut the door on the old Nutini. And even as he played his early indie hits Jenny Don’t Be Hasty and Last Request during the encore, it all seemed a tad strained and strange. While still maintaining his youthful glow of 2005, that boy of old couldn’t have felt further away.

Watch the video for Scream (Funk My Life Up) here: