The Immortal Hour at the Finborough 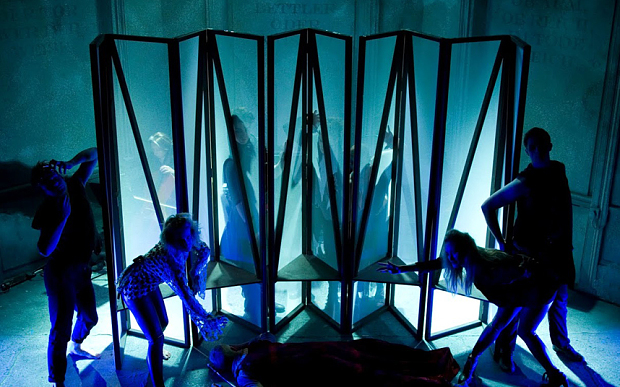 The Immortal Hour at the Finborough | Opera review 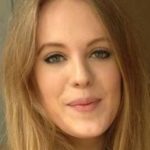 Labelled a “work of genius” by Edward Elgar, The Immortal Hour was the West End’s most successful opera of the 20th century, with an initial run of over 600 consecutive performances. Part of the Finborough Theatre’s The Great War 100, this year marks the centenary anniversary of Rutland Boughton’s pseudo-Celtic fable and, remarkably, the opera’s first performance in London since 1953. 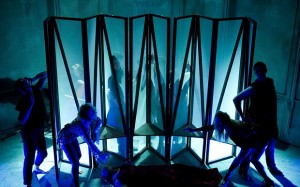 Composer Boughton is as eccentric and elusive as the opera he penned. A co-founder of Glastonbury Festival, where The Immortal Hour had its premiere, Boughton came from a working-class family, was a dedicated socialist subscribing to Ruskin and Morris, and, heavily influenced by Wagner, composed a variety of Arthurian “music dramas”. Adapted from Fiona Macleod, aka William Sharp’s, play of the same name (himself another unconventional character whose pseudonym Fiona was part of a life-long secret identity), The Immortal Hour is steeped in Celtic folklore with assertions to Ancient Greek myth.

Squeezed into the Finborough’s cosy surroundings, Benji Sperring’s revival of the neglected work, is given a 21st century spin, with angst-ridden immortals clad in cut-off denim and leather, lashings of blood and gory-faced demons. Set in a shadowy forest, Dalua Lord of Shadow ensnares wandering Etain, a supernatural spirit, forcing her to forget her paranormal origins. He grants her to earthly king Eochaidh, making Etain human for a year, or an immortal hour, until her spectral love Midir comes to claim her.

From designer Bethany Well’s towering, minimalist podiums, to musical supervisor Eamonn O’Dwyer’s truncation of the orchestra to a flute, clarinet, cello and keyboard quartet, the production is pared back and sparse. Although the music works well, each instrument adding a macabre eeriness with ghoulish sound effects peppered through the melody, a heavily cut score stunts the piece’s musical structure and means that much of Boughton’s eerie beauty is missed.

Sperring deviates from the original operatic tone, casting musical theatre singers for all parts. At times this decision compromises the impressiveness of Boughton’s score and the singers are often not dexterous enough to  the intricate melodies justice. Not until the very final moments does the production really come to life, when Thomas Sutcliffe’s Midir brings some much needed energy to the stage with his sparkling tenor and spirited movements, and Lee Van Green, whose smooth, lyrical bass tones standout immediately from the rest of the chorus, is finally allowed to showcase his talents.

The Immortal Hour is on at the Finborough until 26th August 2014, for further information or to book visit here.