M!R!M at the Shacklewell Arms 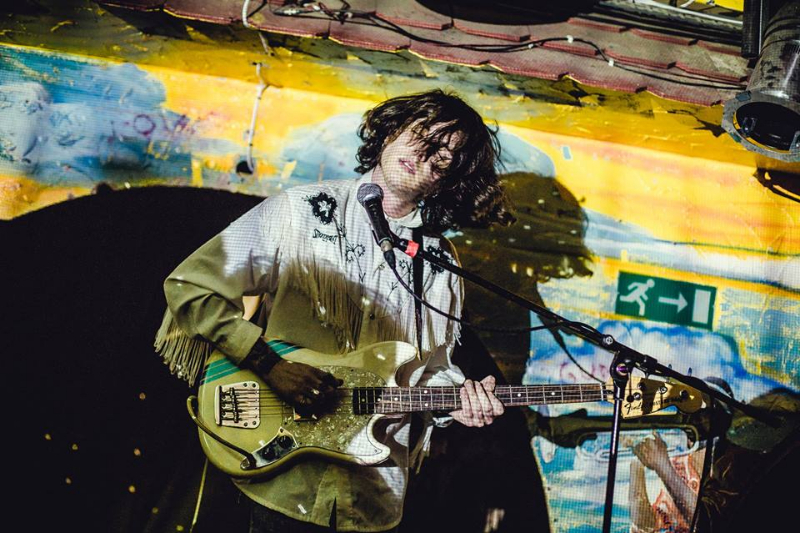 M!R!M is the solo project of Jack Milwaukee, from Tuscany, Italy who plays a weird brand of shoegaze, darkwave, industrial, chaos and post punk and recall a lot of other bands while occupying a space that is uniquely his own. Last night we were lucky enough to catch a free headline show at the Shacklewell Arms in Dalston. The music is all written by Milwaukee but playing live he is joined by Natalie Bruno on synth and bass, while he plays guitar and sing. The pair manage to create a huge wall of sound that is deeply visceral and emotive. Every song feels like you are standing in a wind tunnel at the brink of a horrifying and profound revelation.

Milwaukee stands at the forefront of the onslaught, entranced in the music and whipping the scene into frenzy as he delivers vocals that shift between haunting melodies and muted screams, reined in by effects that allow them to dissolve smoothly into the noise. The music resists being defined by genre and seems to have more of an affinity with Michigan band S4LEM than any of their post-punk contemporaries (although it is definitely not trap or witchhouse).

The songs conjure a dense, intoxicating atmosphere and their strength lies in their ability to harness a raw power that would be abrasive in other hands, and make it so palatable that it captivates the senses with ease and grace.

M!R!M have two EPs and two albums under their belt and an upcoming show at The Waiting Room in Stoke Newington in September where entry is again free of charge. Go and see them if you can – they are easily one of the most exciting acts in London right now and their days of playing free shows may well be numbered.

For further information about M!R!M and future events visit here.