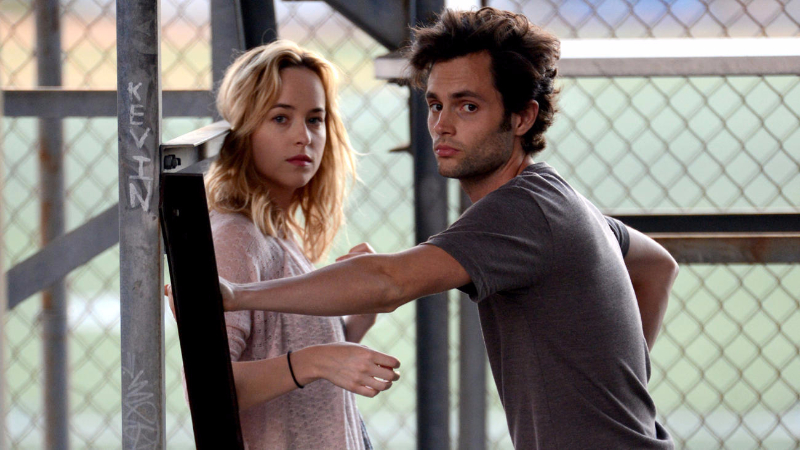 Michael Almereyda opts for style over substance in his anachronistic retelling of this unpopular Shakespeare play. The experience, however, is one undoubtedly more favourable to his previously austere literary adaptation, Hamlet (2000). A pulsing synth soundtrack and slow-motion close-ups are served up alongside Cymbeline’s opening exposition statements. The influence of Nicolas Winding Refn – as well as Baz Luhrmann – can be detected immediately, though a baffling plot, undeveloped ideas and a farce of a finale find Almereyda’s efforts coming up short.

Opting to preserve Shakespeare’s dialogue in this modern American setting provides one of the film’s rare pleasures. Though cut down extensively, the words “I pray you, spare me,” uttered by Imogen (Dakota Johnson) as she stomps up stairs to her bedroom work predictably well. There, however, any genuine moments of synthesis between Shakespeare’s play and this updated setting end.

Cymbeline – played by Ed Harris in a leather jacket – finds himself king of the Briton Motorcycle Gang, whose adversary is the chief of Roman police (Vondie Curtis-Hall), their dispute rooted in an ongoing drug war. If all these role transitions hint at some sort of inspired reading of modern America, such intentions are not realised on screen. Instead, any changes to the story seem cosmetic, which is probably the best way to describe the film itself.

Yet ultimately, this rendition is sleek but shallow. And sleek it is, with some well-lit scenes from long-time David Gordon Green collaborator Tim Orr employed as Cymbeline’s cinematographer. The palette is a burned-out auburn colour, with jet-black biker jackets and striking landscapes serving up a feast for the eye; frankly, it’s a shame the brain doesn’t receive as much nourishment.

Cymbeline does not have a release date yet.

Watch the trailer for Cymbeline here: