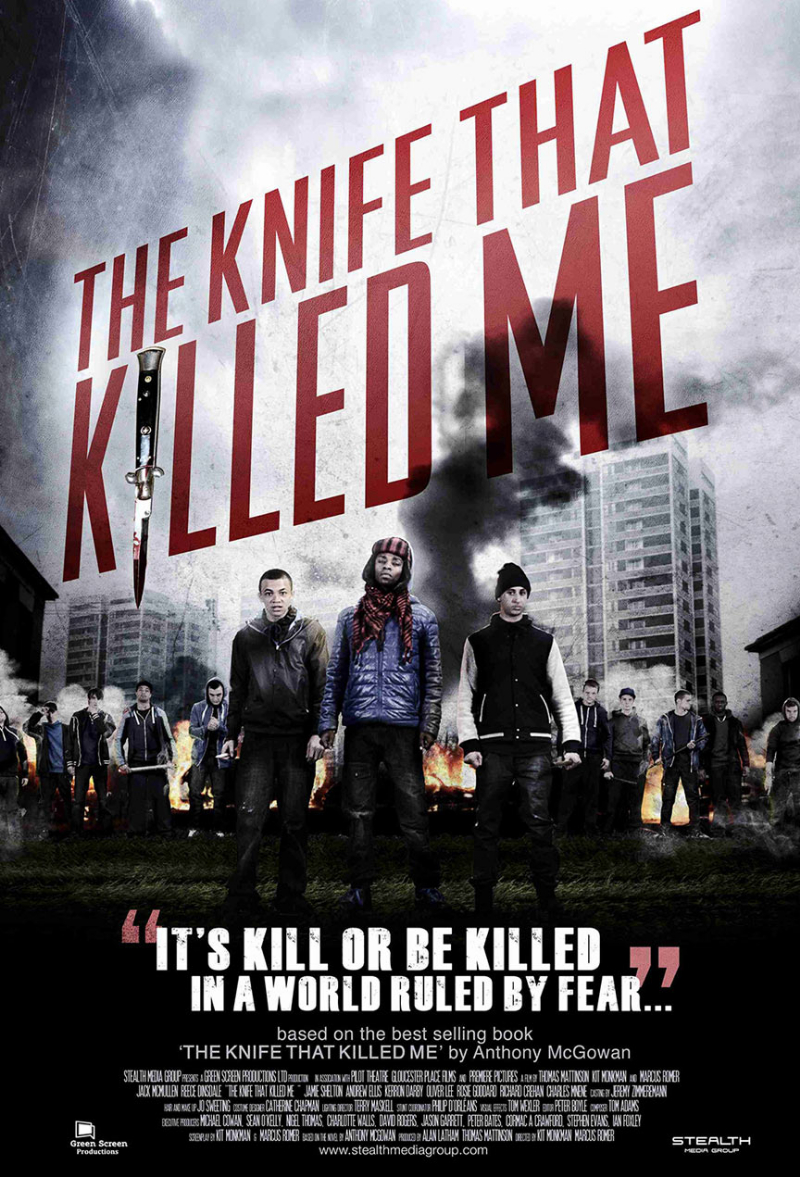 The Knife That Killed Me | Movie review

It’s not so much the narrative that makes The Knife That Killed Me noteworthy, rather the unique style and sense of involvement it conjures. Based on a novel of the same name, our protagonist 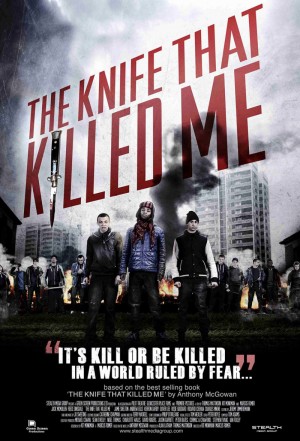 Paul Varderman, played by young actor Jack McMullen, recounts the tale of his impending death. It’s your basic gang movie, with an added splash of Sin City. Filmed entirely on green screen, directors Kit Monkman and Marcus Romer combine sketches, writing and animation to create a distorted yet panoramic view of the story. This was a big risk as it defines the movie, but it definitely paid off. It was by far the triumph of the whole production.

The style of the movie is dynamic to say the least and good enough reason to watch this film, but the story and performances leave a little to be desired. Most the performances have an A Level drama feel to them, from both generations of cast. The stage-like direction probably didn’t help with this, as the darkened scenes and broad acting choices made it feel very much like a play. The most notable performance comes from the school bully Roth, played by one of the more experienced young actors in the cast, Jamie Shelton. His chilling portrayal of a boy, villainous well beyond his years, transcends the typical school bully, and personifies the world’s evil rather than his own.

The story itself, despite a few twists and turns, is linear, as often is the way with gang movies. The introduction of the school cliques, including “the chavs” and “the freaks” summons comparisons with more light-hearted teen movies like Mean Girls, almost certainly to its own detriment. The frivolity of school life undermines the seriousness of the overall subject matter and takes away from the pertinence of the resolution.

Despite this, the movie still makes a significant impact through its style. Although there are some elements that lack a little finesse, the overall effect of The Knife That Killed Me as a cautionary tale of peer pressure and responsibility is impactful.

The Knife That Killed Me was released on 24th October 2014.

Watch the trailer for The Knife That Killed Me here:

Related Itemsmoviereviewthe knife that killed me

The Coral – The Curse of Love | Album review
Interstellar: the greatest movie of 2014 | Movie review